Amid the melody of "Theme from Schindler's List," an unusual concert entitled "Bei La – Song of Survivors Concert" was staged at Shanghai Concert Hall last Saturday, featuring a variety of performers.

Themed upon Jewish refugees during World War II who found sanctuary in China, the concert is named after Chinese-Canadian writer Bei La's novel of the same name, which was published in 2019, about the story inspired by Mike Medavoy's parents who worked and lived in Shanghai during WWII.

Born in Shanghai in 1941, Medavoy is a celebrated Hollywood producer. He has been involved with more than 300 feature films, of which 17 have been nominated and seven have won Best Picture Oscars.

In 2012, Bei paid a visit to Medavoy's house in Beverly Hills, and the producer took Bei to a piano recital. A Jewish pianist shared her family experiences, which deeply touched Bei.

Born in Shanghai, Bei then made up her mind to organize concerts in her hometown to share the stories of Jewish refugees in Shanghai from that time.

"The concert reproduces some excerpts of my novel in the form of music," said Bei. "My novel mainly expresses one of the main principles of the spirit of my hometown of Shanghai – be open to diversity. The city accepted Jewish refugees with compassion and love. My novel shows the humanitarian spirit of the city, which is my mission as a writer." 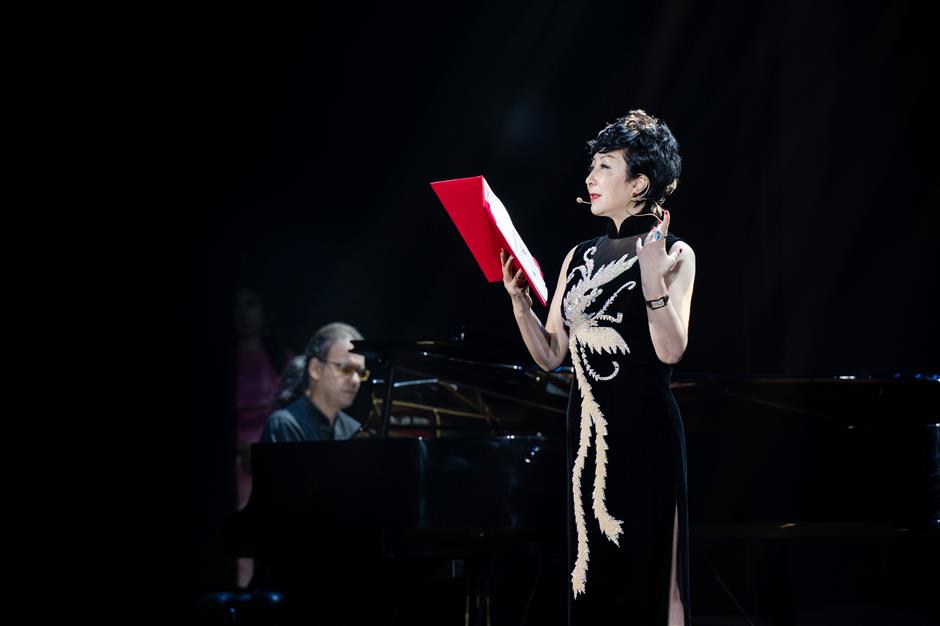 Bei La organized a concert in Shanghai to share the stories of Jewish refugees in the city during World War II.

Apart from reciting poems, Bei also sang the "Song of Survivors," which was one of the highlights of the concert. Its melody was adapted from Jewish ballads, and its lyrics were written by Bei:

With her parents lost in the war, she fled to Shanghai with the crowd

A suitcase full of picture frames and weeping violins

The Captain of Noah's Ark stood by the river and called ... 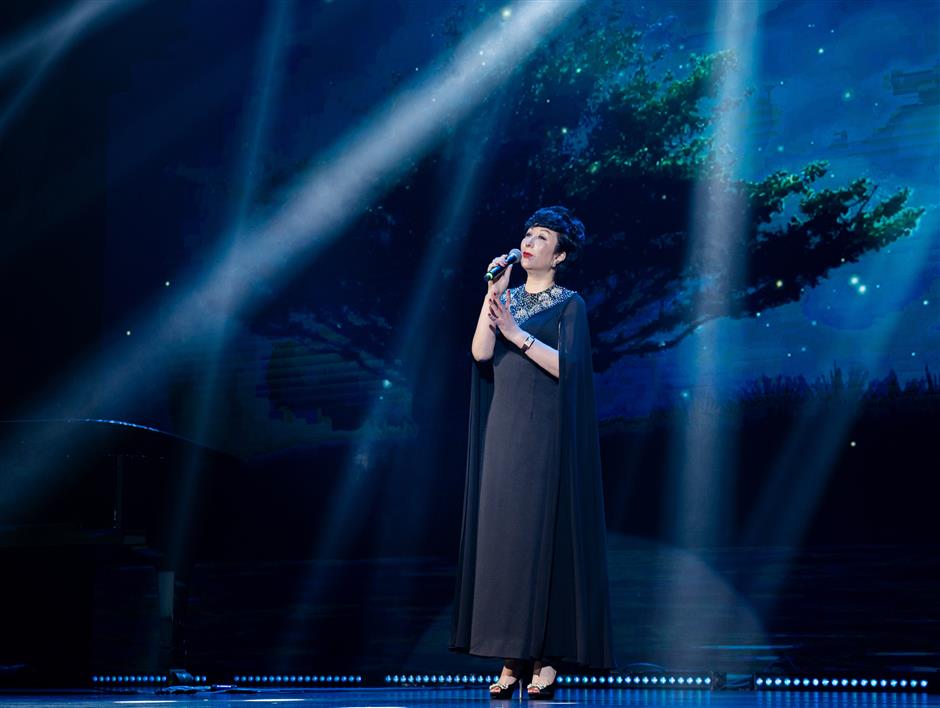 Bei sang the "Song of Survivors," whose lyrics she wrote herself, at the concert.

Zhao Qizheng, former director of the Information Office of the State Council and former vice mayor of Shanghai, addressed the concert.

"When I worked at the Information Office of the State Council in Beijing more than 20 years ago, I proposed and promoted the publication of the album 'The Jews in China,' which I sent to many Jewish friends," said Zhao.

"I also sent it to a very special writer friend, Bei La. She has great reverence for Jewish people and culture. She said the album had a large impact on her novel."

Zhao also said that history shows us the cruelty of war as well as the evil of racism, and at the same time, it encourages us to strive for world peace.