Titled "Beholding with Awe," the exhibition aims to stimulate a dialogue between the two artists with different artistic languages.

Luo, who is engaged in sculpting and ceramics, excels at carving the distinctive character of human figures. For example, he created "Seven Sages of the Bamboo Grove," a work depicting a group of Chinese scholars and poets of the mid-3rd century who banded together to escape from the hypocrisy and dangers of the political world to a life of drinking and writing in the country.

Luo weakens the body's structure and instead emphasizes or exaggerates the trait of the figure. Apart from the ancient literati, men and women living in cities also become subjects under Luo's hands with whom visitors might feel familiar in their ordinary lives. 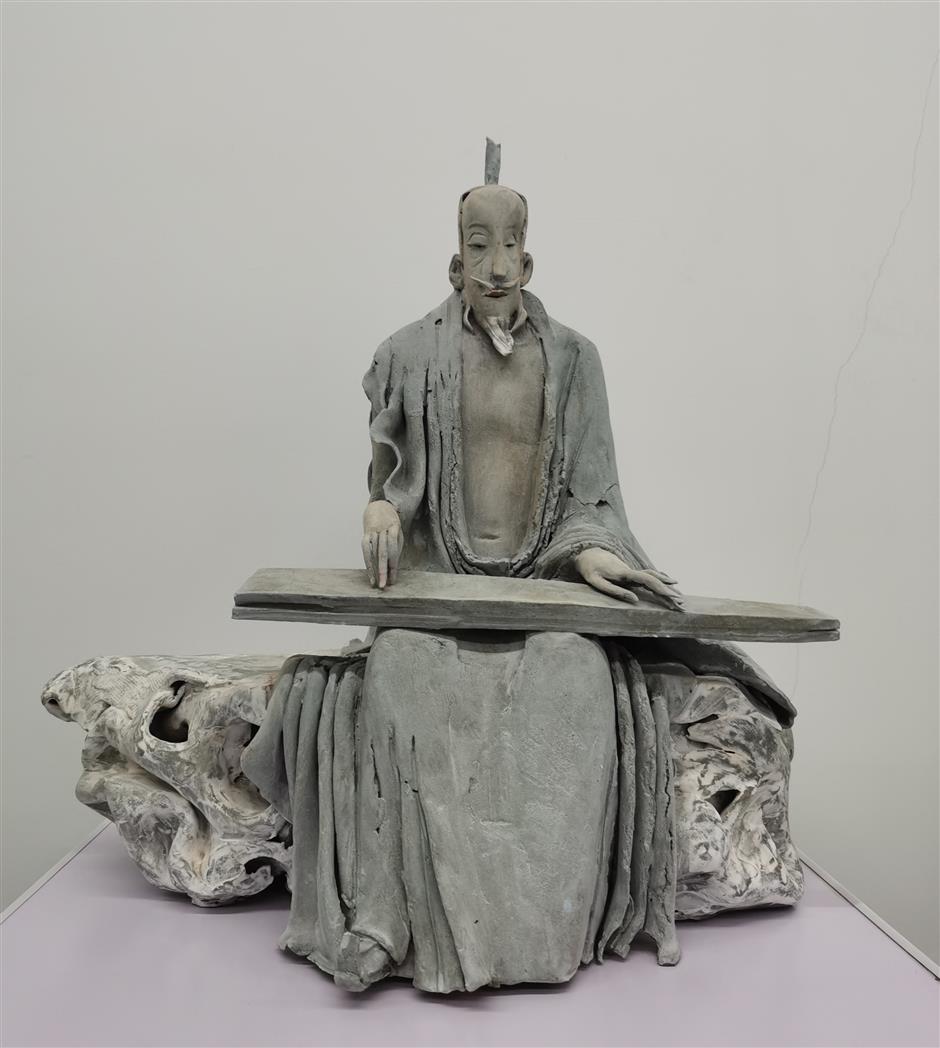 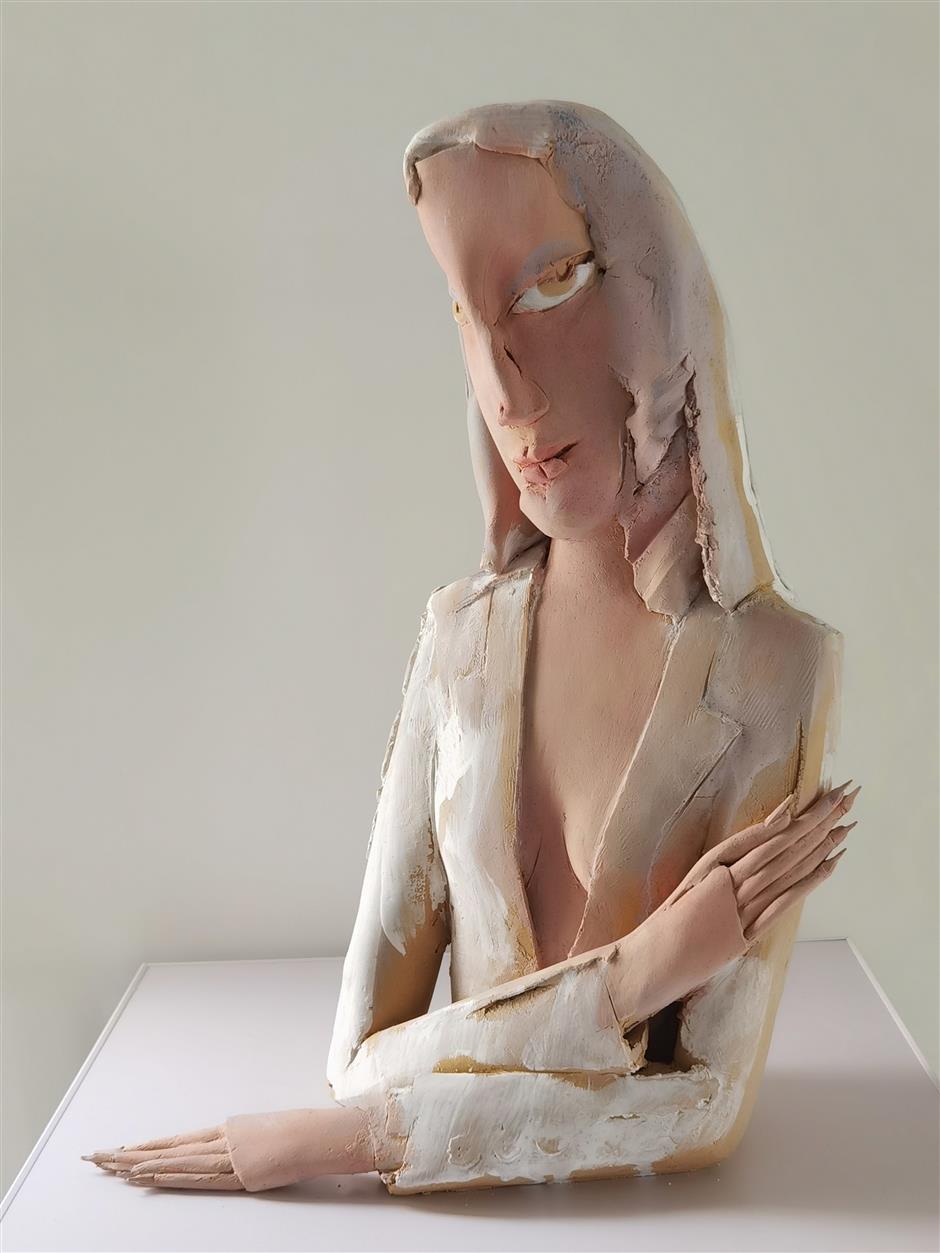 Different from Luo, Lin impresses viewers for the materials he applies to his sculptures.

For example, his "Mountain" series displayed at the exhibition is inspired by traditional Chinese ink-wash painting, but his rendering is a bit different. A hard metallic plate replaces the soft rice paper, and a blowtorch replaces the brush. The hollowed patterns, the metallic luster, plus the solid perspective all together seem to transform the traditional ink-wash painting into a contemporary sculpture.

According to the organizers, both sculptors pursue the breakthrough of a new artistic language based on basic traditional sculpting. 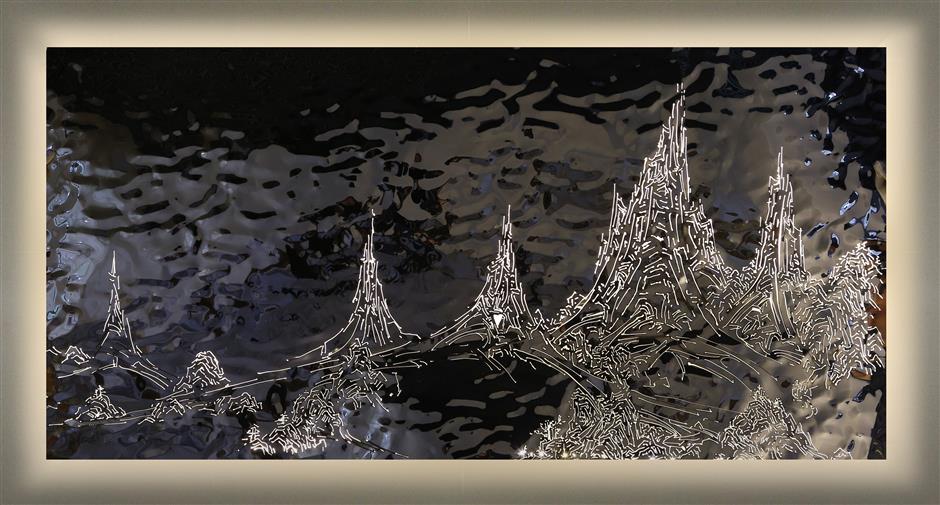