Ancient artwork and pottery on display at Hangzhou Museum

To celebrate the 20th anniversary of its founding, the Hangzhou Museum is displaying 158 pieces of ink-wash paintings, porcelain, sculptures and seals ranging from the Neolithic Period to the late Qing Dynasty (1644-1911) at the No. 18 at Liangdaoshan Exhibition through February 13, 2022.

Among the exhibits, about 70 antiques are being shown to the public for the first time after remaining in the museum's storeroom for 20 years, including 29 pieces of national top-level treasures. Visitors to the exhibit can get a well-rounded historical picture of the city of Hangzhou.

One of the top-notch treasures is a Southern Song Dynasty (1127-1279) oval-shaped fan. It portrays a bird standing on a fruited branch. The painter used light ink to vividly depict the animal's expressions and postures. The red fruits look plump and succulent. In the artist's hand, a single stroke produced astonishing variations in tonality, from deep black to silvery gray.

Though the author of the painting is still unknown, the skills shown typify the heyday of ancient oval fan painting. It is a testament to the aesthetics of that dynasty, since the then royal court preferred minimalist styles rather than ornate painting genres.

According to historical archives, oval fans dominated the society during that era. They were made of bamboo strips and covered with silk. Ink paintings and poems were painted on the surface, making them popular with women of nobility. 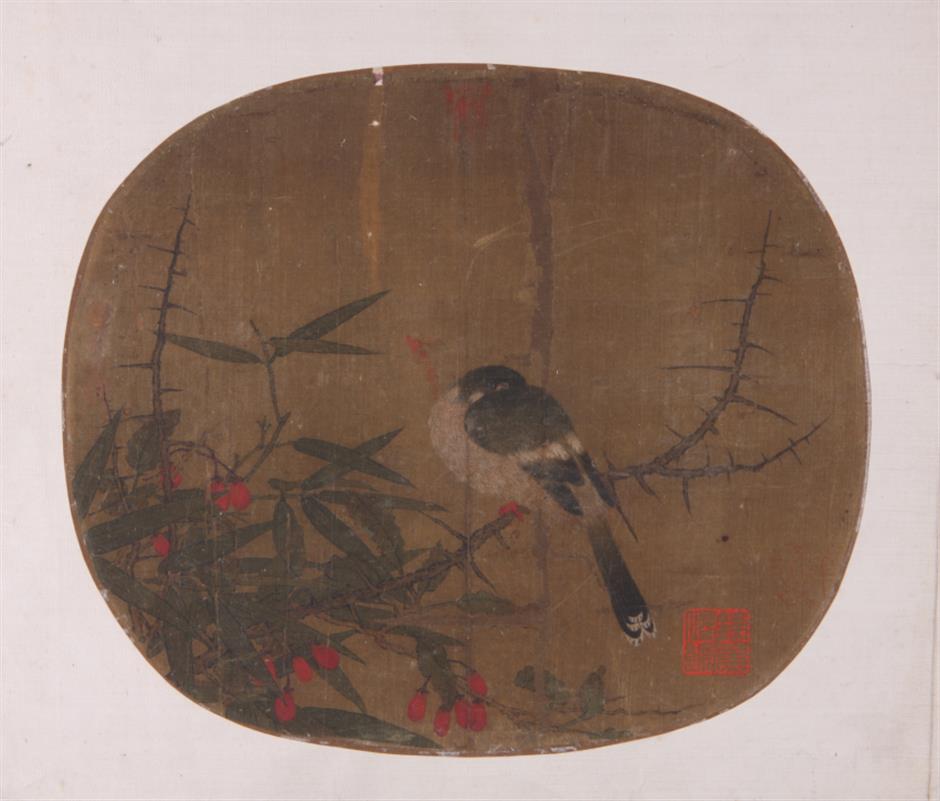 In ancient China, ink-wash painting on a fan was a unique art variety. It differentiated from other traditional painting types, thanks to small size, special shapes and materials.

When Hangzhou was made the capital during the Southern Song Dynasty, the city had thousands of fan makers. Artists, craftsmen and workers who followed noble families poured into the city. Streets were dotted with shops selling fans.

Another highlight also comes from the Southern Song Dynasty. The whitish-green glazed celadon art was created by integrating the techniques of northern and southern China's ceramic industries and then developing multiple shades of green glaze.

There is also an incense burner unearthed from Geling at West Lake on display. During the Southern Song Dynasty, Buddhism and Taoism were prevalent in Hangzhou. Devout believers built temples and pagodas around the city and burned incense to worship Buddha and Laozi.

The incense burner imitated the design of lian (奁), a type of mirror case from the Warring States Period (475-221 BC). People in the Southern Song Dynasty produced handcrafts mimicking the styles from that era.

Another top-flight treasure also reflects the proliferation of Buddhism in ancient Hangzhou. The displayed stone pagoda featuring refined carving skills was unearthed from its original location of Lingfeng Temple. In the 1980s, local archaeologists combed through the ruins of the centuries-old temple and found a batch of stone figurines, sculptures and tablets.

Hangzhou was dubbed "Southeast Buddhist Country" by virtue of thriving Buddhism centuries ago. The discovered relics provide historians with precious materials to learn about the transition from the Tang Dynasty (AD 618-907) to the Song Dynasty in the field of Buddhist art. 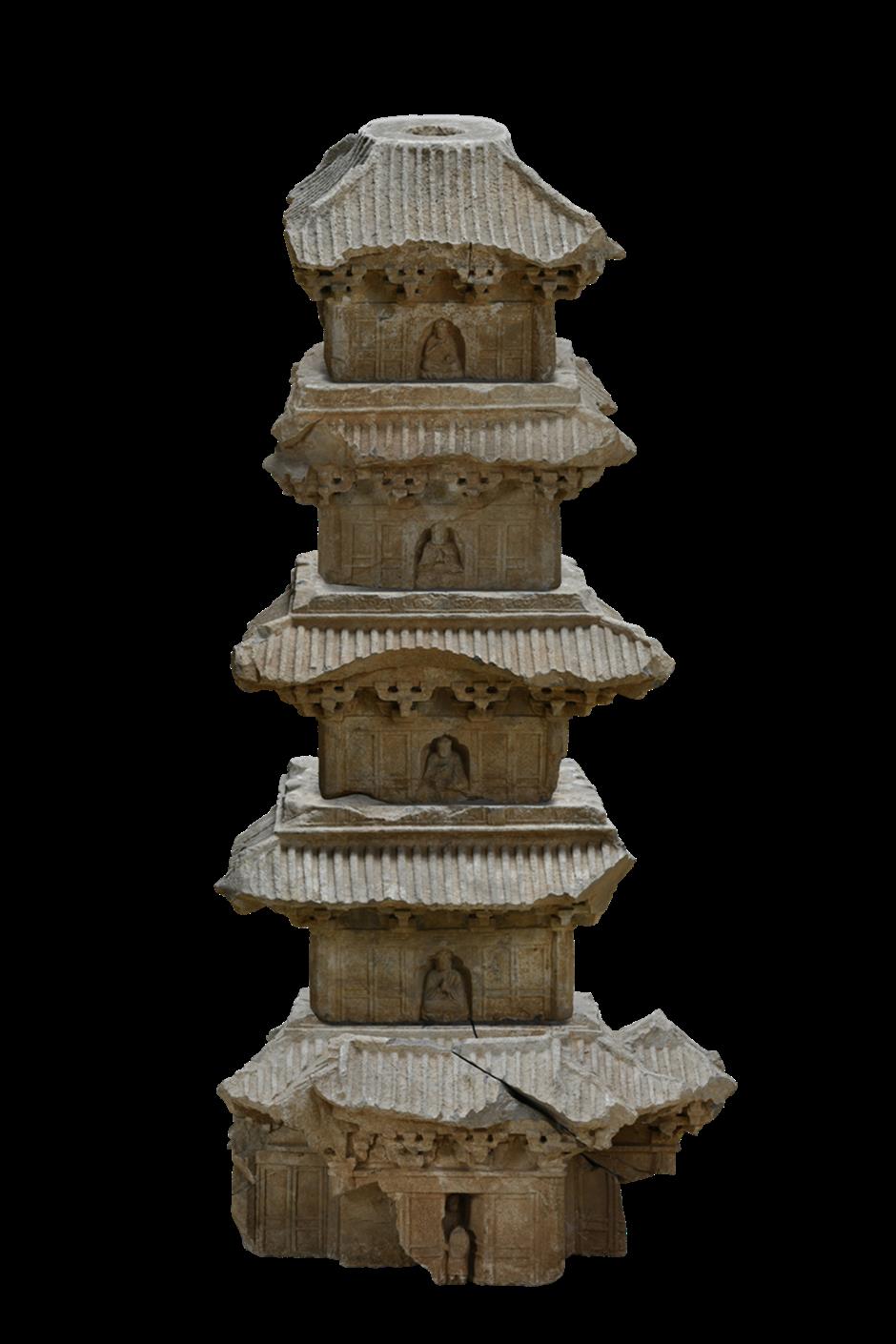 Besides religious antiques, the exhibit also shows daily utensils that can help visitors learn about the lifestyle in ancient Hangzhou.

The lacquered food container made in the Qing Dynasty was used to take food to cemeteries to worship ancestors during the Tomb-Sweeping Day.

The object covered with lacquer was moisture, heat and corrosion-resistant, as well as smooth and shiny. It was coated with around 100 layers of lacquer that was dried, smoothed and polished, making it thick enough to be carved with auspicious lotus and plum blossom patterns. The vessel then was coated again to seal the patterns in place.

One piece can take years to complete, depending on its complexity. Thanks to the time-consuming process and high price, such lacquered food containers were a luxury product exclusive to wealthy people in ancient Hangzhou. The exhibit showcases the lifestyle of the upper class centuries ago.

Hangzhou's history of making lacquerware dates back to the Neolithic Age.

An unearthed lacquered bow excavated in Xianghu Lake is believed to be the earliest lacquered object found anywhere in the world, giving credence to the theory that Hangzhou was the origin of China's lacquerware culture. 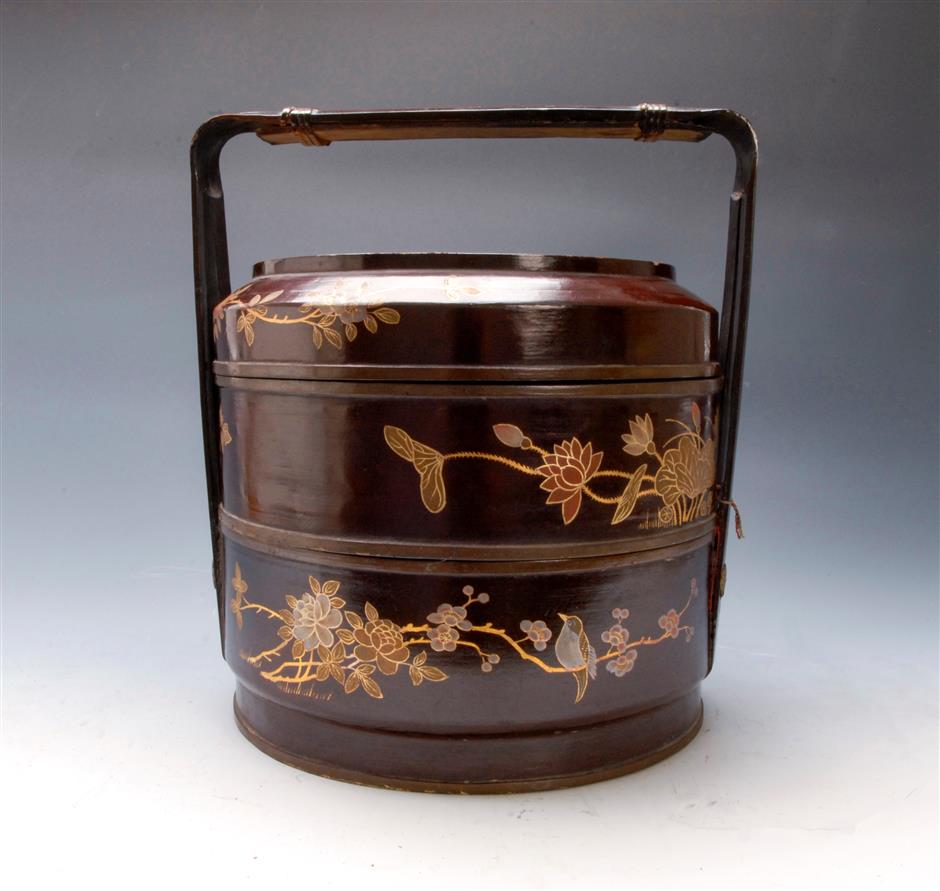