Exhibition on epigraphy genius of He Shaoji 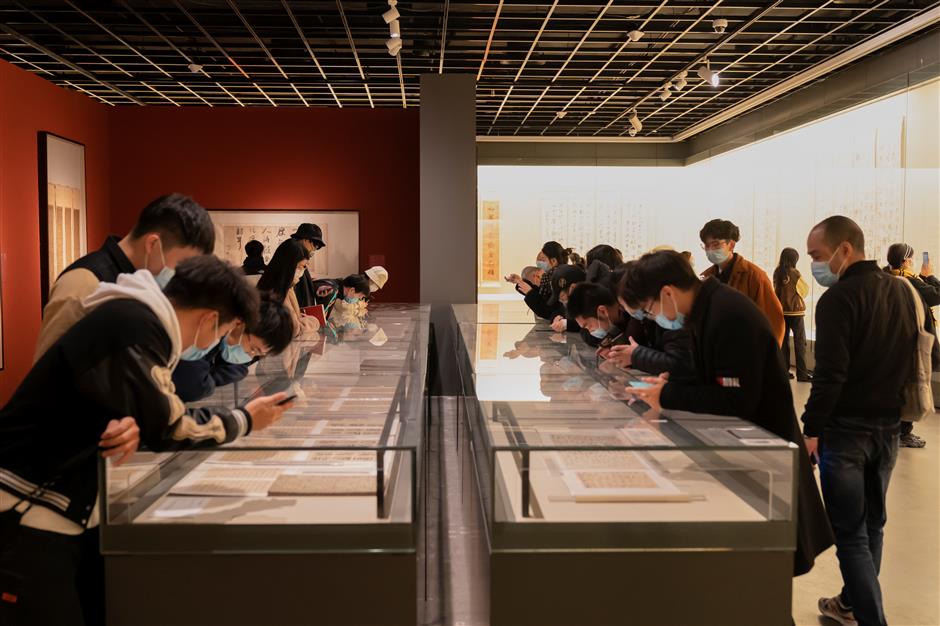 Visitors enjoy the calligraphies of He Shaoji.

Inscriptions on stone surfaces during the Tang (AD 618-907) and Song (960-1279) dynasties provided a wealth of knowledge to scholars in subsequent dynasties.

The scholars invented rubbing methods to reproduce inscriptions on surfaces, turning three-dimensional inscriptions into two-dimensional marks on paper. Gradually the methods developed into a branch of Chinese epigraphy, attracting endless streams of literati.

During the Qing Dynasty (1644-1911), leading royal court official He Shaoji (1799-1873) gained fame by virtue of his superb talent in calligraphy and epigraphy.

Now, an ongoing exhibition at Zhejiang Art Museum displays 150 pieces of his top-flight works, offering people a well-rounded picture of the gifted man.

He was born into a literary family in Hunan Province and started to learn calligraphy when he was a kid. At the beginning, he mimicked the regular and semi-cursive script styles of master Yan Zhenqing (AD 709-784) and then developed his own writing style.

He visited Zhejiang Province seven times. He was apprenticed to Ruan Yuan (1764-1849), governor of then Zhejiang Province, and built a deep friendship with Monk Liuzhou (1791-1858) who lived in Hangzhou's Jingci Temple and invented a rubbing technique known as quanxingtuo (全形拓), a 3D rubbing method. 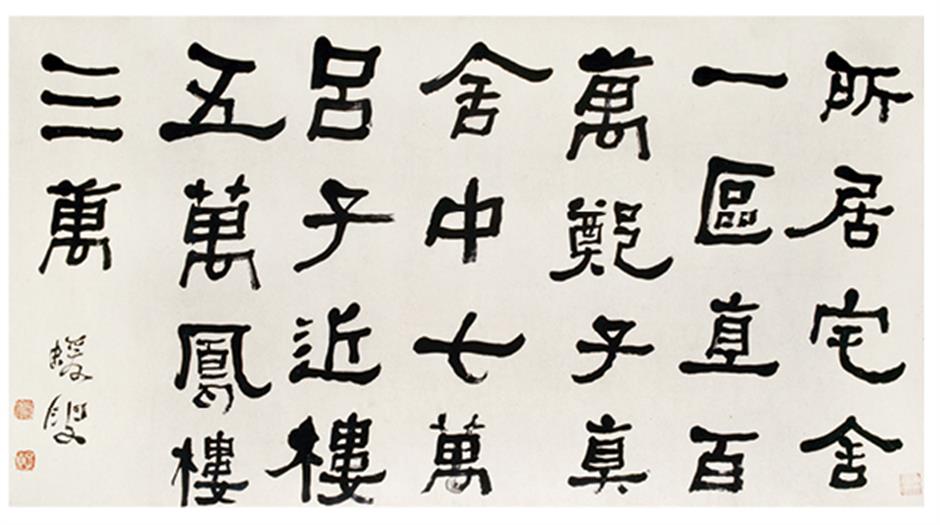 A piece of work written by He Shaoji is on display.

The exhibited calligraphic works show his genius in handling strokes and designing characters' layouts and how He gradually diverted from Yan's style to start building up his own.

At the age of 24, He started to travel around China, searching for precious stone inscriptions. Finding Ruan in Hangzhou was a milestone in his life. Under the influence of Ruan, He decided to reproduce ancient stone inscriptions and spent over 40 years exploring the art field of epigraphy.

Rubbings were the only media for scholars to reproduce inscriptions. Making top-notch rubbings required not only skills, but also calligraphic talent. In a bid to look for rare rubbings and engraved tablets from ancient masters, He traveled thousands of miles within three years and reproduced piles of rubbings.

His obsession with stone inscriptions gave a boost to the development of Chinese epigraphy, and his friendship with Ruan and Liuzhou improved epigraphic exchanges between Zhejiang and Hunan provinces.

In the late Qing and early Republic of China (1912-1949) era, when a myriad of art societies thrived across the country, a group of noted epigraphers established the Xiling Seal Society in Hangzhou.

Thereafter, Xiling has cultivated generations of epigraphers, carving out a new era of Chinese epigraphy and turning Hangzhou into the center of modern-day epigraphy.

The exhibition aims to revive the old tradition among young people and boost epigraphic exchanges again between Zhejiang and Hunan provinces.