Antique artworks up for auction in Shanghai

A bevy of antiques, including modern ink-wash paintings, calligraphy works and porcelain, will go under the hammer at the 2021 Council Autumn Auction on Wednesday at Shanghai Grand Theater.

The highlight is Qi's "Crossing the River to Spread Doctrines." Widely considered as one of the greatest Chinese painters of the 20th century, Qi fuses Chinese tradition with innovative forms and style.

Qi is a pioneer who brought freshness and spontaneity to traditional subjects on rice paper, varying from birds, flowers and insects to scenery and landscapes.

However, the painting to be auctioned is quite different. The work features a man holding a bowl floating over a panel on the river, a quite rare scene among his renderings. Qi uses very succinct and simple brushwork in this depiction, conjuring up a seemingly wild and unbridled setting. 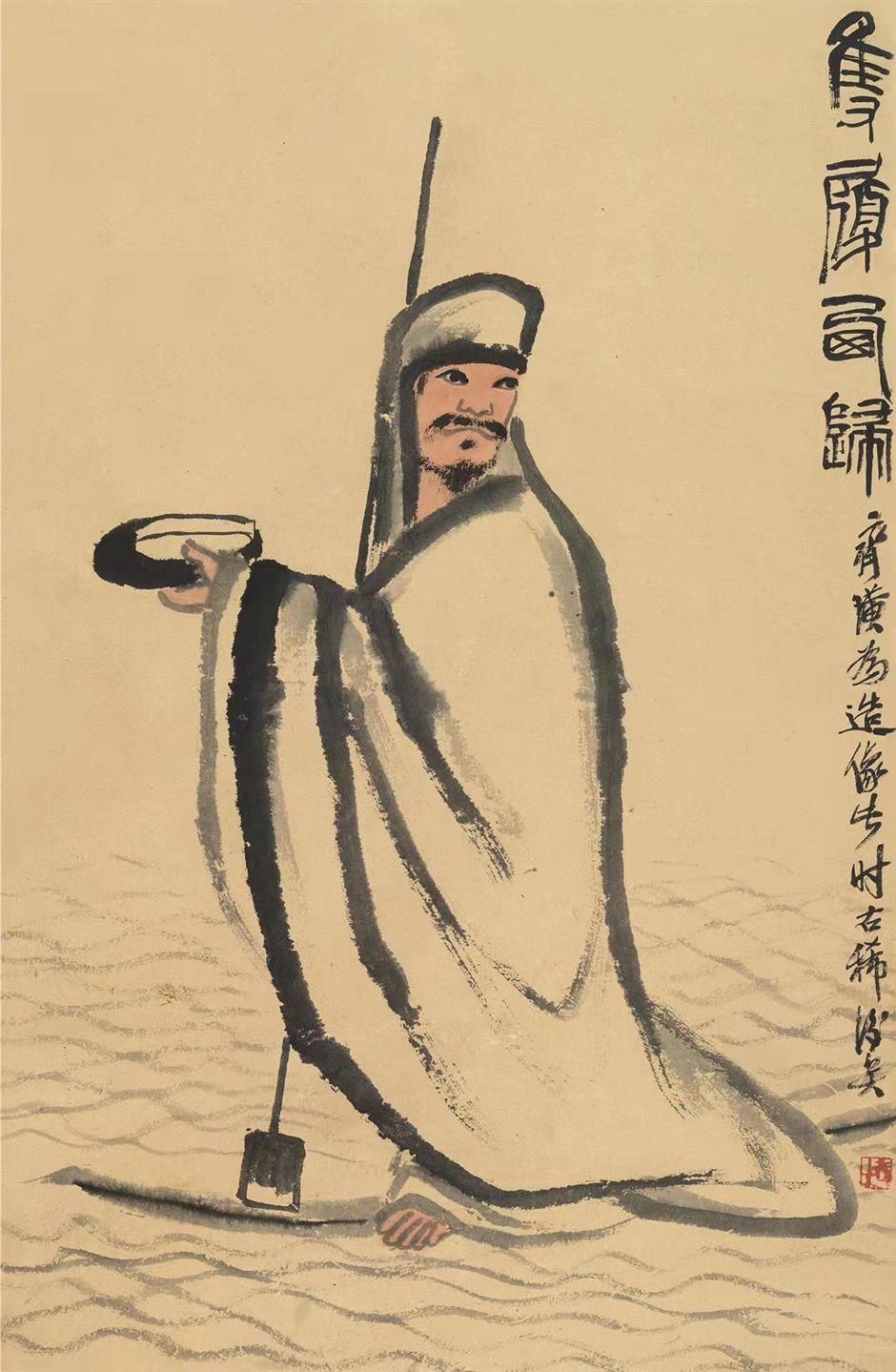 "Crossing the River to Spread Doctrines" by Qi Baishi