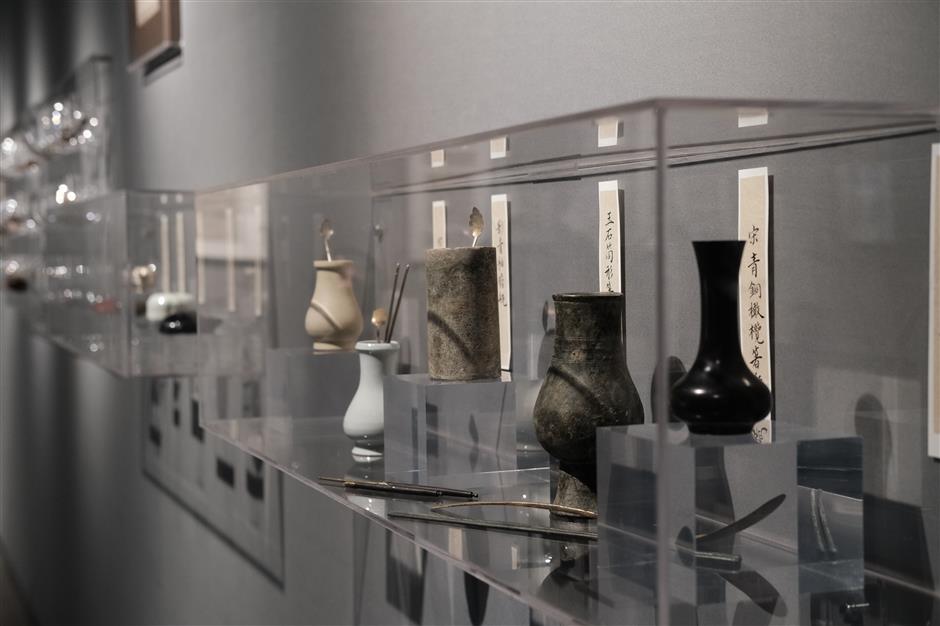 Incense containers made by Ge Xiangqi

The Han Meilin Gallery inside the Hangzhou Botanical Garden is hosting an exhibition that captures the detailed lives of people from the Song Dynasty (960-1279) .

The exhibition was put together for International Museum Day on May 18 and will be on display through July 18.

Incense burning is a Buddhist ritual. As it burns, believers pray in front of the Buddha. The censers discovered in temple ruins across China were used for this purpose.

An incense container made by Ge Xiangqi

Incense has long been thought to be beneficial in creating a tranquil environment and refreshing the mind. The practice reached its apex during the Song Dynasty, when it became a way of life for the literati. They lit incense while reading, playing the Chinese seven-string instrument, writing calligraphy and participating in religious rituals.

Mythical creatures have always appeared on censers as a symbol of protection dating back millennia. However, as evidenced by Ge's exhibits, modern artists are gradually abandoning such mythical shapes in favor of minimalist designs.

During that dynasty, craftspeople fired daily-use vessels and containers for flowers because scholars and literatus practiced flower arranging and bonsai planting.

Several classic designs were created by ancient artists and have persisted in art for centuries. Some of these are still the most popular celadon types, such as meiping (梅瓶), feng'erping (凤耳瓶) and dajiping (大吉瓶).

Xu uses a branch and a chrysanthemum to evoke the aesthetics of the Song people for her flower arrangement. The flower arrangements from that era often take on a vibe of silence rather than ornate floral designs.

In Chinese culture, tea ceremonies are an important affair. However, in contrast to modern drinking habits, the Song people pioneered a new method of consuming tea known as diancha (点茶) – the preparation of finely ground powder from processed green tea.

The preparation and consumption of powdered tea became a ritual, complete with a series of performances, procedures and specific criteria for using tea leaves and vessels.

Although some vessels are no longer used in modern tea ceremonies, they are considered classic designs and have found favor with contemporary porcelain makers. Zheng's Song Dynasty-style containers are on display at the exhibition.

Zheng's ceramics are distinguished by muted shades and quiet simplicity. Clay composition and glazing techniques have been modified by modern artists to create whitish, bluish, yellowish and pinkish-green varieties. Connoisseurs admire and seek out their elegant shapes and jade-like texture. 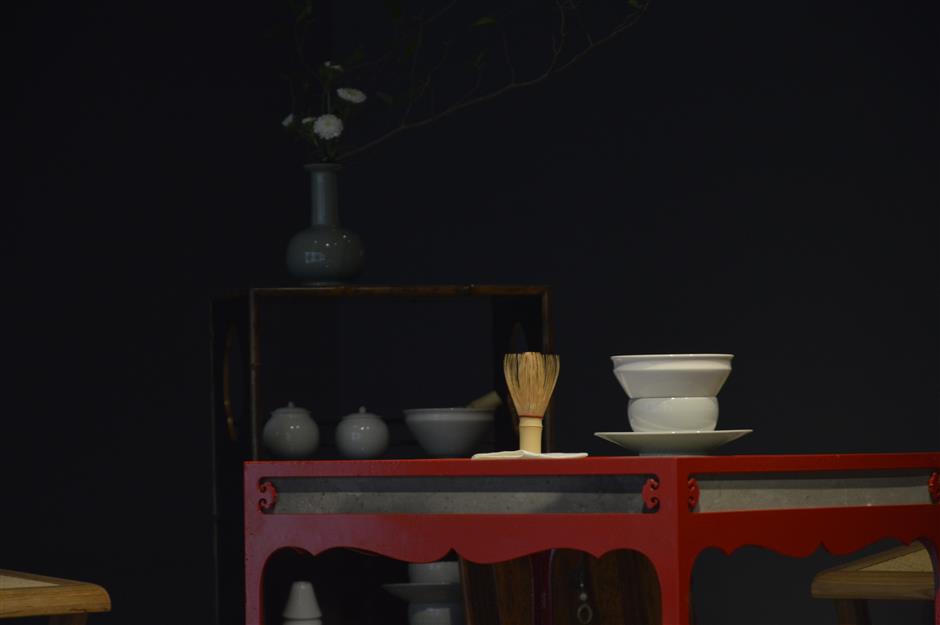 Visitors will also get to see the works of 86-year-old Han Meilin, who donated hundreds of his works to Hangzhou government. Paintings, porcelain and folk art were among the items donated by Han and are currently on display at the gallery.

Han donated 1,000 of his works to Hangzhou in 2005. That same year, the gallery bearing his name was built. The second phase of the gallery was completed in 2011, along with 500 additional works by him.

The gallery had a new addition in 2020. The focus of the new 1,500-square-meter exhibition space is on education. It combines public space with an interactive experience to encourage young people to engage with art.

Date: Through July 18, closed on Mondays

Admission: 10 yuan (US$1.4) for Hangzhou Botanical Garden. The exhibition is free.