More than 100 terracotta molds made and collected by contemporary artist Shi Hongling are on display at Hangzhou's Museum of Seawall Site through August 31.

Terracotta, or baked earth, is a type of clay-based, unglazed ceramic for sculpture and utilitarian uses including vessels, tiles and bricks. The terracotta warriors of Emperor Qin Shi Huang (260–210 BC) is arguably the most famous artwork of this type in the world.

About 3,000 years ago, tribes living along the Yellow River began producing terracotta molds to cast their totems and characters – the earliest use of such unglazed ceramics in the country.

"Clay was accessible to me as I grew up by the Yellow River, and terracotta molds were common toys in my childhood. Collecting molds has been my favorite pastime for years," said Shi. "Today, I am a sculptor creating urban sculptures. The nostalgia and childhood experience have deeply influenced me."

Dating back to the Qin Dynasty (221-206 BC), terracotta sculpting was a form of funerary art in which terracotta warriors were buried to protect an emperor in his afterlife. Later in the Han (206 BC-AD 220) and Tang (AD 618-907) dynasties, such brownish / orange protective-spirit figurines and servants often decorated interior walls of mausoleums.

However, things changed in the Song Dynasty (960-1279) as terracotta molds gradually evolved into popular toys. Some ink-wash paintings of that period portrayed children holding the toys. The art was popular in Hangzhou when it was made the country's capital during the Southern Song Dynasty (1127-1279).

Meanwhile, the prosperity of that period boosted the popularity of terracotta art even further, as the ritual embodiment waned but its viability improved. 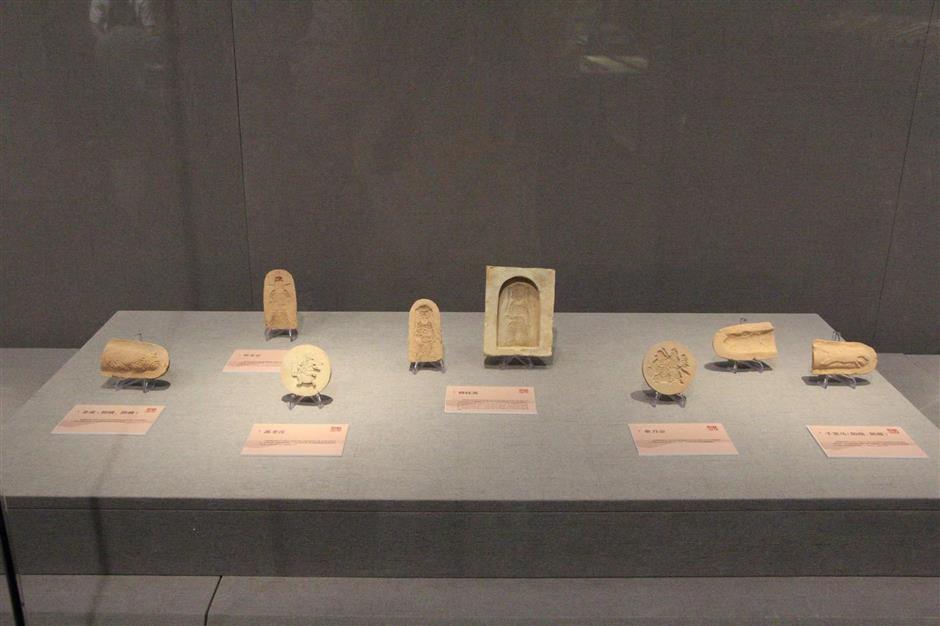 At the exhibition, most artworks on display echo the unparalleled aesthetics of that period, considered the heyday of ancient Chinese art.

"The Song Dynasty is gone. However, its culture survived and keeps nourishing people today," said Shi. "Terracotta art is an indispensable part of that period."

It took Shi six months to sculpt 20 molds of Song Dynasty figures for the show. Many are great men of literature like Lu You and Su Dongpo, with science, technology and political concerns of that period.

"Terracotta molds were not merely production tools to cast coins and vessels in the Song Dynasty. On the contrary, people turned the molds into spiritual products that were accessible to ordinary people. They were used to educate children about the world," said Shi. 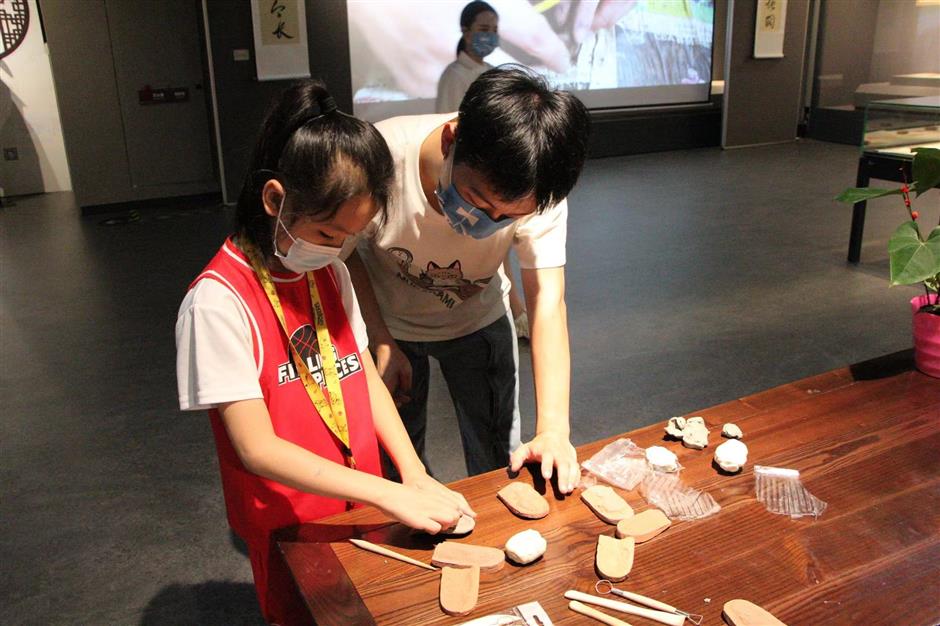 A girl tries her hand at a terracotta mold with help from a museum employee.

In addition to the terracotta art, museum visitors get a well-rounded picture of the Hangzhou seawall, which was built to tame the mighty Qiantang River. On a grander scale, the museum showcases the Song Dynasty's legacy in Shangcheng District.

Officially opened in 2020 as the first museum of its kind in China, the Museum of Seawall Site displays ancient Chinese people's wisdom and determination to conquer the raging tides of the Qiantang River, which has what is thought to be the world's largest tidal bore.

As the tide rushes into the mouth of the river from Hangzhou Bay, the natural phenomenon produces waves up to 9 meters high.

The river didn't stop flooding until a breakthrough came during the Five Dynasties and Ten Kingdoms Period (AD 907-979). People of the Wuyue Kingdom piled huge cages woven with bamboo strips and stuffed with stones in the river, layer by layer, and then placed wood on top for added strength. This revolutionary seawall paid off, as Hangzhou quickly became a prosperous trade hub.

The economic and political center gradually shifted from northern to southern China during the Song Dynasty, and constructing seawalls became a national project of the royal court. A specific department was even established during this time to manage the walls. New building methods and structures were created that made the seawalls more durable.

According to historical records, Hangzhou built more than 20 seawalls during the Song period. In 2015, the Hangzhou Archeology Institute discovered remnants from this era in what is now Xiaoshan District.

Dates: Through August 31, closed on Mondays