The Qiantang River in east China's Zhejiang Province is home to the world's largest tidal bore. The waves rise to a height of 5 meters as the tide rushes into the mouth of the river from Hangzhou Bay.

This year, the tides were at their highest on September 13, the 18th day of the eighth lunar month. The tides rise twice a day throughout the year, but the middle of September is the best time to see the spectacular tides, which always draw large crowds.

The tidal bore coincided with the Mid-Autumn Festival this year, and the local government organized a Song Dynasty (960-1127) ritual ceremony to worship the god of tides in the Liuhe Pagoda Cultural Park. There is also an exhibition in the park to introduce the natural phenomenon, and it runs through October 8.

Watching the Qiantang River's tidal bores has long been a tradition among Hangzhou residents, but few remember that the powerful tides once caused regular flooding in the city.

In ancient times, the people of Hangzhou struggled with the roaring waves and held rituals to worship the god of tides, seeking divine intervention in harnessing the tides. 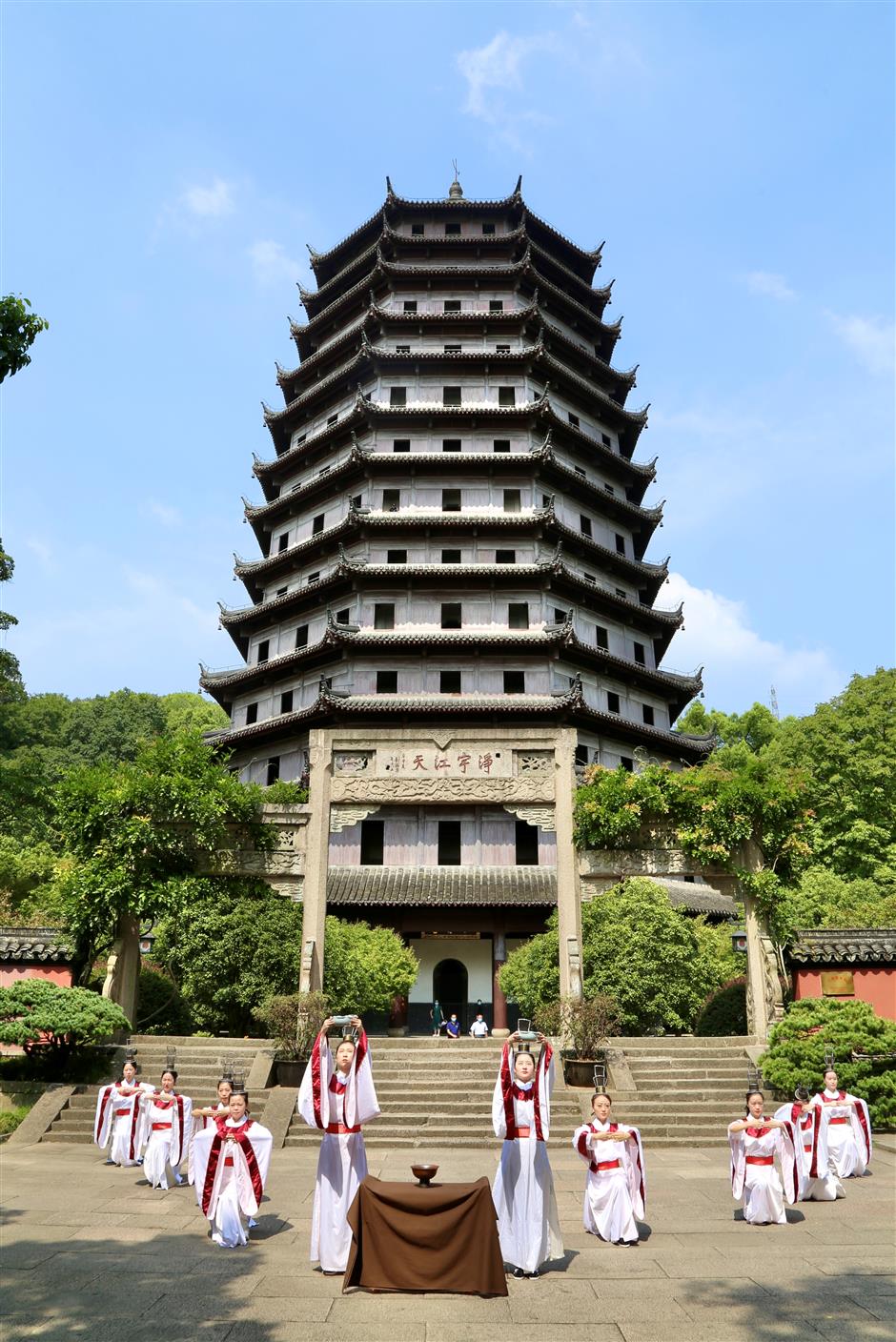 Rituals to honor the god of tides, Wu Zixu, are held at the Liuhe Pagoda.

The god of tides often refers to Wu Zixu, an upright and wise general and politician of the State of Wu (present-day Zhejiang and Jiangsu provinces, as well as Shanghai) during the late Spring and Autumn period (770-476 BC). Wu was regarded as the tide's incarnation because he dredged rivers and built dams to help prevent flooding and stimulate local economic development.

The ritual ceremony dates back to the Song Dynasty, when the royal family, imperial officials and the people of Hangzhou gathered at Liuhe Pagoda on the 18th day of the eighth lunar month to worship Wu.

The tradition continues today along the Qiantang River, demonstrating people's perseverance and bravery in conquering nature.

According to the archives, during the Song Dynasty ritual ceremony, people would release floating lanterns made from sheepskin in the river to pray for good luck. This year, hundreds of floating paper lanterns were distributed to visitors to resurrect the centuries-old floating lantern rituals.

Visitors to the exhibition could get a well-rounded picture of tide-related culture and history passing down through dynasties.

Ancient people built embankment along the riverbank to prevent flooding in the city. The mud-made project, however, could not withstand the tides for long. Only historical records of this fragile structure remain today.

The Qiantang River did not stop flooding until the Wuyue Kingdom made a breakthrough during the Five Dynasties and Ten Kingdoms Period (AD 907-979). Emperor Qianliu constructed a "great wall" between the city and the water. Huge bamboo cages stuffed with stones were tied up and piled along the banks, then wood was placed on top for added strength. The revolutionary floodwalls paid off, and Hangzhou has made strides as trade developed.

The Song Dynasty followed suit and built floodwalls more than 20 times. Meanwhile, the focus of economic and political attention shifted from northern to southern China. Building floodwalls became a national project of the royal court.

Emperor Qianliu also presided over the construction of the Liuhe Pagoda, which was supposed to "calm" the tidal bores. It has long been a tradition in Hangzhou to climb the Liuhe Pagoda to witness the roaring tides of the Qiantang River in September.

Liuhe means "six harmonies" in Chinese philosophy. Delicate patterns of flowers, beasts and Buddhist stories adorn the 13-story wood-and-brick pagoda. The odd-numbered floors are linked to a spiral staircase hidden inside the pagoda, allowing visitors to ascend to the roof. 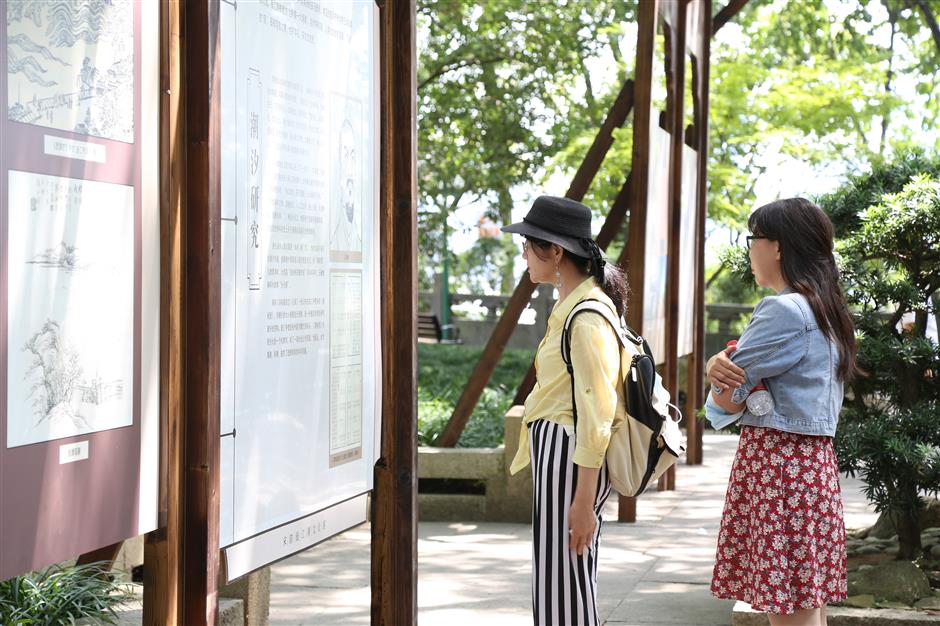 Visitors check out the history and tidal information at an exhibition in the Liuhe Pagoda Cultural Park.