Exhibition throws light on the world of kesi

An exhibition comparing Chinese and Western kesi, a form of silk tapestry woven in a pictorial design, is currently on display at Duoyun Bookstore's Guangfulin branch in Songjiang District.

The exhibition, which also has an online version, opened on Friday on the bookstore's second floor and runs through October 7. 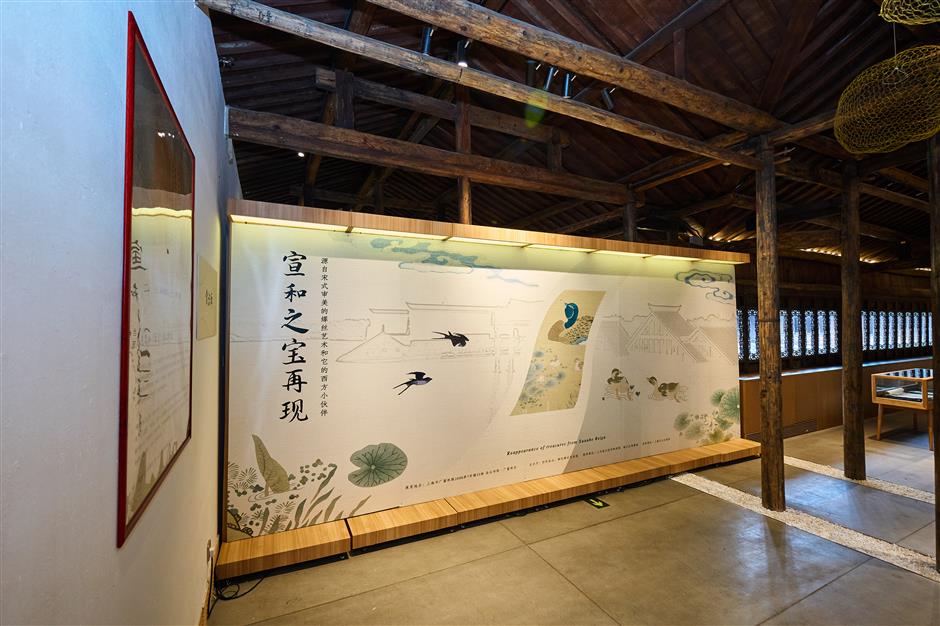 Books on kesi in Chinese and other languages, such as English, Spanish, French and German, are on display in a large showcase near the store's entrance.

A work generated from a painting by well-known artist Liu Ye reveals the back side with uncut thread ends. 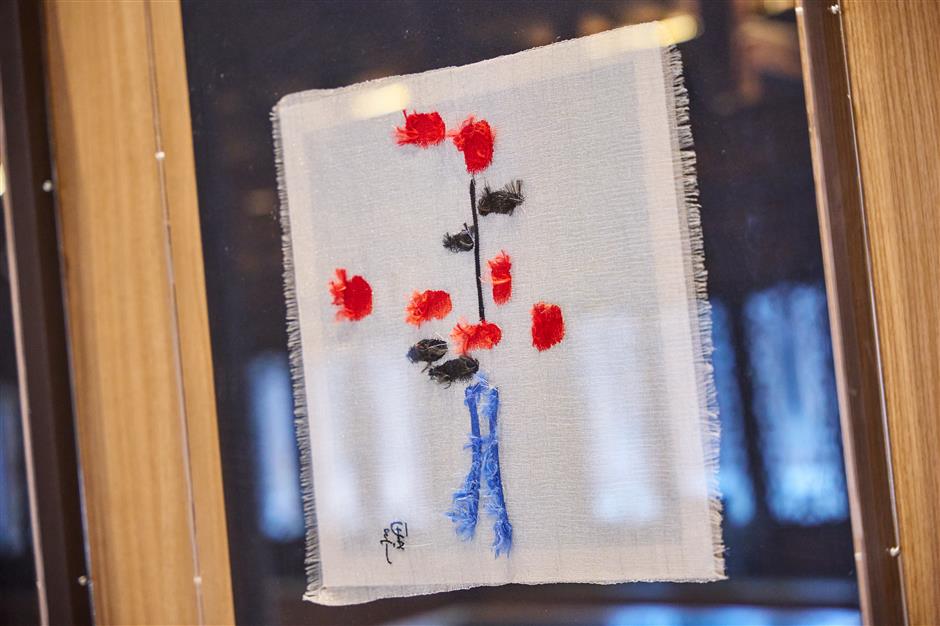 The back side of the artwork with uncut thread ends.

With peacock feathers and gold threads, the artist shows the same pattern in different kesi styles so viewers can compare the different textures. 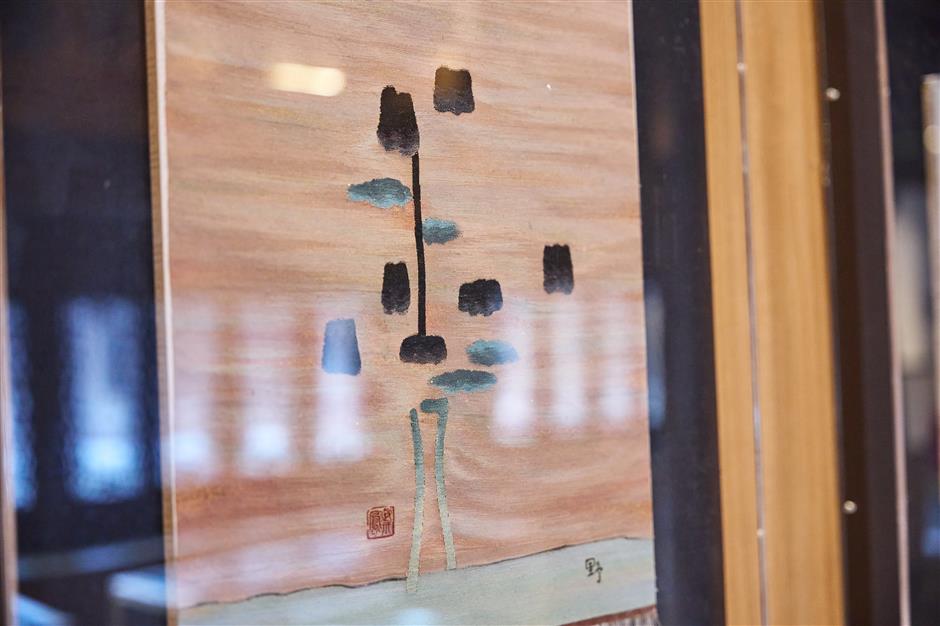 Another work with peacock feathers depicts the same pattern so viewers can compare the different textures.

Six historical kesi pieces are displayed, including a reproduction of a piece of Song Dynasty (960-1279) work from the Liaoning Province Museum and two others from Taipei's Palace Museum.

Some images depicting the development of the Western kesi industry come from a trip the organizer took to Europe. Visitors can compare items in these images, such as kesi tools, with Chinese products. 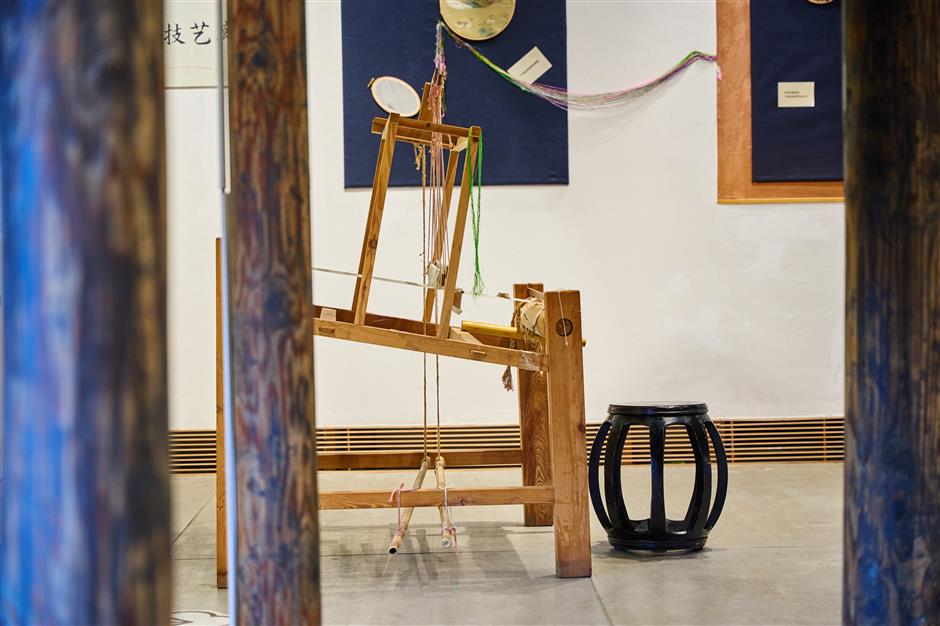 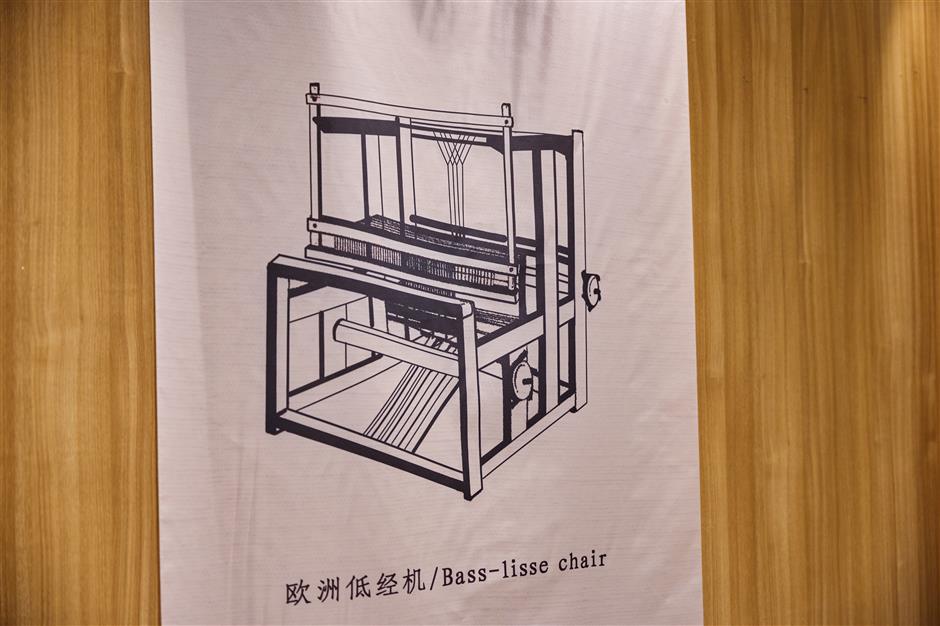 A Western loom used in the making of kesi.