Little has been written in-depth about the Indian presence and influence in China ─  until now.

“Stray Birds on the Huangpu: A History of Indians in Shanghai,” an upcoming bilingual anthology tracing the history and capturing the present day of the Indian community, is attempting to address that issue.

The book’s co-editors, Mishi Saran and Dr Zhang Ke, have invited historians, authors and journalists from both countries to piece the forgotten puzzle together ─  from its origins to its whereabouts.

They have unearthed forgotten historic records, discovered important and fun incidents of this complex community, and delved deeper into how India’s future will develop in its neighboring country.

Saran, a Hong Kong-based author, has lived in Shanghai for several years and traced the footsteps of monk Xuanzang in her book “Chasing the Monk’s Shadow: A Journey in the Footsteps of Xuanzang.” Dr Zhang is a professor of history at Fudan University.

“‘Stray Birds’ is a famous poem by Rabindranath Tagore, who visited Shanghai several times in the early years of the 20th century,” Saran says, explaining the book’s title. 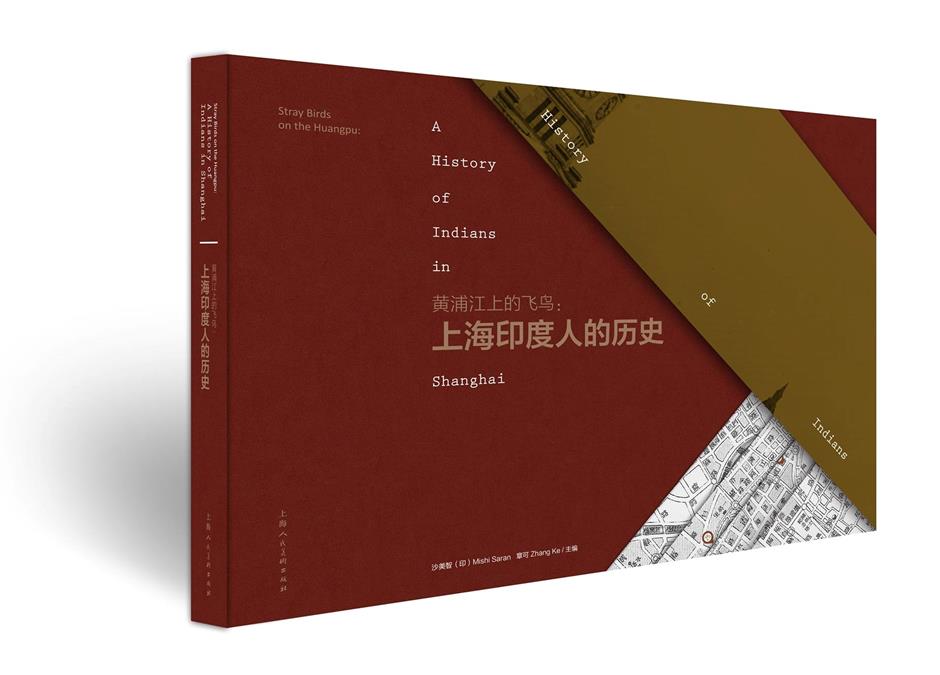 “Stray Birds on the Huangpu: A History of Indians in Shanghai”

“In the poem’s first stanza, there is a reference to stray birds of summer who come to a window, sing and fly away without leaving a trace. Its narrator asks the birds to ‘leave your footprints in my words’,” she adds.

The two editors see the poem as a great metaphor for “much of the unrecorded history” they tackle in the book.

“In our pages rest the ‘footprints’ of those silent, traceless Indians who came to Shanghai, sang their lives and left,” says Saran.

As the pieces in the book suggest, the bilateral trade goes as far as the 2rd century BC or earlier, while Indian traders started coming in crowds in the 18th century, first to Guangzhou and later mainly to Shanghai.

“There are remarkable similarities between past and present,” Saran explains. “The Indian community then and now is diverse in religion and includes Muslims, Sindhis and Sikhs. Anecdotally, I would say that the Indians in Shanghai hail from all over India, whereas earlier, Indian settlers were often more likely to be from India’s west coast, the origin of the trading ships.”