Bookstores are no longer just about books

This year’s Shanghai Book Fair, which opened on Wednesday, sees a surge of nearly 100 venues across the city, including 78 physical bookstores, much more than the roughly 50 last year.

And this year sees a first: six “farmers’ studies” in six villages in suburban Shanghai.

“The number of people who read is still relatively small, and it’s not yet that popular. These are key factors for many bookstores,” said Chen Yiling, deputy manager of Sanlian Bookstores, a branch of the veteran publishing group with the same name that started opening bookstores in recent years, including many in suburban areas.

“Bookstores can surely make money if we all consider reading a daily habit like smoking or WeChatting. So it is our social mission to expand the number of readers,” he said.

Farmers’ studies are expanding rapidly. Unlike downtown libraries or bookstores, these have local district newspapers, agricultural books and other targeted items.

Wo Jia Shu Wu, or My Study, opened in Beiguan Village of Jiading District three years ago.

“We had ‘farmer’s studies’ before for more than 10 years, scattered around many old and decrepit houses in the village and rarely visited by anyone,” said Shen Jiang, a member of the village’s managing committee. 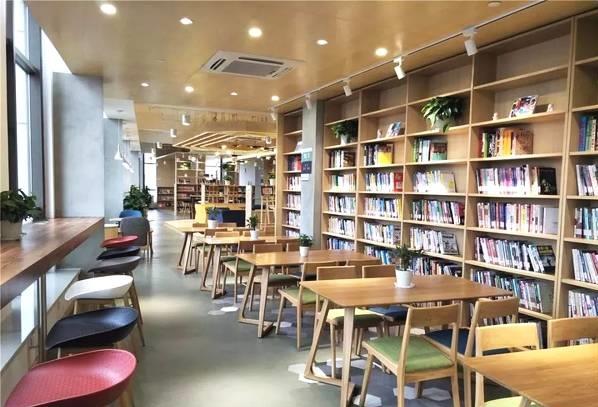 My Study in Jiading District has attracted villagers of all ages since it opened.

When the committee finally decided to renovate the factory space into a new study, many villagers came to help.

The place has attracted villagers of all ages since it opened, with audio-books for the elderly and e-book devices for the young, amidst other new technologies.

The six “studies” serving for the book fair are among nearly 1,400 around the city, all far away from downtown, providing villagers more convenient spaces and more varieties of books to read even if there are no bookstores around.

“Culture is a big part in villager’s lives today,” said Zhou Shaofen from Datuan County in the Pudong New Area. “Since we had the farmers’ study, many villagers have become more motivated to read, and children also like spending time here in holidays.”

While the farmers’ studies have expanded rapidly, physical bookstores have also continued their revival in recent years.

This year, the book fair includes 78 physical stores, well up from 13 in 2009, when brick-and-mortar bookshops were facing tremendous challenges from e-shops and e-books.

Government subsidies helped many bookstores get through the most difficult times, before shopping malls saw the potential and stepped in.

Shanghai was the first and one of the fastest in both. About 20 percent of shopping malls have bookshops, and the rate is even higher in new malls, which consider bookstores a key attraction to the younger generation. 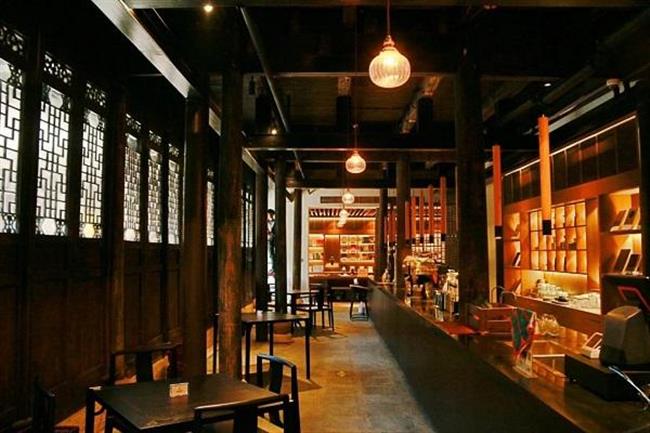 Duoyun Bookstore in Songjiang District is housed in an Anhui-style building.

“Bookstores have survived, and they need to innovate and find sustainable ways for the next stage,” said Xu Jiong, head of the Shanghai Municipal Press and Publication Bureau. “And that very much depends on how they can innovate and reinvent themselves.

“They are no longer book-selling venues, but also leaders in cultural trends and providers of public cultural services to represent the cultural soft power and the development of the civilization in a city,” he added.

It doesn’t mean bookstores are no longer in danger, according to Jiang Xiliang, president of Beijing OpenBook Information & Technology Co, which analyzes book-related industries.

Liu said sales and profits have increased little in physical stores despite the growing number of venues.

To survive, many bookstores are no longer just selling books — they are expanding into food and beverages, innovative cultural products, digital devices and more.

Now, many stores have also focused more on services in order to keep customers.

Big data is used for book selection, while some stores stay open late or even 24 hours for those who want to read quietly at night. There are also venues that are planning to adopt artificial intelligence to create shops with no retail assistants.