Russian illustrator Igor Oleynikov won the 2018 Hans Christian Andersen Award, the top prize for children’s books, earlier this year. Many of his books have already been published in Chinese — the author and illustrator visited the city’s children’s book fair for the first time last week.

A chemistry graduate from the Moscow Institute of Chemical Engineering, he joined the animation industry shortly after graduation and later became an illustrator, known especially for his retelling of Russian folk tales.

The jury of the Andersen award wrote in their statement that Oleynikov claims not to like illustrating “cute” children, but he is more than capable of creating beauty in his landscapes and characters, which burst with life, movement and expression.

Shanghai Daily talked with him about his intriguing career path and his unique imagery. 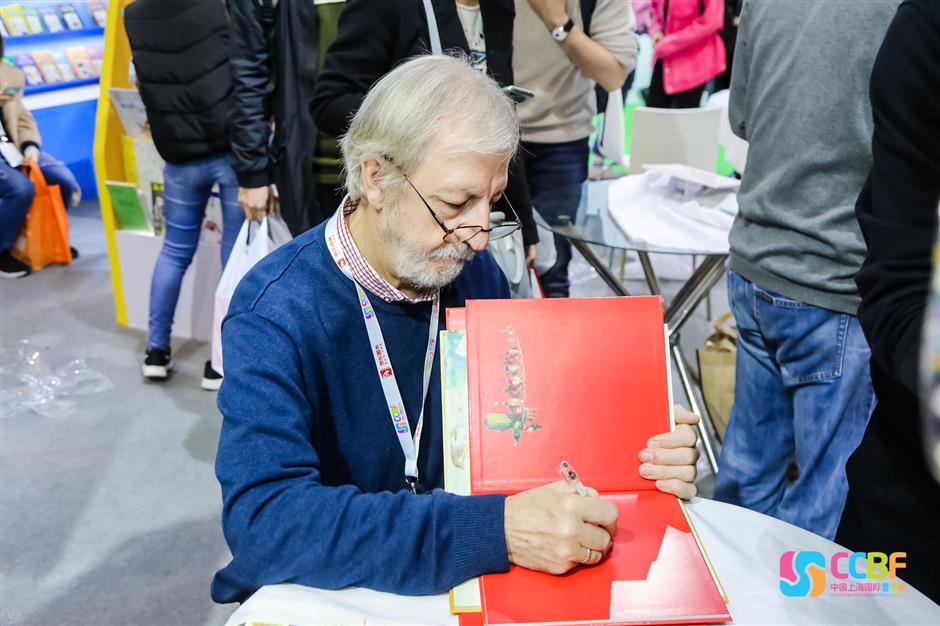 SHINE: How did you turn from a chemistry graduate to a seasoned animator and then a famed illustrator?

Oleynikov: My mom was an artist, so I started drawing since a child. I knew that I wanted to be an animator since I was 14, but I didn’t get into the art school I wanted to.

Instead, I got into the chemical engineering university, so I kept drawing and still wanted to work in animation. After I graduated, my father encouraged me to take all my drawings to the studios.

It was good timing and I was lucky. They were just forming a crew for a new project.

As I worked in animations, publishers started approaching me for illustrations so I started doing that as well.

SHINE: Why did you leave animation?

Oleynikov (laughing): I couldn’t do it anymore! Too many directors and actors told me what I must do or must not do. So I stopped that and continued with illustration.

SHINE: When you got the Andersen award, the jury said you are not fond of drawing “cute” children, what does that mean?

Oleynikov: I don’t like glamor (laughing). Back when I was in animation, when the directors asked me to draw something glamorous or beautiful, they said it always ended up looking like either a soldier or a prostitute.

I think many children’s books today are too decorative and flat, I’m not interested in doing that. I’m more three-dimensional, interested in the psychology of the characters and the ambience created in that space of the page.