At the end of last month, when the mercury in Jiading rose to 35 degrees Celsius, Golog Tibetan Autonomous Prefecture's Jiuzhi County in Qinghai Province at the foot of the Nianbaoyuze Mountain welcomed the first snow of the year.

That was when Yu Ke, vice director of the Jiading Teenager Activity Center, arrived in Jiuzhi, starting a new chapter in poverty alleviation.

From the hustle and bustle of life in Jiading to Jiuzhi where herds of livestock abound, Yu had to adapt to the high altitude and low temperature, as well as his change of identity. He takes over the volunteer work from retired teacher Zhao Xingzhou to become a music teacher for local Tibetan children.

Last November, when Yu was one of the organizers of the performance that Zhao led 16 Tibetan girls in folk costumes to sing at Shanghai Poly Grand Theater struck a chord in his heart. 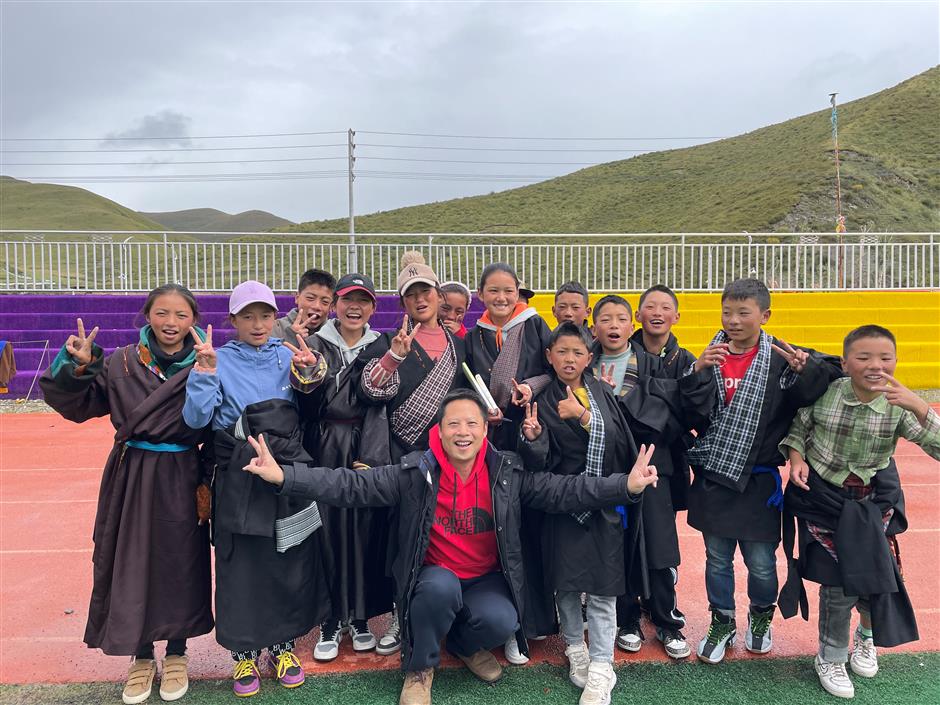 The girls were all from Jiuzhi County Ethnic Middle Boarding School, where Zhao volunteered as the music teacher.

As a math teacher at Jiading's Yangliu Middle School, Zhao decided to head to the plateau region, bringing beautiful music to local students even though he was about to retire in September 2019.

Through his efforts, children learned to read music and play simple musical instruments.

Yu was deeply inspired by the children's wonderful sounds during the performance.

"The children's voices were so clean like tinkling water, and I can still remember it now. I even saw people weeping when watching the show," Yu said.

Jiuzhi has a reputation for "God-given ecological scroll painting." Livestock is the pillar of the economy. The county is almost 20 times larger than Jiading, but with a population of only 30,000, compared to Jiading's 1.83 million.

As Zhao was about to retire, there were only 60 music teachers left in the Golog Prefecture, only 12 of whom had professional musical training.

As a result, Jiading proposed a training program – cultivating a group of professional music teachers in three years.

And Yu, who had 14 years experience as a music teacher and six as an activity planner, was the best person for the job.

"It stirred up all sorts of mixed feelings, excited and worried, when I got the news. To help local kids realize their musical dreams would be a new high in my life and made me feel excited. But my elderly parents and child, who was going to take the high school entrance examination, were my concerns," said Yu.

Thanks to support from his family, Yu made up his mind to voluntarily teach music in Jiuzhi. To better carry out the educational work, he promoted the letter writing program, encouraging the children of the chorus of Jiading Teenage Activity Center sending letters to children in Jiuzhi. 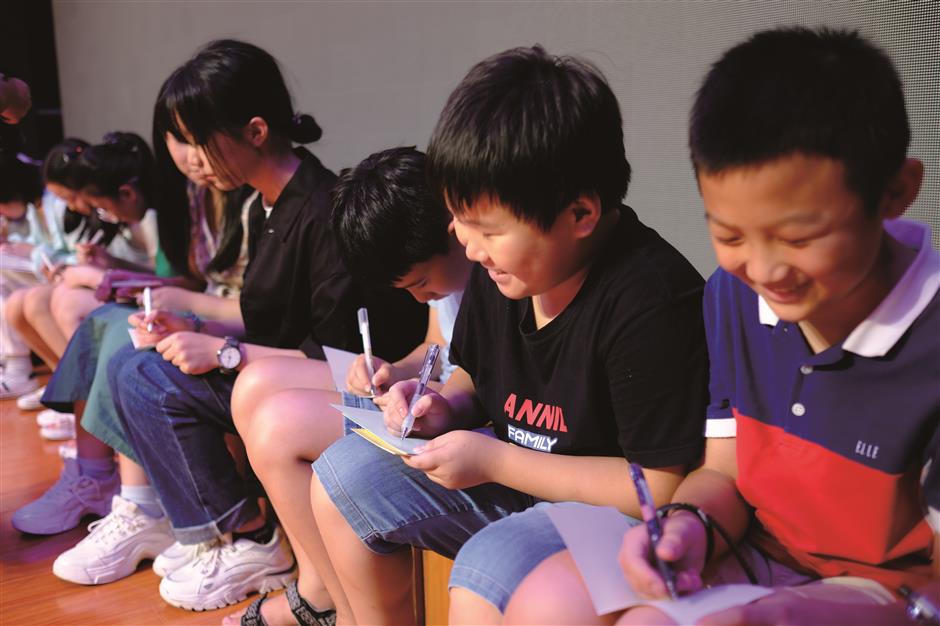 Under the guidance of Yu Ke, members of the choir deliver their best wishes through letters to children in Jiuzhi County of Golog Tibetan Autonomous Prefecture in Qinghai Province. 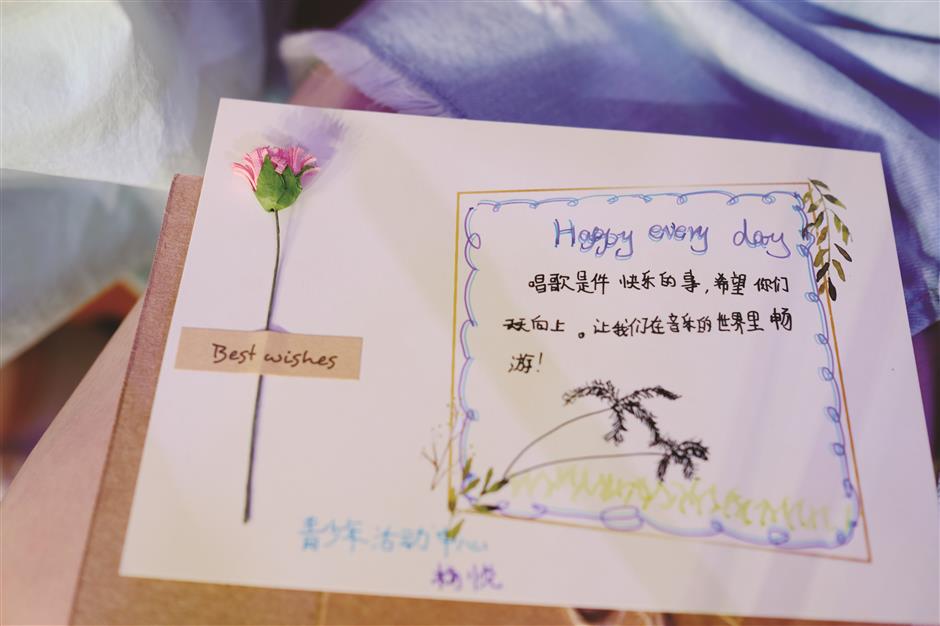 A card made by Yang Yue says that singing makes us happy, so enjoy yourselves in the music world.

Before leaving, Yu received a song written by Zhao – "The Garden of Holy Mountain" – the first song Zhao wrote in the county, which became the first Mandarin school song. Zhao said he hoped Yu could build his own music garden there as well.

"If there is something in the world like the vastness of the universe, that must be music. It can stimulate infinite imagination and rich spiritual experiences," said Yu. "Imaging that you are listening to a piece of music through earphones at night, it feels like an orchestra embracing me and playing music only for me."

To the children on the plateau, music is like a key opening a brand new world hidden in their bodies. Zhao was the trailblazer, sowing the musical seeds, while Yu waters the seeds to make them grow and cultivate more seeds.

This is the 11th year of the poverty alleviation project between Shanghai and Qinghai. To Yu, the journey is more like visiting close relatives.

Yu took a camera and drone with him to share his stories from this snowy plateau and record the children's growth.

"The performance last November is always on my mind, because it unlocked the fate between me and Qinghai," said Yu, adding that he has a wish to bring Jiuzhi's children to a bigger stage.