Moments of Jing'an District in September 2021 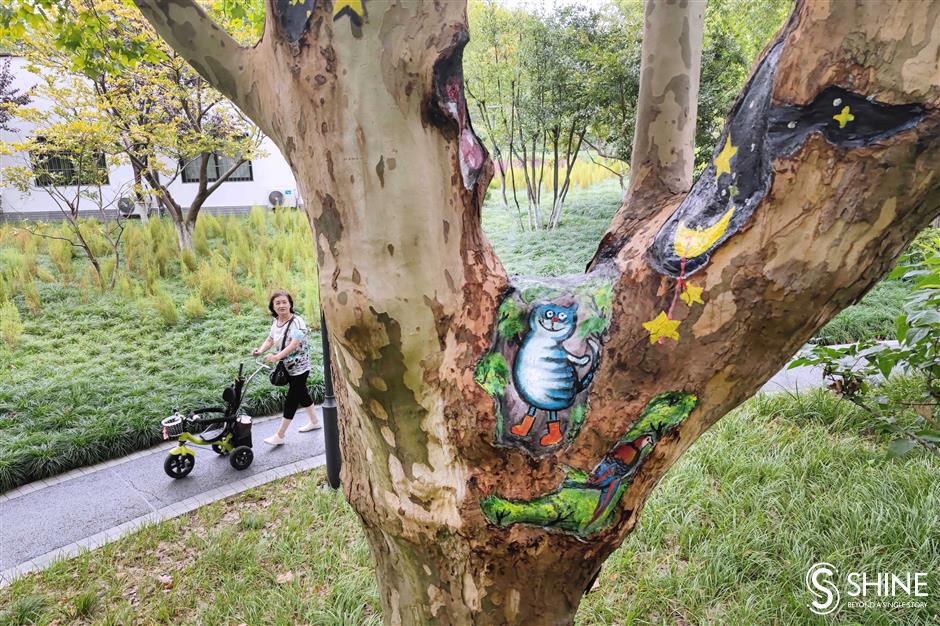 In Jing'an, tree hollows have become works of art.

On Yonghe Road and in Zhabei Park, pandas, peacocks, squirrels, raccoons, parrots and other animals appear to come to life in hollows in the trees. It not only repairs and covers the holes, but also creates new photo-friendly sites and gives a playful atmosphere to the urban scenery.

According to the Jing'an greenery authorities, the project will expand to more tree hollows in the area. 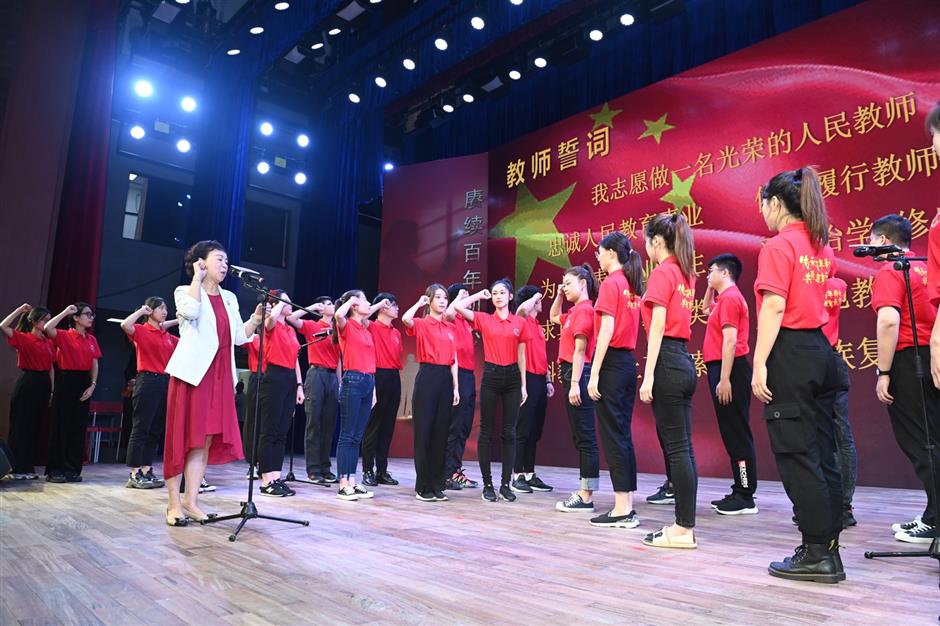 Jing'an held a special ceremony to pay tribute to the district's 12,000-plus teachers on Teachers Day on September 10 at the auditorium in the Jing'an Youth Activity Center.

Seven principals, including Xu Yimin of the East China Model High School, You Rui of the Zhabei No. 3 Central Primary School, and Zhu Lihong of the Shanghai No. 1 High School, were honored as Shanghai's top-notch principals.

Additionally, teacher representatives staged performances such as short sketches and mini-dramas to act out stories on campus. 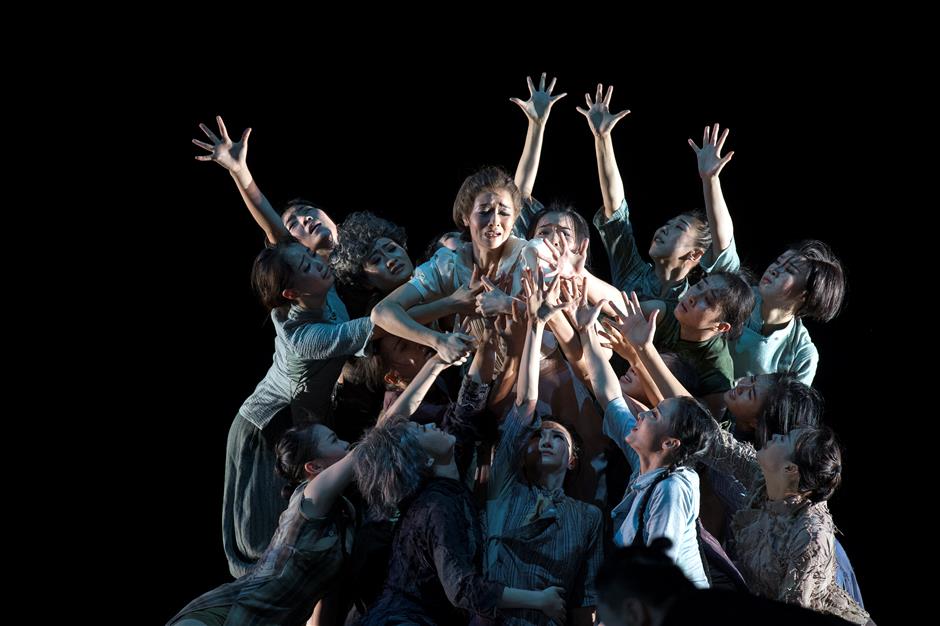 A dance drama portraying the Nanjing Massacre was staged at the Daning Theater on September 3 to commemorate the 76th anniversary of the victory in the Chinese People's War of Resistance Against Japanese Aggression and the World Anti-Fascist War.

The dance drama examines the tragedy and pain of the Nanjing Massacre through the perspective of American-Chinese writer Iris Chang, whose book "The Rape of Nanking" once appeared on the New York Times Bestseller list.

The Nanjing Massacre took place when Japanese troops invaded the city on December 13, 1937. Over six weeks, they killed close to 300,000 Chinese civilians and unarmed soldiers in one of the most barbaric episodes of World War II.

Real stories about the massacre were brilliantly acted out on stage.

Li Xiuying was pregnant at the time and suffered 37 stabs from Japanese soldiers in her resistance to rape. American teacher Minnie Vautrin and German businessman John Rabe risked their lives to shelter hundreds of thousands of Chinese people from slaughter.

Shanghai is the first stop on the drama's nationwide tour. It will later be staged in Foshan, Guangzhou, Xiamen and other cities. 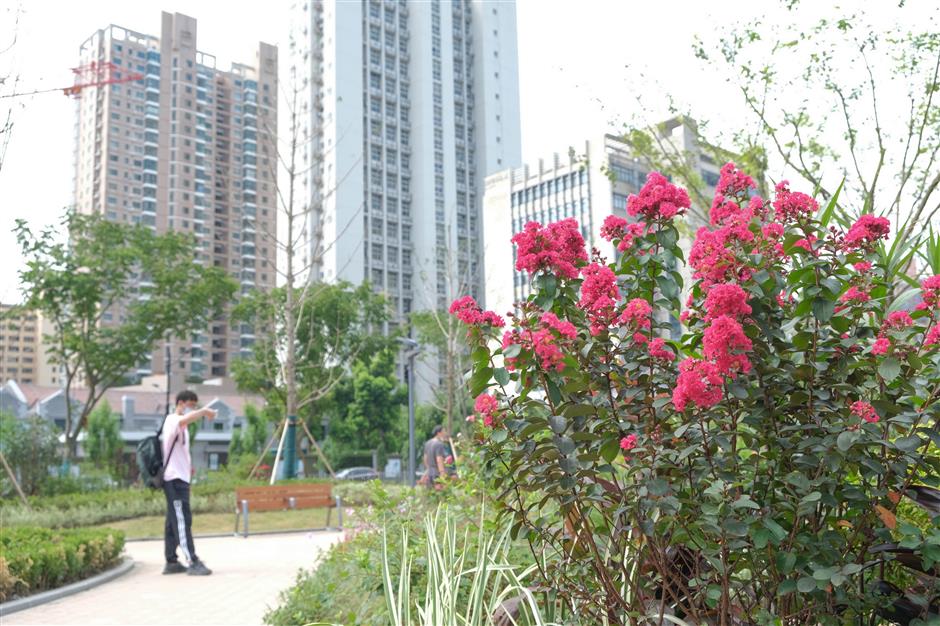 An open area left untended for years has been renovated into a roadside garden.

The site occupies about 6,072 square meters on Changping Road, between Jiangning and Jurong roads.

Gingko trees, zelkova serrata and Japanese cherry trees form a canopy of colorful leaves surrounded by decorative flowerbeds brimming with a mixture of shrubs and seasonal flowers. At present, crape myrtles are in full blossom. 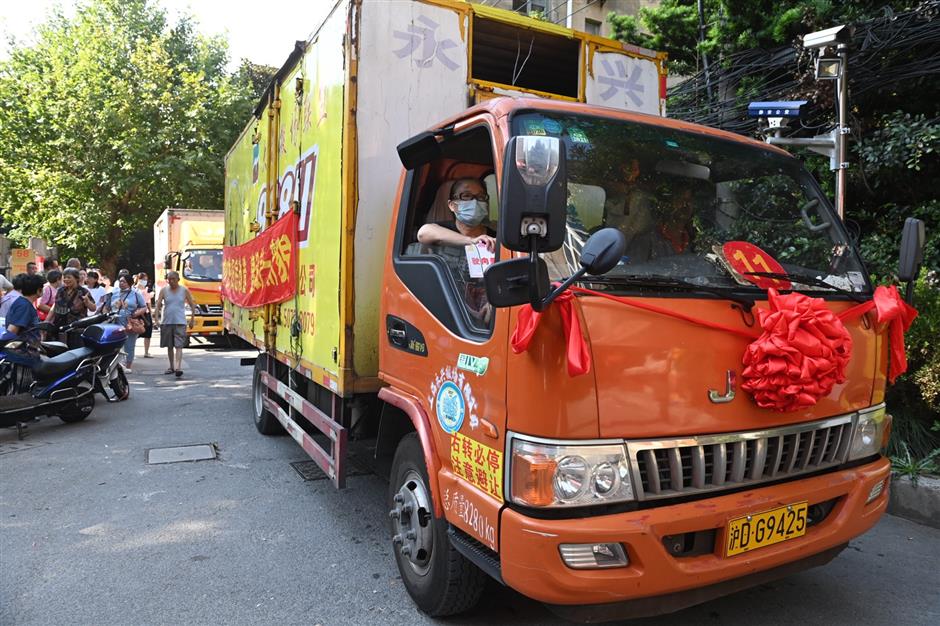 Relocation of the old Pengyi residential complex has begun this month. The first 12 families moved out on September 1, including Peng Juhua.

"In my home, the kitchen adjoined the bathroom. When I cooked, I could hear the toilet flush. It was so embarrassing. And combined they were just 3.3 square meters in area," she said. "So, I'm so excited. At our new home, I will have an individual kitchen and bathroom, each covering about 5 square meters."

Pengyi, built in 1958, was part of the city's renowned workers' community of Pengpu Xincun. Initially, it was built as a high-end complex for model workers who made great contributions to the country's national industries.

The living conditions were much better than cramped shikumen buildings. However, in subsequent years, the complex became obsolete and fell into a state of disrepair.

In the latest round of urban renewal, 40 old buildings will be demolished and re placed by 17 high-rises equipped with modern facilities such as elevators, gardens, garages and activity venues.

Over a two-month period, more than 2,000 families are set to be relocated, and they will move back in about four years' time. 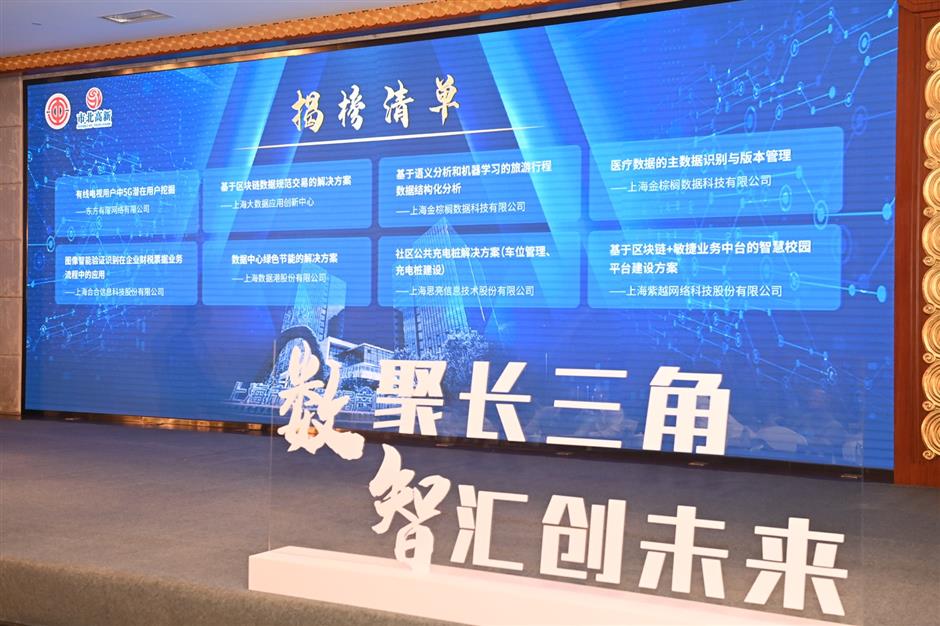 A skills competition to discover big data talent has opened in Jing'an.

It expects them to breach the bottleneck in the region's urban digital transformation and particularly problems in the urban economy, social governance and improvement of people's livelihoods. The competition will last until mid-October.