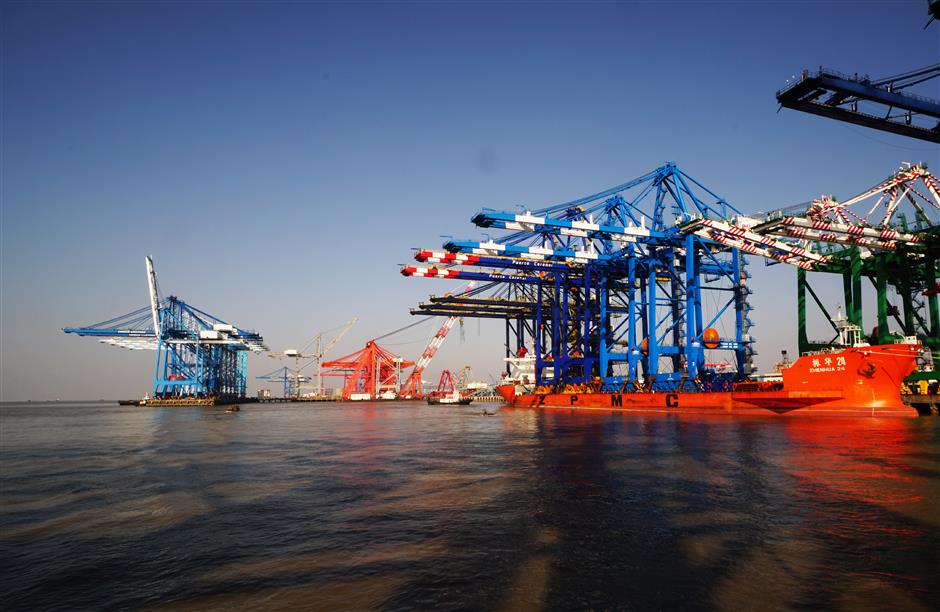 The marine making base in Changxing

Changxing, the second largest island in Chongming District, has mapped out its master plan for the next five years to create the largest marine industry chain in Shanghai.

The island town is full of ambitions to be the nation's leading marine center, the "brain" for the development of all related activities, and it plans to build on an agglomeration of marine equipment businesses that have started in Changxing in recent years.

Oceanic, high-quality, digital, green and safe are the tags the island is using to denote its evolution into a major location for Shanghai marine manufacturing, a heavyweight leader in marine scientific and technological innovation, and an important growth area for high-quality development.

Changxing already has the most developed concentration of domestic marine equipment industries.

In the next stage, the green development, marine economic growth, originality of innovation and urban development of Changxing will be significantly enhanced.

They will form a spatial pattern of "one core, one axis and three areas," consisting of a commercial and business rail transit core area, the trunk line axis to the island of Panyuan Highway, and industrial, urban and ecological areas, according to Changxing's 14th Five-Year plan.

In the long run, Changxing will make full use of the comprehensive advantages of its island location, transportation, land resources, shoreline resources and ecological culture, according to Li Hongtao, head of planning and land use at Changxing Island Development Office. 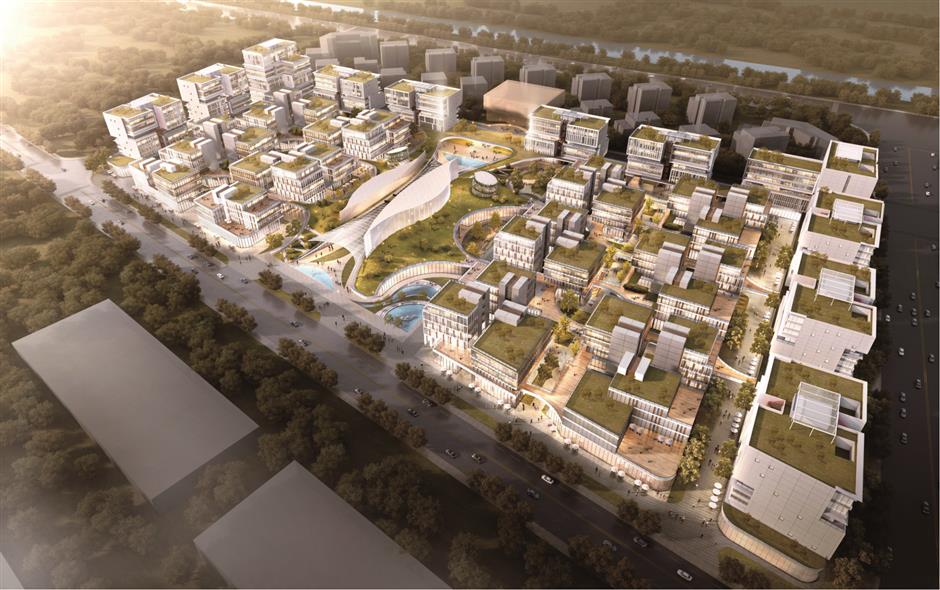 It will play many roles as a marine equipment island, an ecological water source and a tourist destination. It will adopt industry and city integration as its goal and ecotourism as a characteristic in building a marine economic core area, a key innovation area and a work-life integration area, Li said.

By 2035, the island will have a population of 180,000, 51.5 square kilometers of built areas and feature an urban precinct consisting of Changxing Industrial Park, Fenghuang, Metro and Yuansha areas, Li added.

On the basis of Changxing's strong industrial foundations, unique location, abundant land for construction, and rapid development in recent years, the island will contribute more than 10 billion yuan in taxes and generate an output of over 100 billion yuan as it becomes the top town in China, according to Yu Cong, chairman of Changxing Industrial Park.

"Changxing Industrial Park has undertaken 56 projects this year, including 23 projects under construction and to be implemented, with a total investment of about 17.7 billion yuan and a total construction area of about 2.35 million square meters," Yu said.

"In just three years, the tax revenue of the park is expected to reach 1 billion yuan from 40 million yuan."

In the next stage, the park will build up a headquarters economy, according to Yu. With a total construction area of 130,000 square meters and 91 buildings, the park will set up a professional team to help enterprises launch their businesses, carry out all-round cooperation and provide the best support policies.

At the same time, sufficient land reserves have been prepared for all headquarter enterprises in the park, according to Yu.

In recent years, focusing on the goal of "adhering to the overall planning of land and sea and building a marine power," Changxing has made rapid industrial development.

At present, it is an important industrial space and economic support for the construction of Chongming as a world-class ecological island.