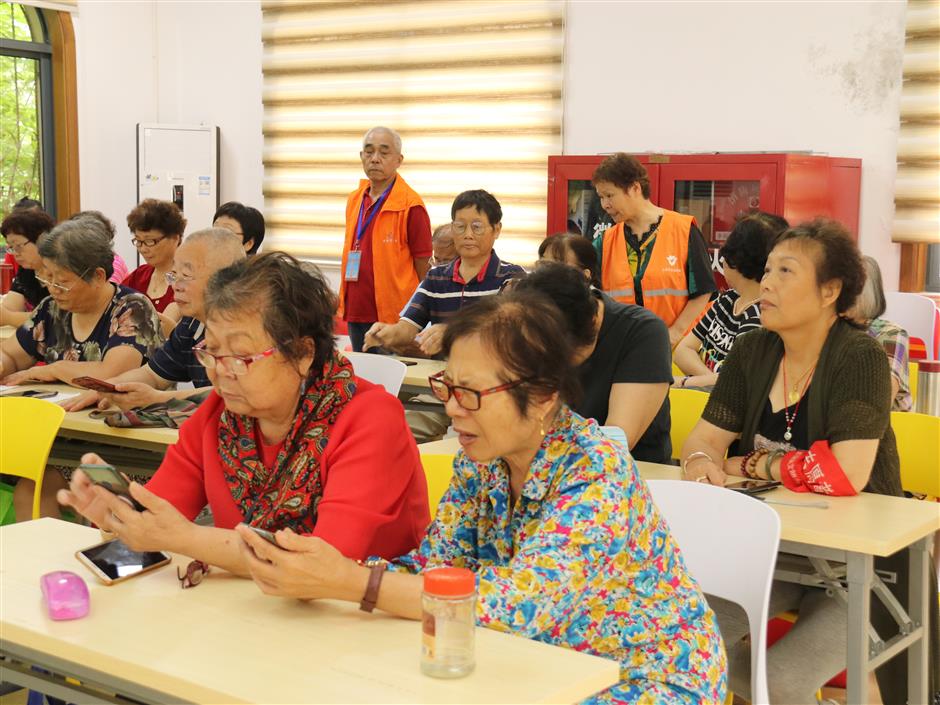 Jing'an District is known for its beautiful historical compounds hidden by sycamore trees and rows of tower blocks bathed in golden hues.

Away from the bustling downtown, Pengpu is located in northern Jing'an, and is the only town in the district. But here, people also live a happy convenient life.

A 15-minute community life circle for citizens has taken shape in Pengpu Town, allowing local people to handle civil affairs, go shopping and enjoy sports, among many other things, within a 15- minute walk from their home.

A local resident, surnamed Wu, said previously it took her about one hour to go to the community civil affairs center, but now the service is provided just at her doorstep.

"It's so convenient," she said. "The new site is very close to my home, and more than 50 services are provided such as renewal of social security card and reimbursement for medical expenses. For me, I just go downstairs and everything is done."

Like other places in Jing'an, Pengpu is beset by an aging population. Of nearly 110,000 residents, about 34,000 are aged 60 or over, accounting about for 31 percent of the total.

Previously, there were not so many entertainment options for local senior residents, and usually they joined guangchang wu, or line dance, and played mahjong. How to enrich their retirement activities had become a headache for local neighborhoods.

After discussions, local officials found that it would be a great idea to teach senior residents to use smart phones, which can encourage them to embrace the digital life and bridge the generation gap.

From April to June, the township government has launched 288 classes to teach more than 5,500 senior residents to use smart phones, such as how to use WeChat and how to hail a cab through an app.

The program has received wide praise. Many said it has provided much convenience, and they interact with their children more frequently.

"I'm 75 years old, and I have weak legs and feet," said a resident surnamed Wang. "I really appreciate these services."

A variety of activities, such as shows ranging from folk dance to Huju Opera and lessons in embroidery, knitting and painting are available right on the doorstep.

Pengpu is something of a town with cultural origins. Photography became popular in the township in the late 1970s and local photographers soon gained fame nationwide.

In 1988, some, mostly farmers, were invited to display their photos in Osaka, becoming the mainland's first non-governmental photography group to hold an exhibition abroad. Now, it is working to establish an international photography center.