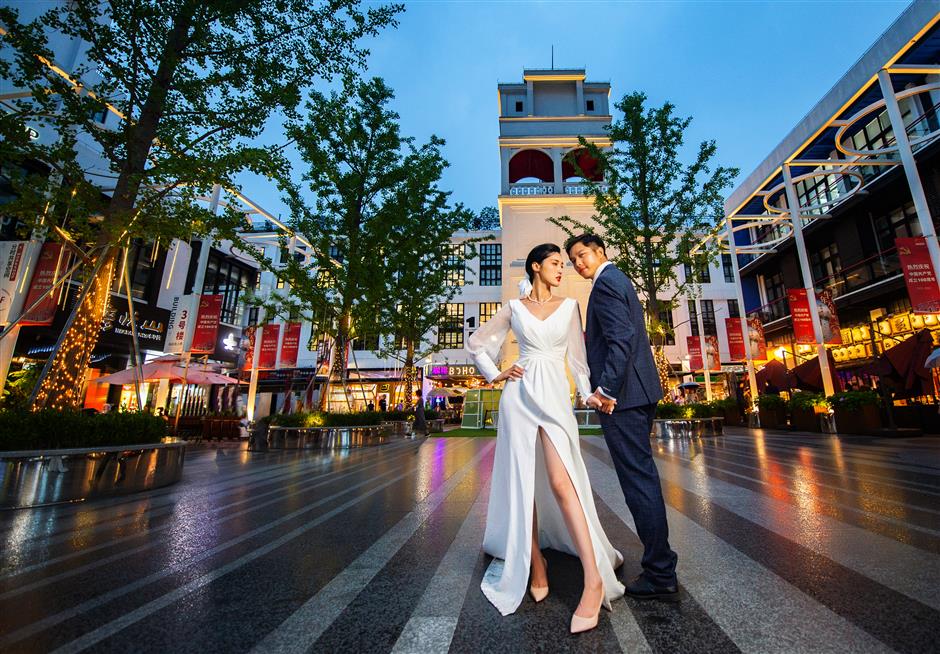 Great metropolitans have distinctive rivers running through the city. Think about the Thames in London, Seine in Paris and Danube in Vienna. Shanghai aims to distinguish itself by the Suzhou Creek, known as the "mother river" of the city.

Shanghai's first culture and tourism festival along the Suzhou Creek has wrapped up in Putuo District, attracting over 15 million visitors and online viewers.

The festival began in mid-September in Putuo to showcase the refurbished industrial heritages and new attractions created along the creek with over 100 cultural and tourist events.

The festival was hosted by the CPC Putuo Committee and Putuo District government and organized by the publicity department and culture and tourism bureau of Putuo.

As the creek passes through Putuo, it flows through the history of Shanghai's growth into an industrial city, according to the Putuo culture and tourism bureau. Waterfront redevelopment preserves that heritage.

"A world-class urban life and recreation zone is being developed along Suzhou Creek in Putuo," said Zhou Hanyan, the bureau's director.

"A series of cultural and tourism events such as the China Voice Conference and eSports tournaments are held along the creek to highlight the brand of the Suzhou Creekside," Zhou said. 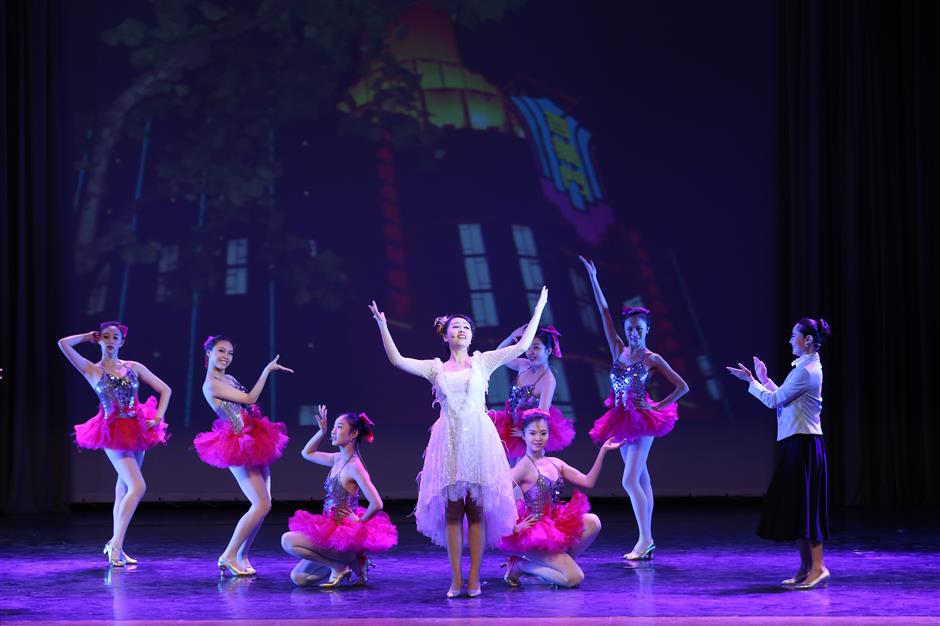 Art performances during the festival.

Since Shanghai opened its port in 1843, the creek has been the backdrop for dramatic landmarks in the city's history. It is the birthplace of China's earliest national industries.

Beginning in the first decade of the 20th century, Chinese entrepreneurs built national industries, including textiles, flour, beer, minting and printing, along the most zigzagged section of the creek, known as the "18 bays."

The waterfront section known as Baocheng Bay, for instance, was home to a fifth of China's earliest textile factories, dating back to the 1920s.

'Sons and Daughters of the Suzhou Creek'

After 1949, the Shanghai No. 1, 6 and 7 cotton factories were located on the waterfront, along with a military warehouse for quilts and uniforms. The site was dubbed the "cradle of China's textile industry."

The festival aims to promote the riverside attractions and highlight the revolutionary culture and industrial history along the Putuo section of the creek. 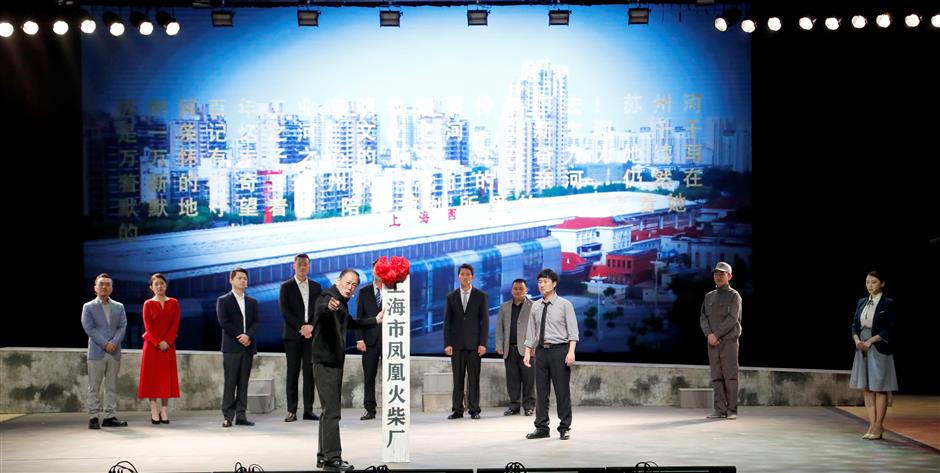 The drama "Sons and Daughters of Suzhou Creek."

As the inaugural event, a cultural performance was launched at the Putuo District Culture Palace on September 19. Young artists from Shanghai Light Music Orchestra and the dancing department of Shanghai Normal University presented singing and dances about the stories happened along the creek for the Putuo citizens.

Many doctors and volunteers who fought on the front line during the COVID-19 pandemic were invited to watch the performance.

A stage drama about the urban renewal campaign along the creek has premiered in Putuo communities as part of the festival events.

The original drama "Sons and Daughters of the Suzhou Creek," developed by the district's publicity department and culture and tourism bureau, chronicles the redevelopment of the industrial relics along the creek.

Based on true figures during the development of the Suzhou Creek, the drama brought viewers back to the early 2000s when a large number of traditional state-owned enterprises along the Suzhou Creek had to be shut down for the city's economic transformation.

The drama reviewed the overwhelming development along the Suzhou Creek in the last several decades and showed the contributions of many Putuo officials to improve the well-being of the citizens.

Putuo's industrial heritage once left the creek's water murky in the 1980s. Cleaning up the pollution and redeveloping its banks have been projects underway for years.

Some key figures during the urban renewal campaign over the past few decades are highlighted in the play. They include a previous Party secretary of Putuo, the final directors of many eliminated riverside factories and migrant workers who once lived and worked along the creek. 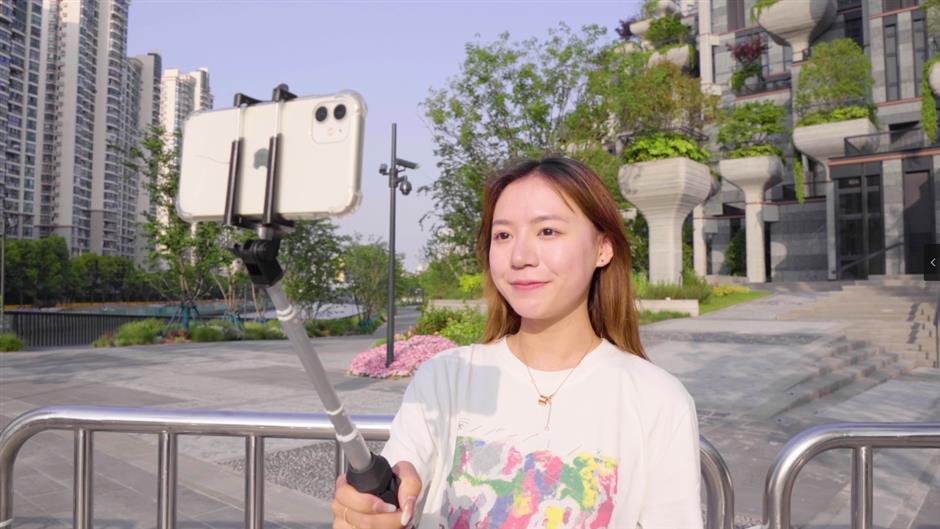 A tourist takes a selfie photo in front of Tian'an 1,000 Trees, a new trendy commercial complex that will open to the public soon.

The bureau has also released multiple sightseeing routes and invited all walks of life to tour along the creek during the festival.

A popular route was unveiled, for instance, for new couples to take photos at the riverside attractions along the creek. They can pose with the graffiti paintings at the M50 art hub, once the British New China Textile Co, in front of the Tian'an 1,000 Trees, a new trendy commercial complex to open to the public soon, or with various ray fishes at a newly launched aquarium at Changfeng Ocean World.

Additional tourist routes along the creek were released to allow visitors to explore the revolutionary and industrial heritage on the riverside. Some of the tours were livestreamed to cater for tens of millions of online viewers.

The routes are themed on workers' movements in Huxi, the various bridges spanning the creek, traditional riverside neighborhoods as well as museums and art galleries along the creek.

Apart from the memorials of the workers' school and Gu Zhenghong, tourists and citizens can tour the industrial heritage along the creek. The route starts from the former site of the Foo Sing Flour Mill and moves on to the Shanghai Beer Co, a heritage structure designed by famous architect Laszlo Hudec, the Shanghai Mint Company and its museum as well as the former site of the Yichang Road Fire Station and the site of the Kiangsu (Jiangsu) Chemical Works. 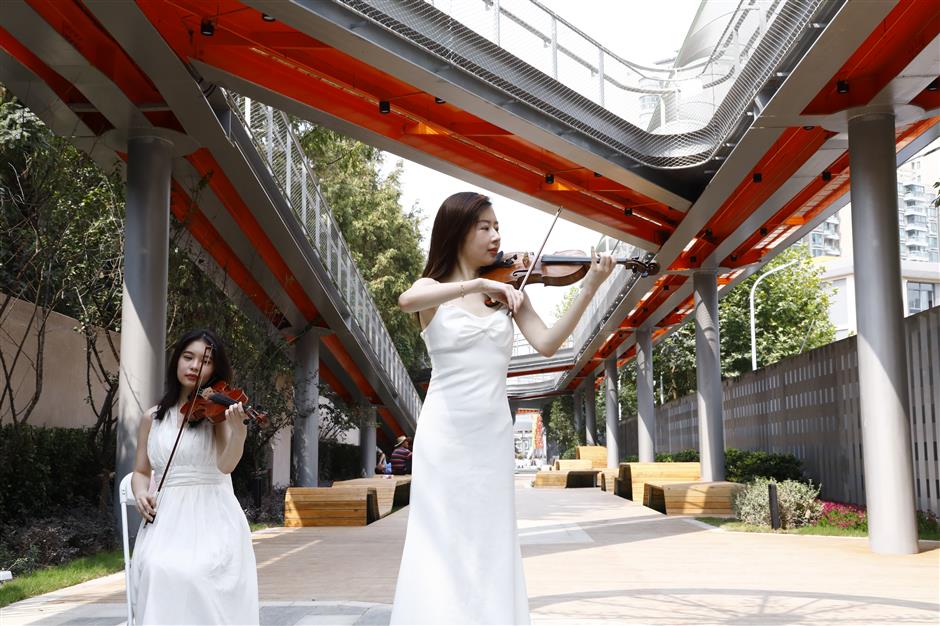 Violinists perform at the newly unveiled Centennial Park at the Caoyang Community.

A photo exhibition about citizens in Caoyang Community, known as China's first workers' community, has been launched as part of the city's ongoing biennial art season.

The display named "The Smile of Caoyang" features the portraits and photos of 15 people living or working in the community. Minimum adjustments were made to the photos to retain the pure and natural style of peoples' expressions, said Jin Jiangbo, curator of the exhibition and deputy dean of Shanghai University's Academy of Fine Arts.

The photos are being displayed along Huaxi Road near Caoyang Park through to the end of Shanghai Urban Space Art Season 2021 on November 30.