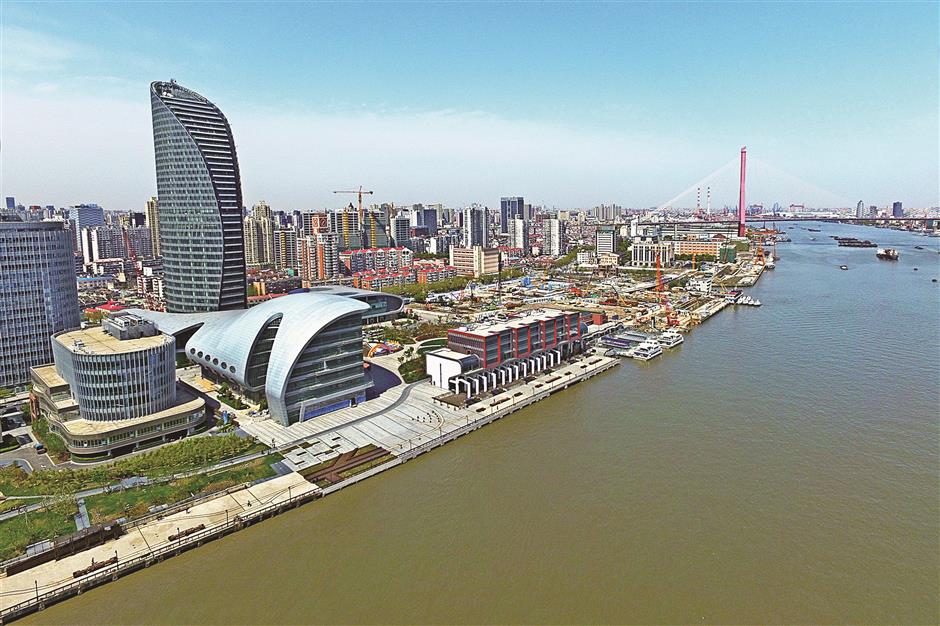 Transformation is a leap of faith

One hundred years ago, when people sailed the Huangpu River, they saw a towering chimney next to the Yangshupu power plant's No. 3 coal transfer station from a distance, they knew that they had arrived in Shanghai.

One hundred years later, the former coal transfer station is no longer in use. A new green business park with an industrial value of 300 billion yuan (US$46.53 billion) called "Changyang hub" was born here, representing a new growth cornerstone of Shanghai's economy.

Industrial workers who once worked beside roaring machines have been replaced by white-collar employees hunched over a keyboard. Shanghai's oldest industrial landmark has become a representation of the new economy. Behind the transformation of Yangpu, there is a driving force throughout.

During the 2008 global financial crisis, Yangpu bucked the trend. At that time, people remarked, "Yangpu is full of faith and strength." The COVID-19 pandemic broke out in 2020, and Yangpu's 561 online new economic enterprises took advantage of the shift to online commerce, accelerating the gathering of new industries and showing the world Yangpu's high-spirited and sustained strength.

With development as the foundation and innovation as the soul, the district dares to take the lead. Yangpu's strength is being passed on from generation to generation. 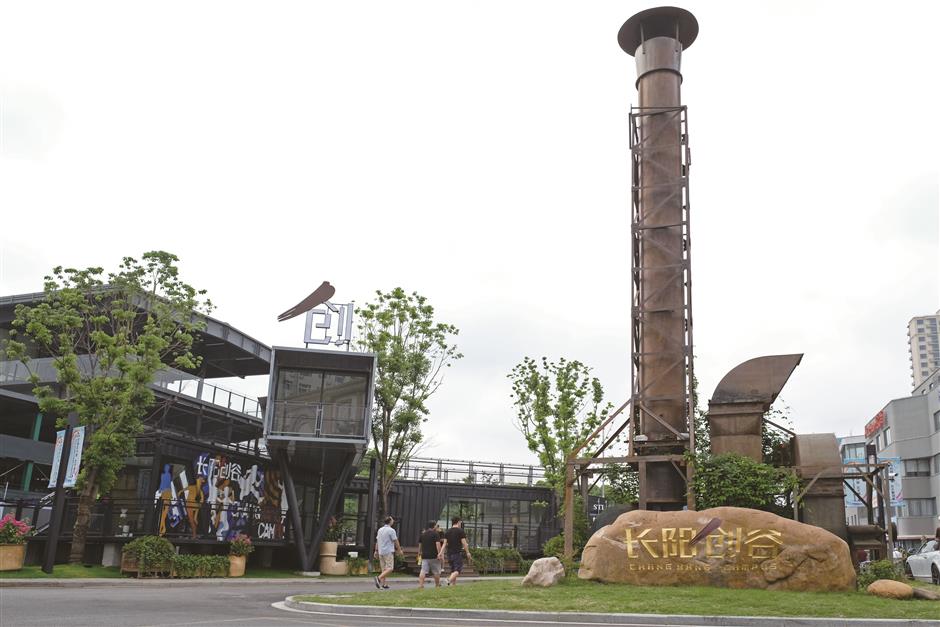 Yangpu Binjiang, or the riverside area, represented the rise and fall of industry for a century. At the beginning of the 20th century, foreign capital poured into Shanghai.

Yangpu Binjiang took the lead in industrializing. Thirteen iconic structures of the big machine age were built there, such as the Yangshupu power plant, water plant and gas plant, which were the first in China and the largest in the Far East.

After the founding of the People's Republic of China in 1949, industries were nationalized, and many "firsts" in China, such as the first water plant, power plant, and mechanical weaving factory, were born here.

At that time, Yangpu Binjiang gathered 600,000 industrial workers and the industrial output accounted for more than 5 percent of that of the entire country. During the day, people and materials were constantly on the move. At night, the factory employees worked overtime and the lights were brightly lit.

In 1990, the development and opening up of Pudong brought about a major adjustment to Shanghai's industrial structure. The advantages inherent in Yangpu's traditional large industry were fading.

A rusty door with relics of heavy industry and social burdens but with a strong ambition to conquer the vast outside world, Yangpu's people summoned up their strength again, pushed to open the heavy door to embrace innovation and a time of renewal on the piece of land under their feet.

In 2003, the CPC Shanghai Committee and the Shanghai government made a major decision to build a Yangpu innovation zone. Different from the university-city model, Yangpu turned itself into a "university" without walls, allowing the power of knowledge to flow freely.

Yangpu created the concept of the "three zone integration and joint development" of university campuses, science and technology parks and communities, and walked down a trail of transformation blazed by innovation and without precedent.

On November 2, 2019, when General Secretary Xi Jinping visited Shanghai, he put forward the important idea of a "people's city for the people and people's city by the people" in Yangpu Binjiang.

The concept of a "people's city" has become the powerful soul of Yangpu in the new era and has been implemented from large-scale urban construction down to small-scale community governance.

To realize the rapid development of innovative urban areas, Yangpu will continue to stimulate their driving force, overcome difficulties and open up to a whole new world.