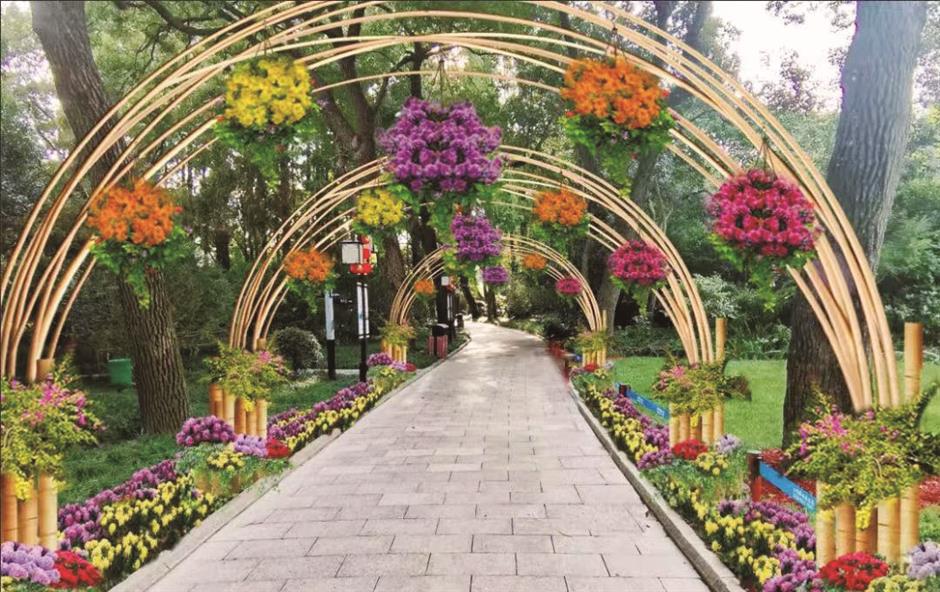 An avenue in Zuibai Pond Park has been decorated with chrysanthemums.

The 48th chrysanthemum show at Zuibai Pond Park in Songjiang District is underway.

Inside the park, chrysanthemums are decorated at the west gate, major avenue, grassland, down redwood forest, east gate and around the park's lake. Among them, the largest setting extends for about 500 square meters.

The park introduced bamboo-weaved artworks, show boats, floats and antique shelves to either decorate the flowers or showcase them. In addition, pictures of China's important science and technology achievements like the lunar and Mars probe projects are displayed along with the flower show.

Chrysanthemum bonsai are also decorated on writing desks and tea tables in ancient buildings inside the park. A total of 300 bonsai pots are exhibited in more than 200 categories. The colors of the chrysanthemums range from green, purple and red to indigo and mixed colors.

In addition to the flower show, calligraphy works by the Songjiang Calligraphers' Association are exhibited in the park's gallery.

Both the flower and calligraphy show run until November 20.

Pandemic prevention measures are being carried out. Visitors must show their identity cards, health, travel and ticket codes and have their temperature checked before entering the park. 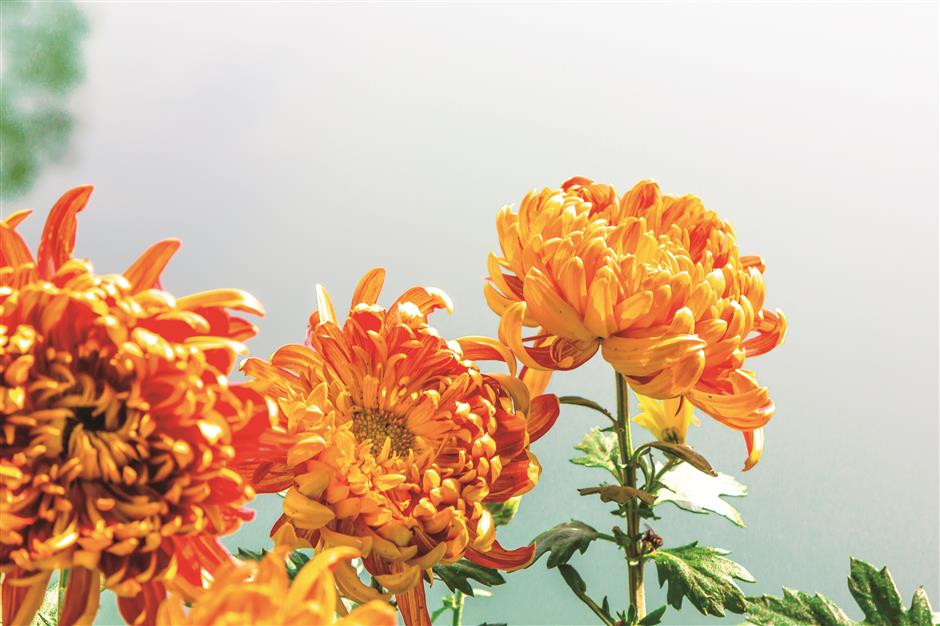 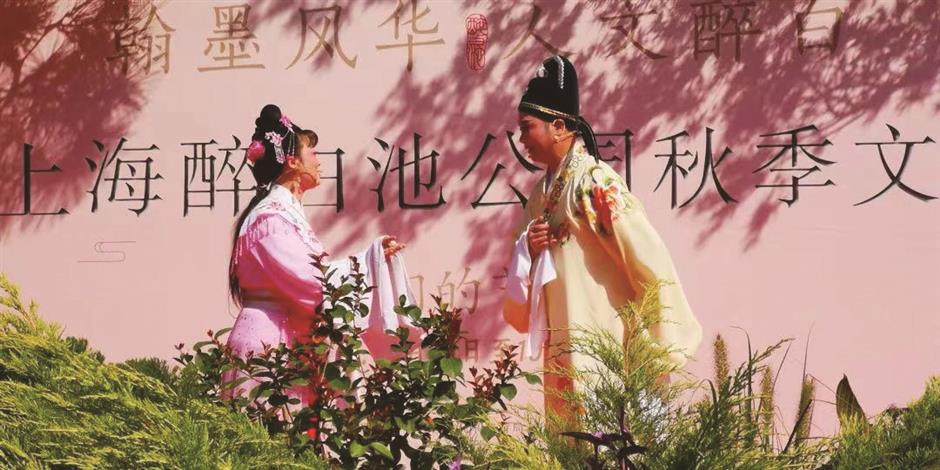 Traditional Chinese opera shows were also performed at the park.