Team spirit may be the secret ingredient that had led to success for Hongqiao Town's Minhang Gateball Team, who play professionally and have been winning international competitions.

Gateball, a mallet team sport inspired by croquet, is a fast-paced highly strategic game played on a rectangular court 20 meters long and 15 meters wide. The game, invented in Japan in 1947, is played by two teams of up to five players. Teams score one point for each ball hit through a gate and two points for hitting the goal pole. 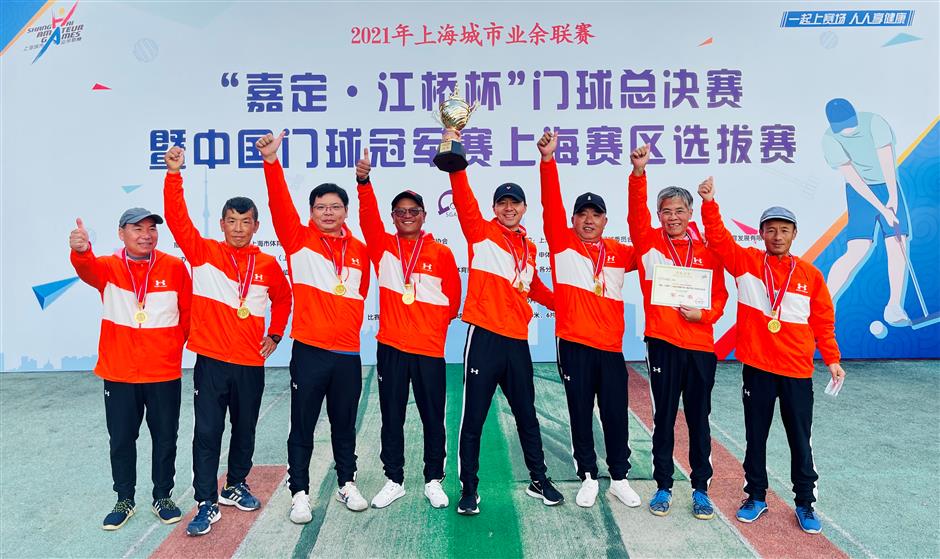 Gateball is not a sport for old people only, according to Chen. "It is somewhat less demanding physically than other sports, which is why it's called 'snooker on grass,' but it requires wit and team work to really excel in the game," he said.

Many residents of Hongqiao Town play the sport, which was first introduced to the area in 1988. In the beginning it was played mostly by the elderly, but grew with players from different age groups. Local sports authorities decided to bring it to the next level, making it competitive, and formed the Hongqiao team, whose members were 30 years old on average.

Despite recent competitive victories, the players itself remains "amateur" to a large degree. It is a non-Olympic event, with athletes training during their off-work hours. In this sense, it can be said that players have a true love for the game.

The team's winning streak began in 2002 in Singapore where they won first place in a match. It was the first time Chinese players came top abroad. Inspired, the team trained hard, eventually winning the Gateball championship in China in 2007.

The team's outstanding performance was the result of consistent training. "As the old saying goes, one minute on the stage requires 10 years of practice off stage; we keep on practicing to maintain the proper status for matches," Chen said.

Despite working hours every day at their normal jobs, members train up to three hours a day when the weather allows it. As training takes place mostly at night, lighting has been installed at the outdoor court where they practice.

The team at a training session

Fu Haiming, the team's coach, is a very busy man. During the day he's a police assistant, but after work he rushes off to practice, leaving him only a few hours' sleep.

Another important member, Zhu Chaojun, has been on the team since the beginning. When he first joined, he was 18. These days his skin is tanned from prolonged exposure, during training, to the sun over the years. 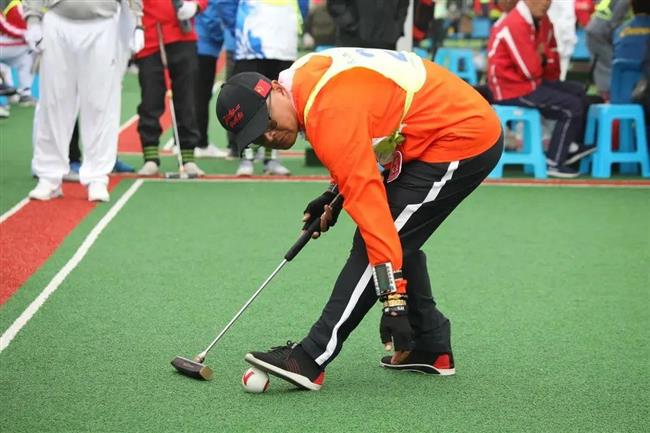 "These are our wonderful members," Chen said. They have sacrificed a lot of their personal time for the game, but still enjoy support from their families."

There were times when Chen missed the meet-and-greet sessions at his son's school. "After work we usually train until 8 pm and my child didn't understand, but now he knows, and encourages me to keep on training so we can win more championships," Chen said with a smile.

Team member selection comes down to one important criterion – members must be local people living and working in Hongqiao. Being chosen to play on the team creates a bond connecting athletes with their families, friends and the community at large.

Chen said the game he recalls most vividly was the World Gateball Championship in Shanghai in 2010. Though they were not able to go further than the final 16, they felt everything paid off when they wear the badge of the national flag on their uniforms.

"It was our first experience in a world championship and we gave it our best," Chen said. "We come from all walks of life – farmers, security workers and others; never had we imagined that one day we would play as a national team."

The team continues to hone their techniques. During regular training, they keep records of strokes and goals made each day, and from time to time, they invite out-of-town coaches and players on exchange programs to learn new strategies.

Asked what it is about gateball that he finds appealing, Chen, a former football player, said, "I like team effort and the unexpected changes in the process; different coaches, strategies and routes lead to different results. Engaging in outdoor activity brings us closer to nature."

Gateball has a big influence on many people living in Hongqiao, which has 20 amateur teams of all kinds, including some comprised of just seniors, and others for youngsters. Shanghong Middle School formed the first youth team in Shanghai and was ranked among the top ten national middle school gateball teams, with instruction by Chen and his team members.

Chen's team seems to have the most fans. "We have lots of spectators at our games," he said, "They call us 'Shanghai's Top Players'; we like that nickname. It's an honor." 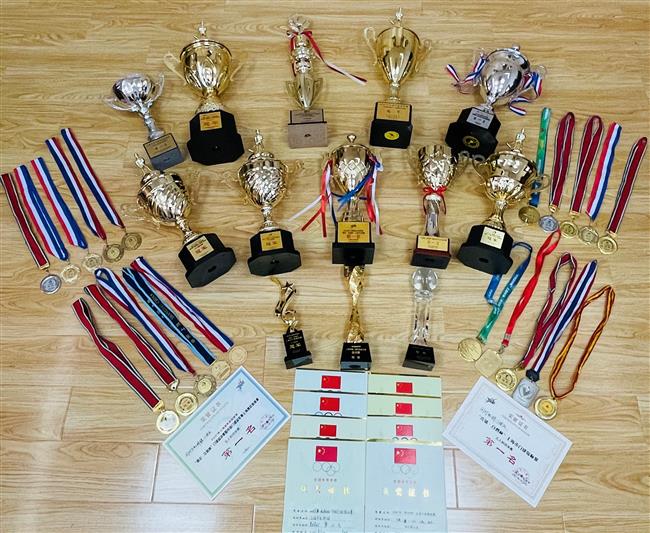