District going all out on beautification effort

Qingpu District is sparing no efforts to make the suburban area into a beautiful and green home for its residents.

The Dianpu River flows east from Dianshan Lake in the district. Boats shuttle on the waterway all year around.

On both sides of the river are rice paddies that add colorful touches in different seasons. Egrets with widespread wings are often seen hovering over the fields and gliding across the river.

At a bend of the river where two tributaries empty into it is located an ancient pagoda named Wanshou. The Wanshou Pagoda has been given a face-lift and taken on a new look.

Below the pagoda is a renovated park, complete with rockery, gurgling streams, and pavilions.

The newly built Zhidao Academy in the garden is known as the Jiangnan Cultural Living Room in Qingpu District.

"The academy which preserves the memory of old-time Qingpu is of great significance for the inheritance and promotion of Qingpu's excellent culture," said Ye.

Building the Zhidao Academy and the "Water City Gate" as its landmarks make the district more enjoyable and livable. 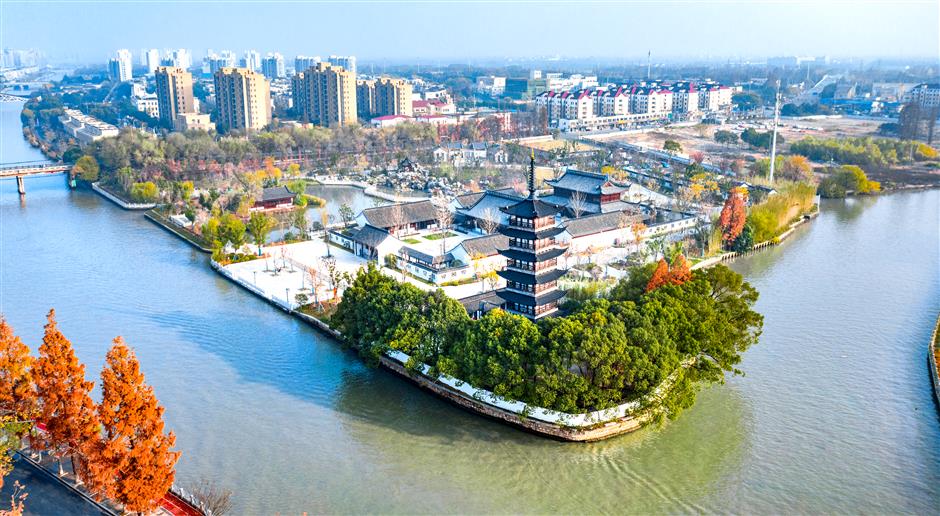 A bird's-eye view of a renovated park where Wanshou Pagoda and Zhidao Academy are located.

After more than three years of design, it has drawn a beautiful golden belt of water across the area, the Qingpu Huancheng Water System Park.

The water system around the district is not only used for construction but also imbues the area with more cultural flavor.

"In the past, the old apartments in the community had hidden dangers, few parking spaces and lacked public facilities. The living environment of the community was a bit bad," said a resident surnamed Li of Wanshouxin Village.

"Now, the roads and sidewalks are smooth and clean, and the riverside trail and the newly built public activity area are fully equipped with comfortable facilities to improve the cramped and messy environment. For us, this is life!"

The district was awarded the title of the 6th National Civilized City in 2020, demonstrating the district's vitality and harmony and also reflecting the "butterfly effect" brought by the creation of a national civilized area. 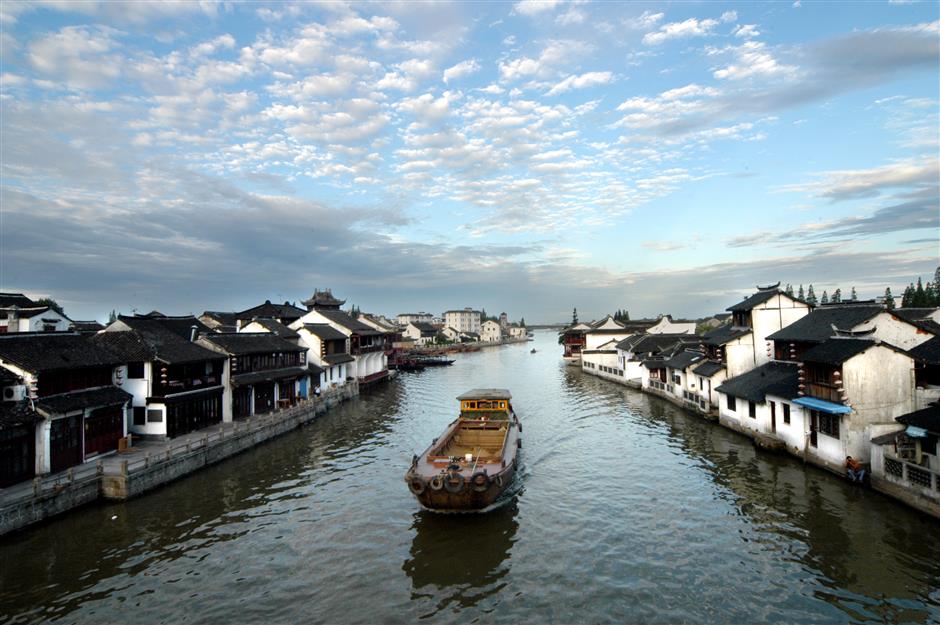