Jing'an District brings 2021 to a close with a bang

Jing'an never ceases to amaze its people. Though the year 2021 is drawing to a close, surprises are still springing up. Here are some of the stories. 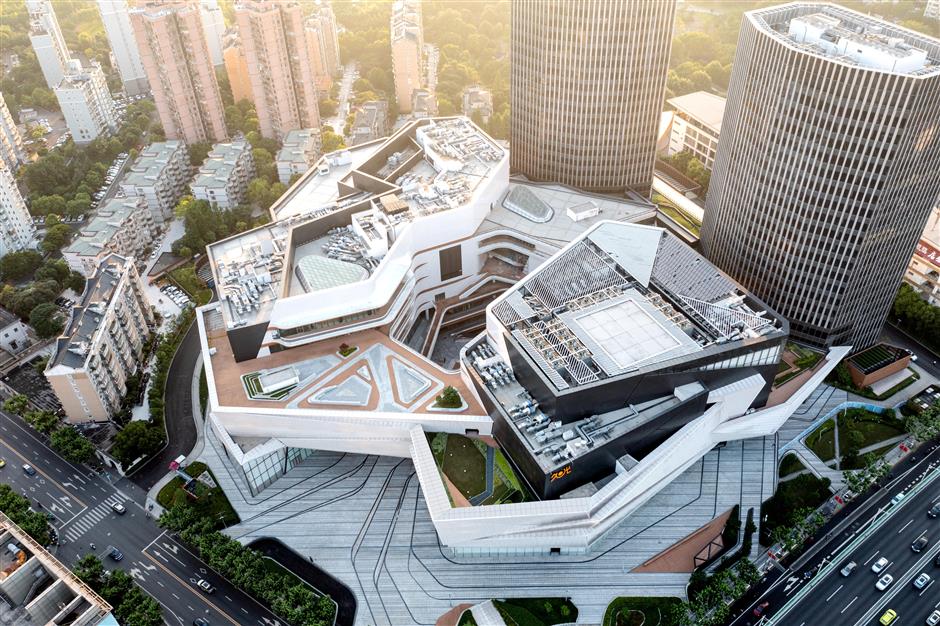 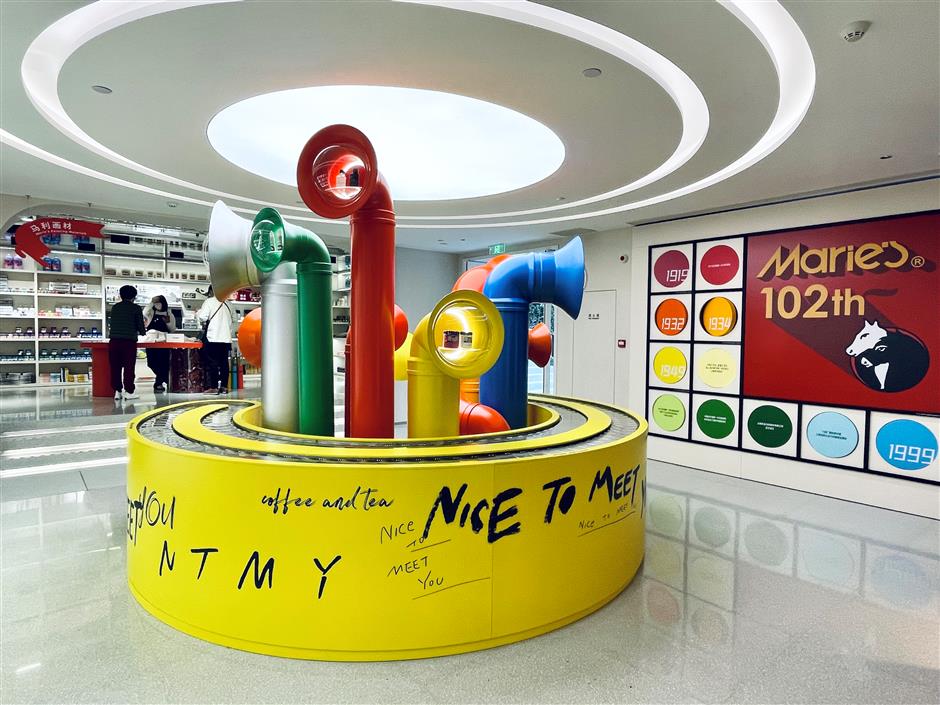 The city's second Jiuguang shopping mall has opened in the district's Daning area. It seems like fate or like an echo of the past.

It is four times the size of the first mall, covering an area of 348,000 square meters.

It acts as a contrast to the area's lack of high-end shopping malls as well as fuels the city's "debut economy," in which businesses open their first stores and launch new products in Shanghai.

It is home to more than 400 brands, nearly 30 percent of which are companies' first stores. They include the first Shanghai store of PARK by Balabala, the first Jing'an store of adidas MEGA and the first Daning outlet of the Michelin-starred Tim Ho Wan.

Back in south Jing'an, a new wanghong (Internet celebrity) hotspot has taken shape.

A former factory of a time-honored brand, Marie's, which specializes in painting materials, on Xikang Road has been turned to a new commercial site called mamǎfufú, where art exhibitions, DIY workshops and pop-up stores are all present.

It is decorated with bright colors as if a palette was thrown and scattered everywhere to maintain a link with Marie's. 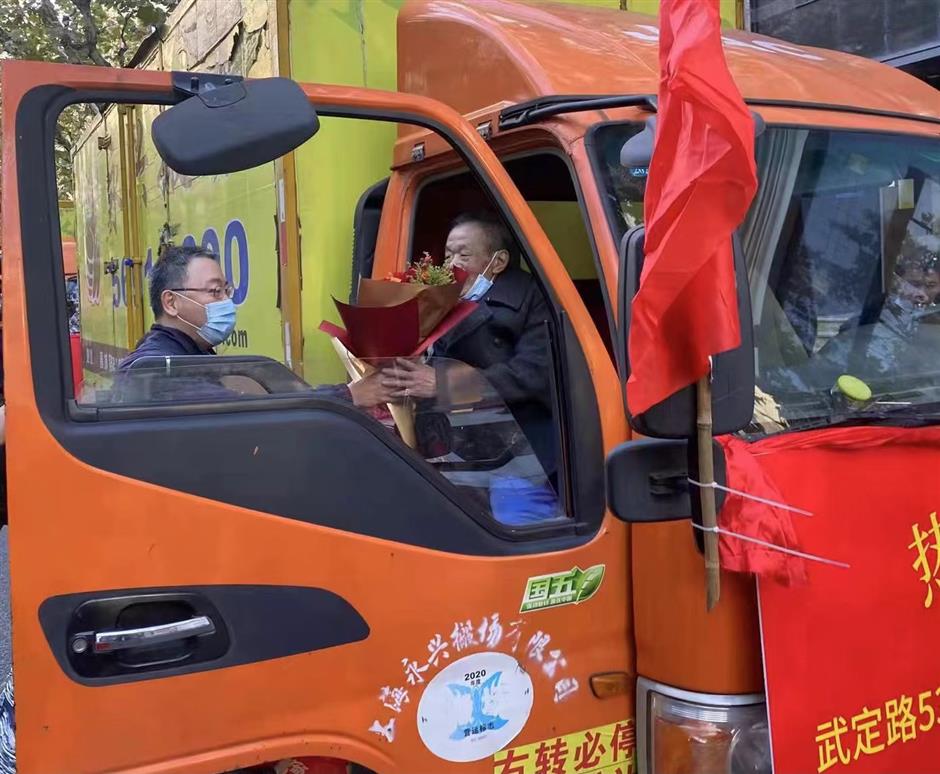 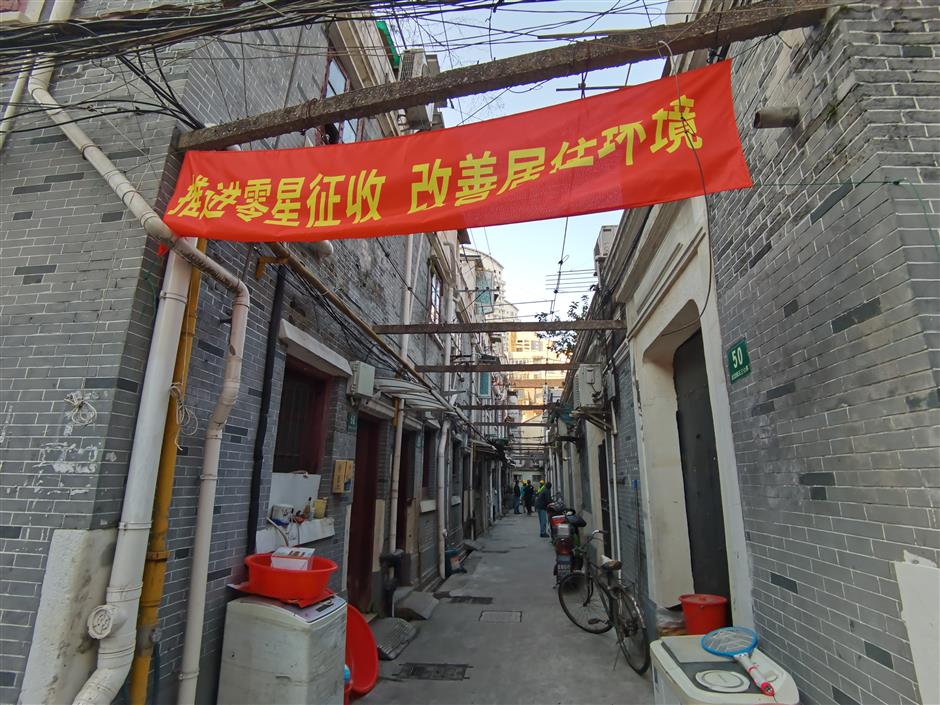 For 98-year-old Wei Zhaodi, this year is no longer as gloomy and chilly as it had been.

Wei has been living for more than 70 years in a dilapidated garret with cracked walls and leaky ceilings in an old alleyway neighborhood on Wuding Road. Finally, it's time to bid farewell to her squalid home.

"My four children were born and grew up here. My home faces north, so it lacks sunlight, and I have to climb steep stairs to get home," she said. "I've been living in such cramped conditions for my whole life. My daughter told me that I could finally move to a room facing south."

Wei was among the first six families who started to move out of their dingy abodes this month. The run-down neighborhood at 537 Wuding Road was surrounded by modern apartments. The dilapidated structures house 123 families. "I'm so happy. Good things finally are taking place," said 81-year-old Xu Zubiao.

His neighbor, 74-year-old Zhao Weizhen, has been waiting for this day to come for decades. She lived with her elderly mother and two sons in a 14-square-meter room. "It was too narrow to live in and too old to be repaired. I was really looking forward to leaving this place," she said. 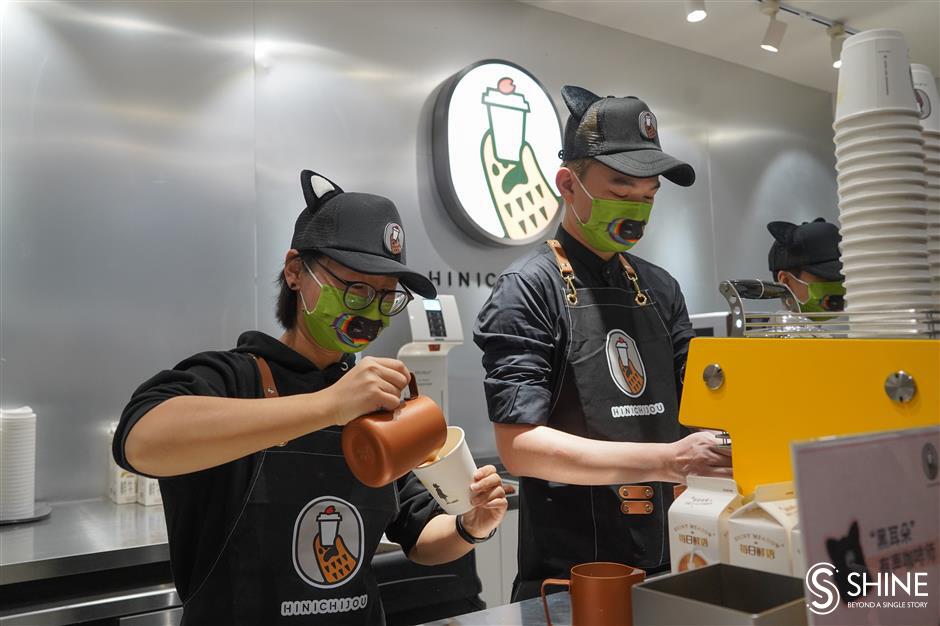 For "bear baristas" in Hinichijou, it's their first time for them to walk out of their holes and meet consumers. With positive feedback, the New Year is looking bright indeed.

Hinichijou is popularly known as the "bear paw café," as it started as a hole-in-the-wall café, literally, where a furry brown paw emerged from a hole to serve coffee. The wacky service mode was created for disabled employees.

This month, it opened the first open, wall-free café in the Crystal Galleria shopping mall in Jing'an where disabled employees serve customers face to face.

"We built the wall in order to break it down," Hinichijou Chief Executive Officer Chen Dake said.

Over 60 percent of the staff have disabilities, such as hearing impairments and facial burns. Many of them are shy and try to avoid social contact. The wall protects them from curious glances, but it also prevents them from coming out of their shells.

"It took us a year to build up their confidence. Now, they can relax a bit and face society. They don't need the wall any longer," Chen said.

More wall-free outlets will be opened.