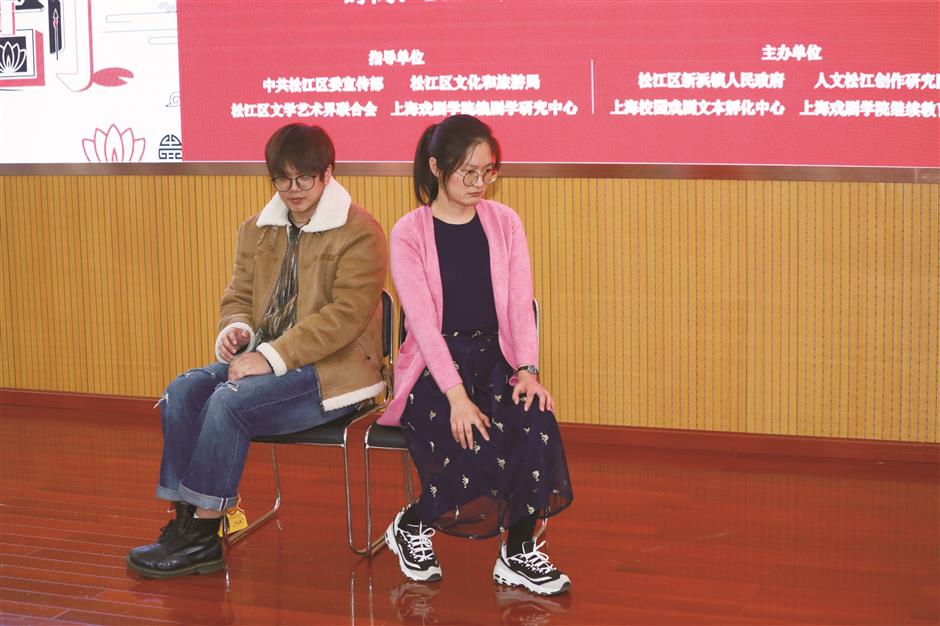 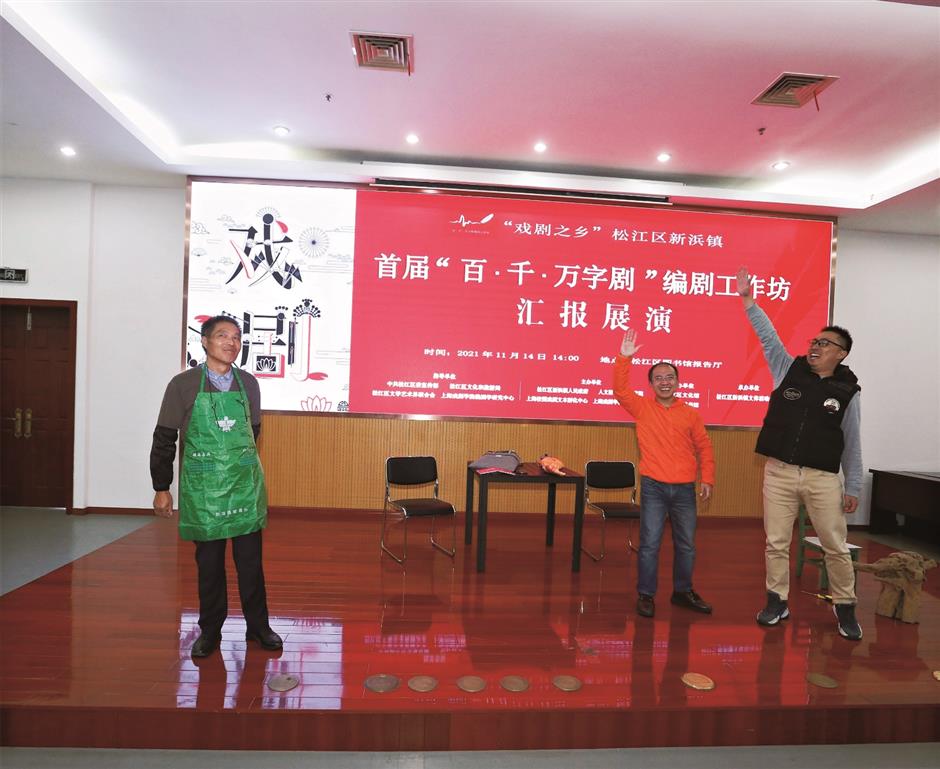 Hang Yan never thought she would one day write theatrical scripts. A farmer's daughter and Songjiang native in Xinbang Town, the 30-year-old villager just finished her free, two-month course as an "Excellent Graduate" of scriptwriting taught by teachers from the Shanghai Theatre Academy.

"We're so fascinated with theater and drama, and it was such a good opportunity for us to get to know this stage art," she said.

Growing up in Xinbang Town by the Huangpu River, Hang has been a big fan of local operas staged at the village's temple fairs. In fact, the town, known as the "Home of Drama," has been fertile soil for operas, dramas and musicals dating back to the Qing Dynasty (1644-1911). Each village has an opera stage and develops its own production team of scriptwriters, directors, actors and actresses.

From Xinbang, the opera craze spread to other Songjiang towns. Kunqu Opera masters Yu Sulu (1847-1930) and his son Yu Zhenfei (1902-1993) spent years in Songjiang developing opera. It is also the cradle of Huju Opera performed in Shanghai dialect. In the 1930s, a group of renowned Huju Opera performers and playwrights began to shine on the city's stages.

This past October, Hang applied to be part of the drama course set up by Lu Jun, a professor and playwright at the theatre academy. As a Xinbang native, Lu is sparing no effort to give back to his hometown by setting up the Research Institute of Songjiang Culture and writing plays inspired by the farmland and village life.

She was required to write plays within 100 words, 1,000 words and 10,000 words based on different topics, learning to depict different kinds of characters, creating plots with conflicts and turning the impossible into possible.

One topic was writing a relationship break-up story. A wants to break up with B, but B knows nothing and is happily planning the wedding. A decides to have a showdown.

Another topic is A's bra is windblown to B's balcony. A knocks on B's door to get the bra back and B's wife is not home.

"They are fun but very hard to write with logic and black humor under the given topics," Hang said.

It was the first time she has written scripts, all inspired by village life and people with whom she grew up.

"My childhood memories of Xinbang Town are the large, golden rice paddies that were harvested," she said. "My parents worked in the field while I sat on the wheat-rick."

Her first play was set in Xinbang in the 1970s. The protagonist is a young man who refuses three times to leave his hometown to attend a university. At that time in China, the opportunity to go to a university was primarily determined by one's "class background" – workers, farmers and soldiers were favored.

The young man is stuck in the dilemma between his strong attachment to the town and desire to learn and improve it.

"The story develops as his inner conflicts increase. I'm still working on it," Hang said.

The other play is still a vague concept based on her family history. Hang's great-grandmother, a widow, sought refuge from Jiangsu Province to Shanghai and joined the Battle of Crossing Yangtze River in 1949.

"She was a boat woman who helped transport People's Liberation Army soldiers. She once had a certificate but lost it. My mother and uncles have told me the story hundreds of times since I was a kid," Hang said. "It needs more research and artistic processing if I'm going to write a play about it." 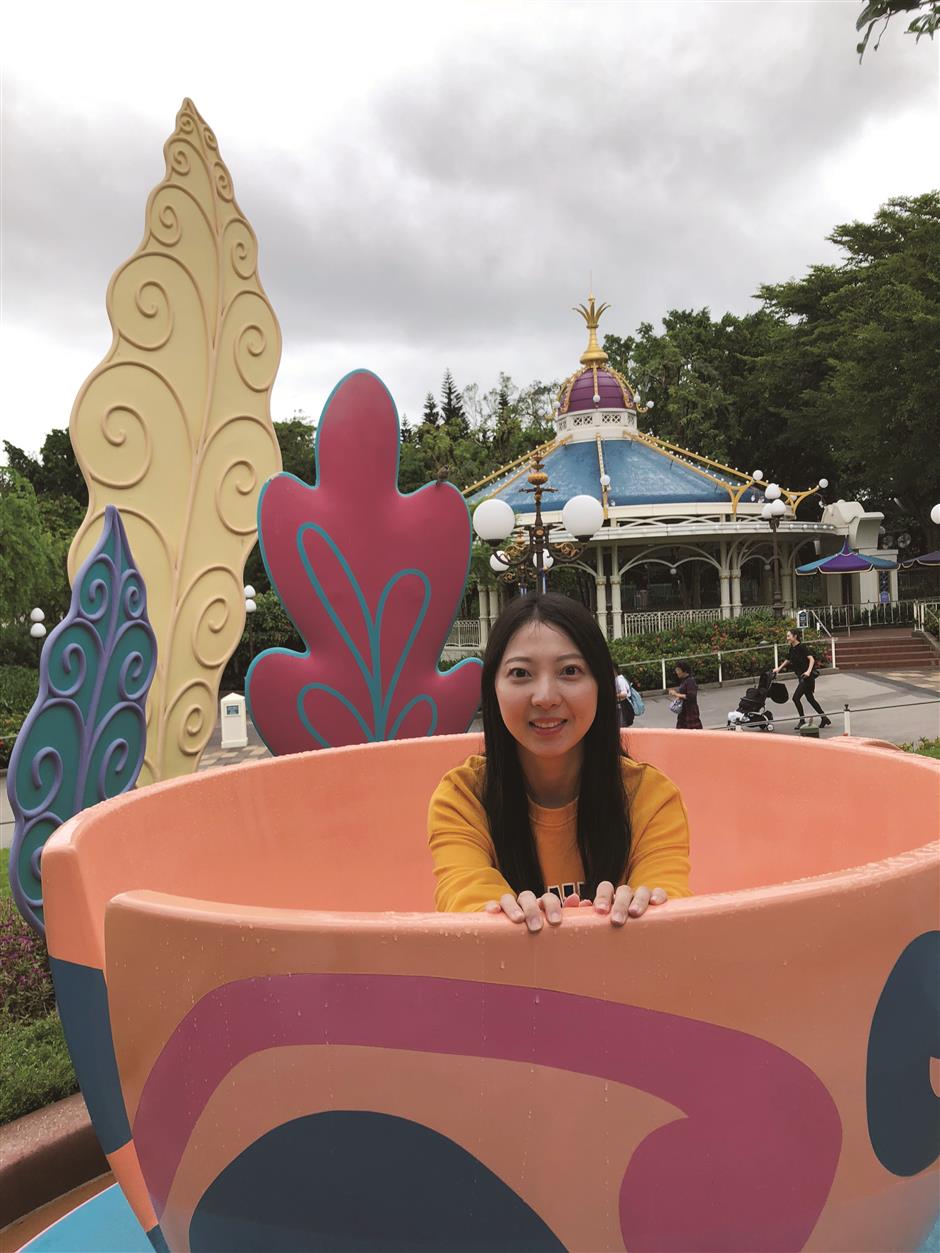