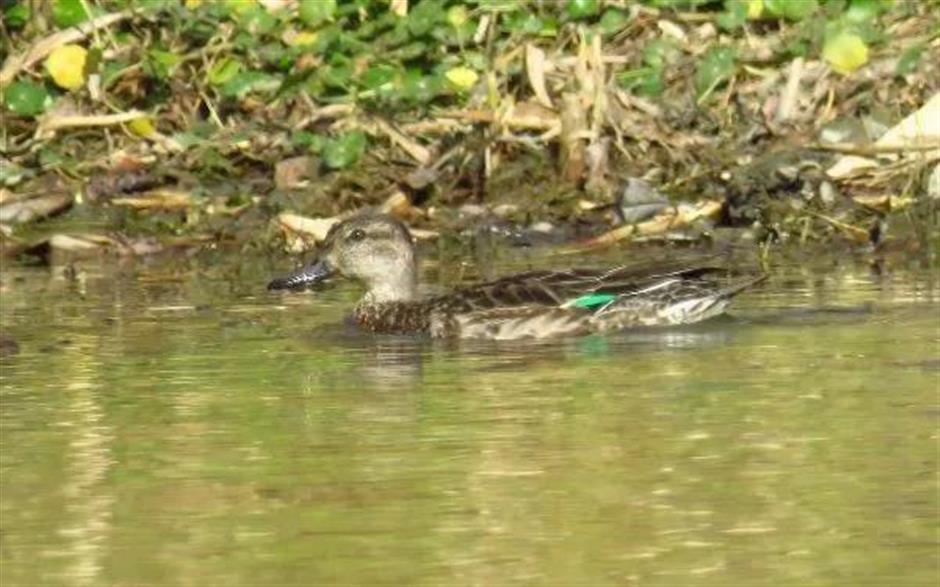 This unexpected visitor caught people's attention when staff at the botanical garden were salvaging weeds on the lake and noticed a duck flapping its metallic-green wings, which was later identified as a rare Eurasian teal.

The small duck species lives in different parts of the northern hemisphere and are usually less than 30 centimeters long. It gets its "green wing" name from the feathered area on its wings that reflects a metallic-green luster, sometimes referred to as "wing mirrors."

Female Eurasian teals have a darker body, while males have green stripes extending from their eyes, making them more beautiful and eye-catching.

In recent years, the botanical garden has had visits from wild ducks such as gadwalls and tufted ducks, but this is the first time a Eurasian teal has been spotted there.

These ducks have seasonal migration habits, and usually migrate northward from their southern wintering grounds every spring and back south in September or October. The Yangtze River estuary is one of their wintering grounds.