Bevy of indoor and outdoor activities in district for upcoming staycations

Staycation tourism is becoming a mainstream trend, as sporadic small outbreaks of COVID-19 cases in China make pandemic prevention a priority and cross-regional tourism that may cause virus spreading is discouraged. Minhang District treats its staycation tourists with the opening of a renovated park and brand new park, an intangible cultural heritage study center, a cultural relics exhibition and winter ice sports.

The Minhang Aquatic Plant Garden inside the Minhang Development Zone reopened to the public on January 1 after a 7-month, closed-door renovation.

Renovation of the garden included removing some 220-kilovolt, ultra-high-voltage towers and a facelift to areas affected by a 110-kilovolt underground tubes project. Two phases of renovation projects covering 2,600 square meters and 29,400 square meters, were completed in July and November 2021, respectively.

The cement and pebble-paved ground was replaced by quartz bricks. Pergolas and pavilions have been preserved, and a total of 72 seedlings of early and late blooming cherry trees have been planted. The garden also planted 4,000 hydrangeas in five categories and about 300 Chinese roses.

"We've been promoting the lowest carbon dioxide emissions while renovating the garden. Lighting facilities in the grassland and the courtyard are solar powered.

Billboards, seats, pergolas and pavements have been renovated, and now the garden has become a dream greenery and leisure space for nearby residents and development zone staff," said a manager of the Minhang Development Zone service center. 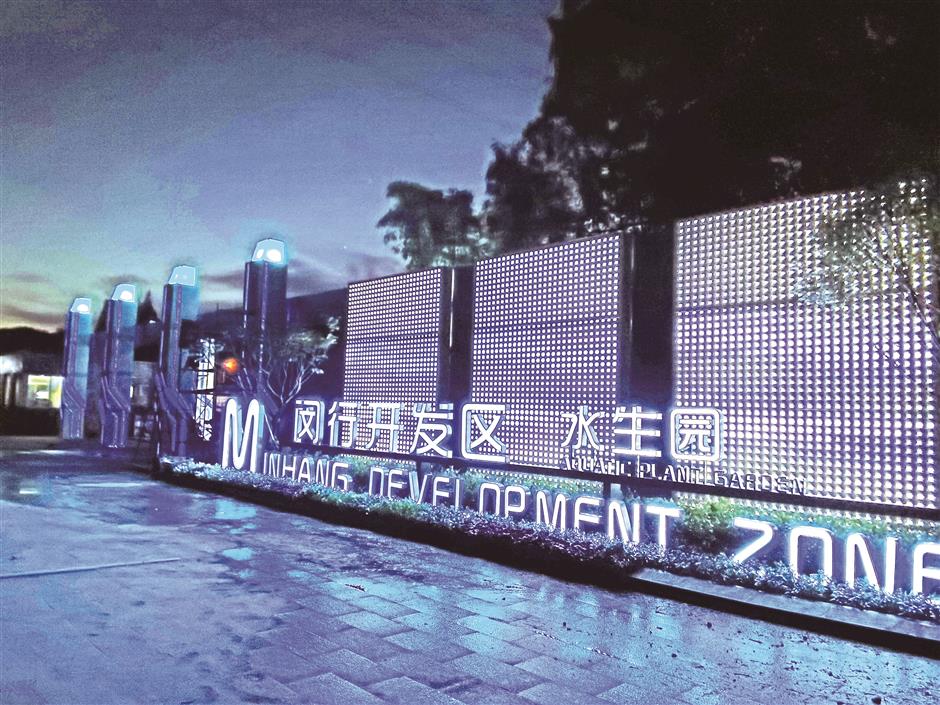 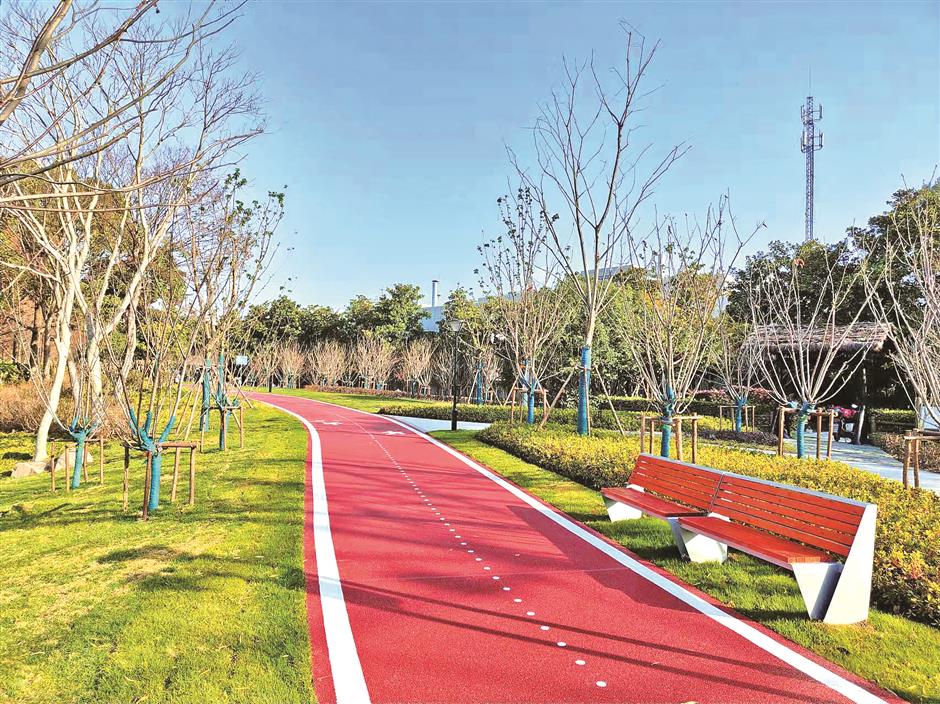 How to get there: Minhang Development Zone Station, Metro Line 5

A perfume sachet cultural space, an intangible cultural heritage base in Xinhong Subdistrict, completed construction at the end of December.

The sachet space, located inside the Xinhong Culture Center, covers 210 square meters and its ceiling is a wavy art installation. Decorated in a new Chinese style, its coloring is a mixture of log, gray and white.

Visitors can watch a sachet exhibition, learn how to make a sachet and attend a seminar about sachet culture. They're encouraged to smell and wear a sachet, use a sachet's medical functions to benefit their health and bestow their feelings upon a delicately made sachet.

Sachet making in Minhang District was listed among the first batch of national intangible cultural heritage extended list in 2008. For more than a decade, the Xinhong Subdistrict has promoted it through displays and training activities. 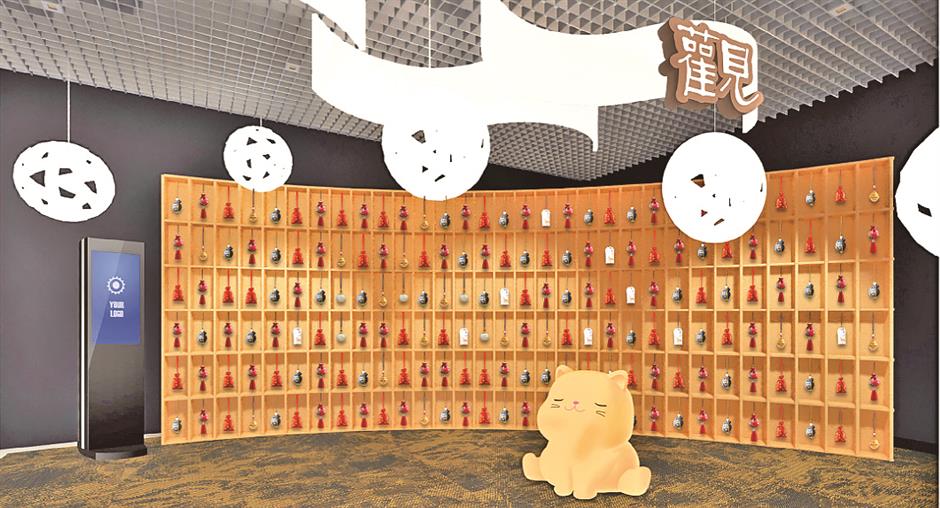 How to get there: Take Metro Line 2 to Hongqiao Airport Terminal 2 Station, then get on Hongqiao Business Zone No.1 Bus to Ninghong Road and Shenbin Road Station.

A Longquan sword and celadon exhibition is on at Minhang Museum until February 28. Longquan, a city in neighboring Zhejiang Province, is famous for its sword-casting and celadon-making craftsmanship, both listed as intangible cultural heritage items.

The sword exhibition comprises a total of 42 Longquan swords, as well as illustrations and explanations about casting processes and legends.

It is said that Ou Zhizi and Gan Jiang, both renowned ancient armorers, cast China's first iron sword about 2,600 years ago. Sword casting in Longquan has developed throughout history, and in 2006 it was listed among China's first group of national intangible cultural heritage items.

In the celadon exhibition area, 60 delicate Longquan celadons are displayed.

Longquan kilns are historically renowned in China. They originated in the Three Kingdom era (AD 220-280) and Jin Dynasty (AD 266-420), developed in the Northern Song Dynasty (960-1127) and reached their peak in the Southern Song (1127-1279) and Yuan (1271-1368) dynasties. Although on the decline since the Ming Dynasty (1368-1644), the tradition of celadon making in Longquan has been preserved until today. In 2009. Longquan celadon making was listed as a human intangible cultural heritage item globally. 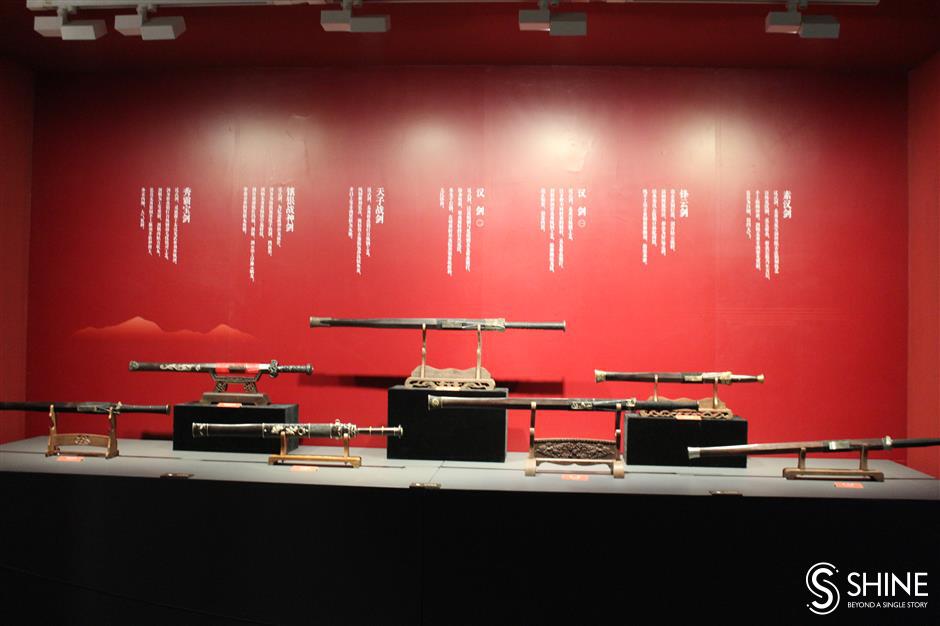 A total of 42 Longquan swords, as well as illustrations and explanations about casting processes and legends, are displayed at Minhang Museum. 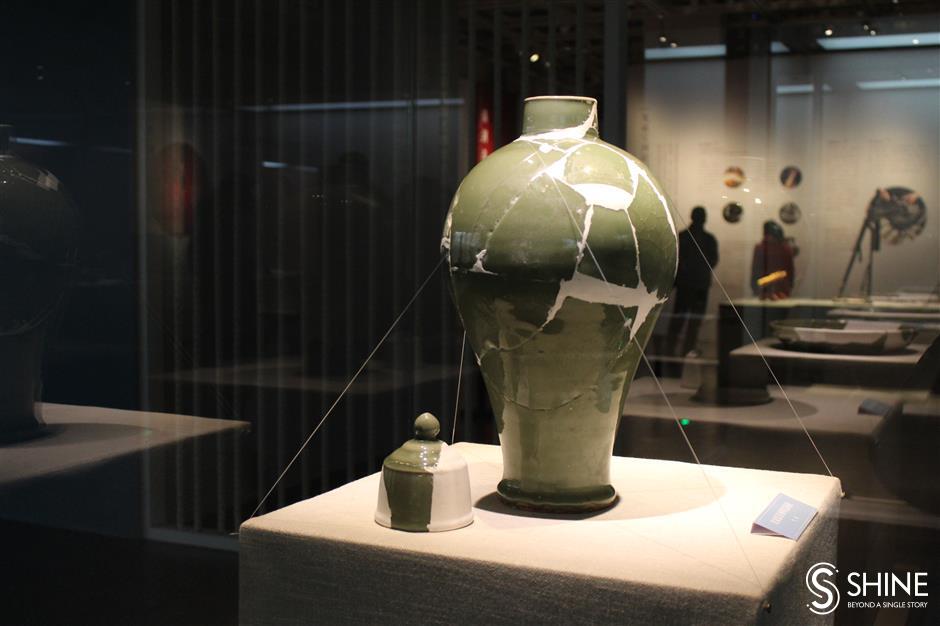 How to get there: Take Metro Line 10 to Hangzhong Road Station

As the 2022 Olympic and Paralympic Winter Games will take place in Beijing from February 2 to 20, winter sports are gaining popularity in Shanghai. In Minhang District's MIXC Shopping Mall Wuzhong Road Branch, people of different ages and from different countries have been skiing and skating at the mall's Century Star Skating Rink and Snow 51 Urban Ski Experience Hub. Though Shanghai is not a traditional winter sports city, more than a decade of hosting international sports events has helped winter sports develop quickly in the area. 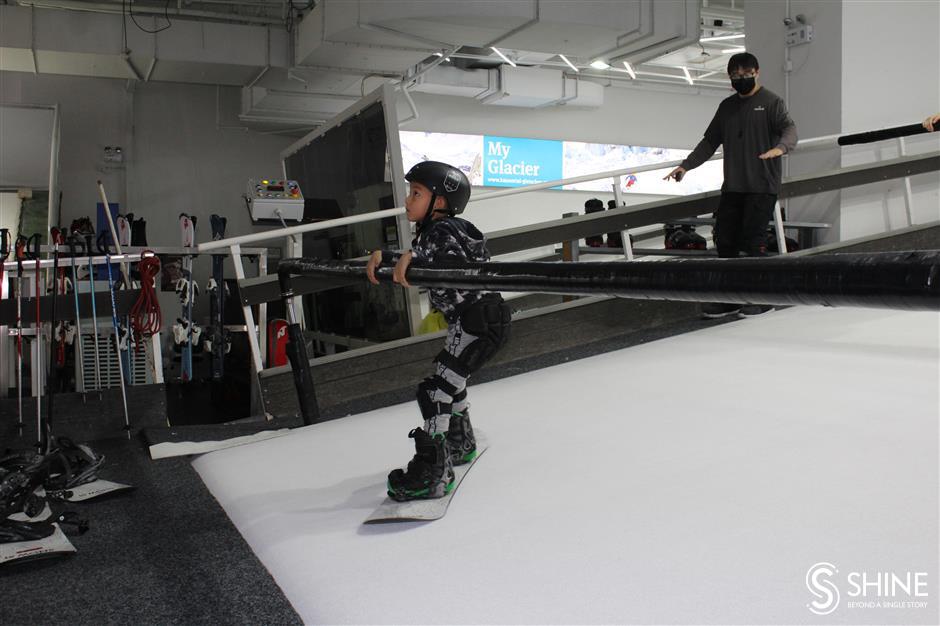 How to get there: Take Metro Line 10 to Ziteng Road Station

The long-awaited Gumei Park, a wetland park in the shape of a butterfly that covers about 100,000 square meters, recently opened to the public.

Located in the Wanyuan A street block, the park is surrounded by Gudai Road to the south, Pingji Road to the north, Hechuan Road to the west and Wanyuan Road to the east. Of its 100,000-square-meter area, 30,844 square meters are water. Construction of the park started in March 2019.

Divided into six sections, including wetland preservation, forest, cultural display and sports areas, the park features wetland plants, and its huge aquatic area in the center has attracted birds like egrets, mandarin ducks and wild ducks.

The park caters to people of different age groups with different interests. Prior to construction, landscape architects referred to Xujiahui Park, Jing'an Park, Minhang Sports Park and Lujiazui Greenland to ensure Gumei Park would be a sustainable public space.

The park is also accommodating to disabled people in wheelchairs.

The biggest park in the Gumei Road Subdistrict, the park serves its surrounding 100,000 residents and has a capacity of about 2,500-4,000 people. 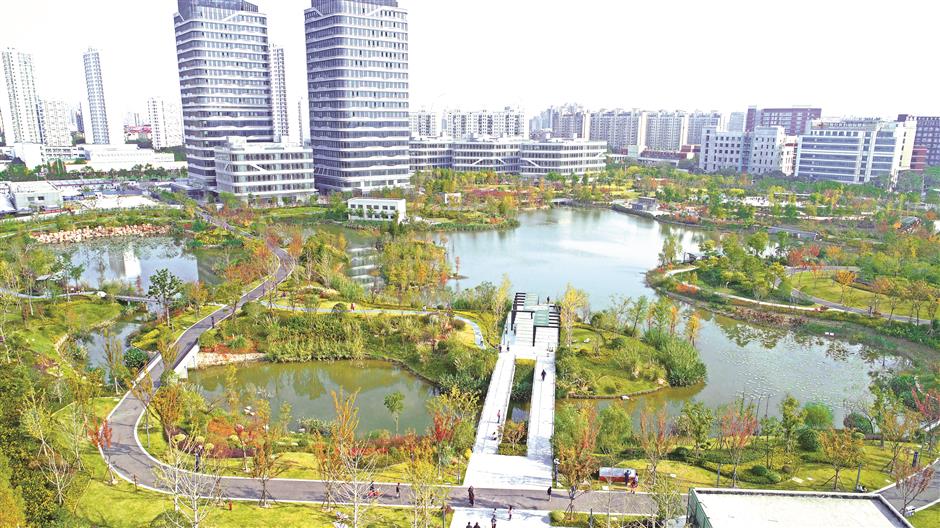 How to get there: Gudai Road Station, Metro Line 12