The entrance of the former Songjiang Theater at 37 Zhongshan Road M. lies in an alley about 50 meters away from the main road. Movie or theater goers who visit it for the first time might have a hard time finding it.

The former theater, with its lighting and acoustic facilities removed, is now abandoned. Its new site, the Yunjian Theater, with an innovatively designed contour in the shape of an unfolding bamboo slip and a seating capacity of about 1,200 people, staged its first performance – a Spring Festival symphony performed by the Shanghai Symphony Orchestra on January 25. 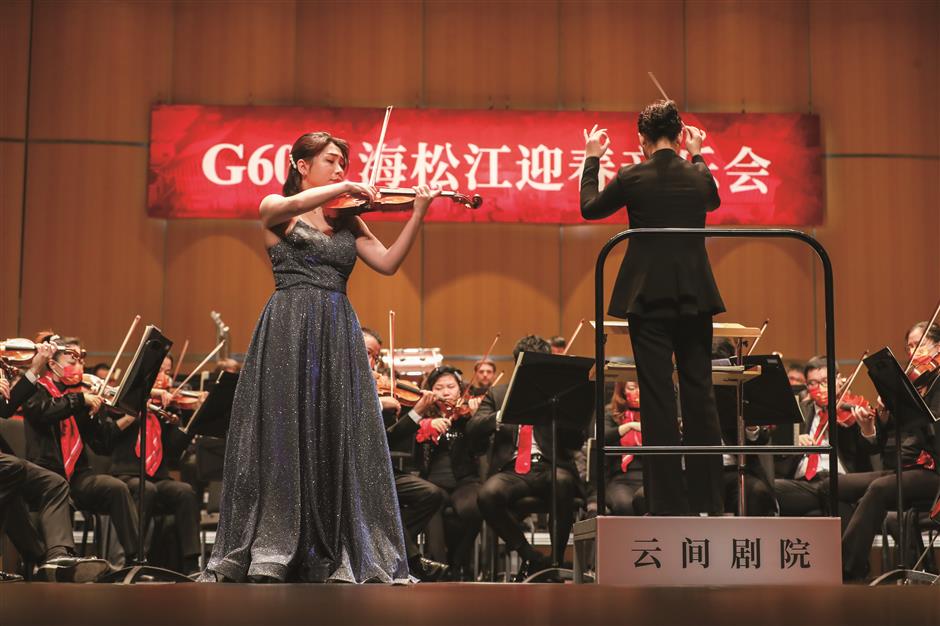 A Spring Festival symphony by the Shanghai Symphony Orchestra was staged at Yunjian Theater in Songjiang District on January 25. 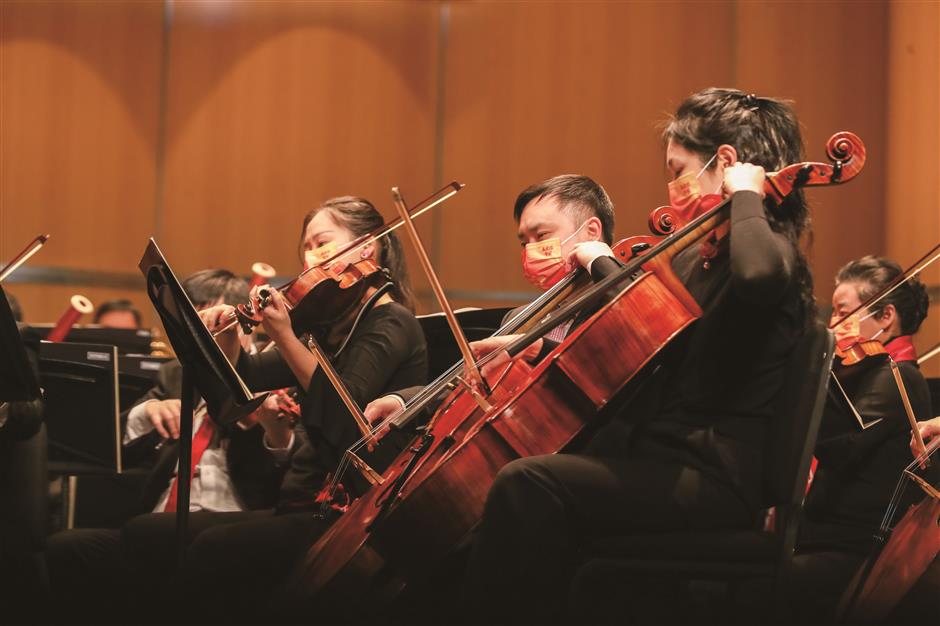 Musicians play during the symphony performance.

Xu Chuan, a director of the former Songjiang Theater, and Huang Huiming, a performance supply head of the theater, now work at a wing building in the new site. They are looking forward to a better theater culture for the district while feeling nostalgic about the former Songjiang Theater, which, like a retired worker, has fulfilled its role as a qualified culture venue.

"The earliest theater in Songjiang in modern times was at the site of the local Taoist Dongyue temple in the old city of Songjiang. The place was nicknamed Songjiang's 'City God Temple' for its boisterous atmosphere. Later, a theater was set up at the Taoist temple to satisfy people's growing need for a local culture venue," Huang recalled. "In the 1990s, as local people's requirement for religious worship rose as well, the Taoist temple was restored as a result of a government decision to use a conference hall as a new theater, which became Songjiang Theater."

"By 2009, Songjiang Theater had become an entire public institution from its previous half-state-owned and half-self-running organization," Xu said. "Without any business activities to generate profit to cover additional labor costs, staff members of the theater had to shoulder more responsibilities, including wearing rubber shoes and using a faucet to clean toilet floors."

A 2 million yuan (US$315,200) renovation to the theater was carried out in 2011, while the district government was pondering a permanent solution to set up a better culture venue to replace this transitional one.

"Songjiang Theater was not only a venue for elderly people to watch operas, but also a childhood wonderland for local young adults in their 20s and early 30s who had spent time there watching school-organized plays and movies," said Huang. 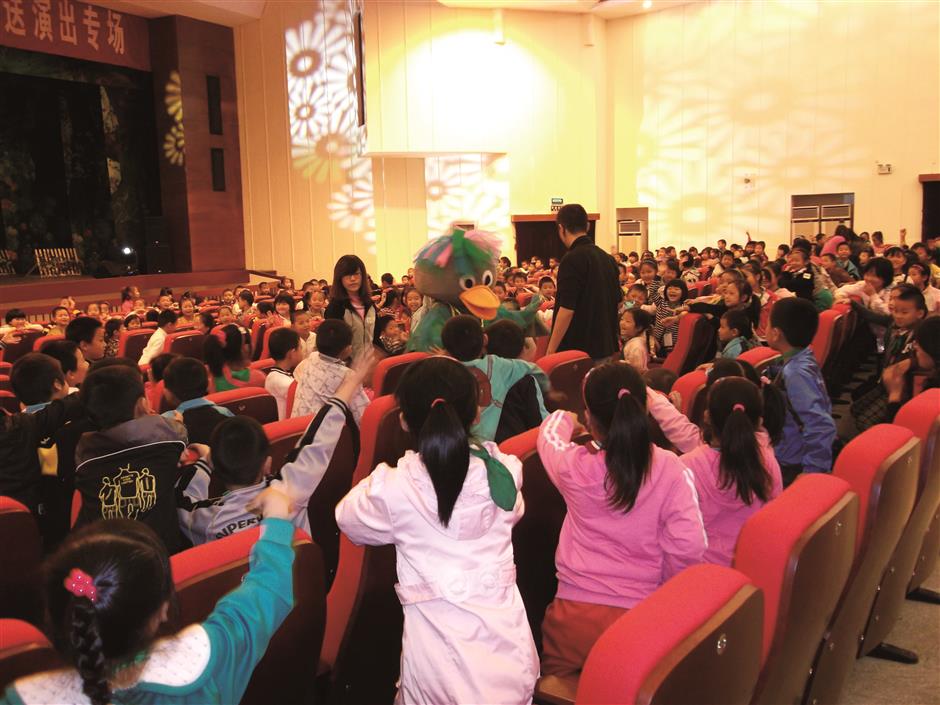 Songjiang Theater was not only a venue for elderly people to watch operas, but also a childhood wonderland for local young adults in their 20s and early 30s who had spent time there watching school-organized plays and movies. 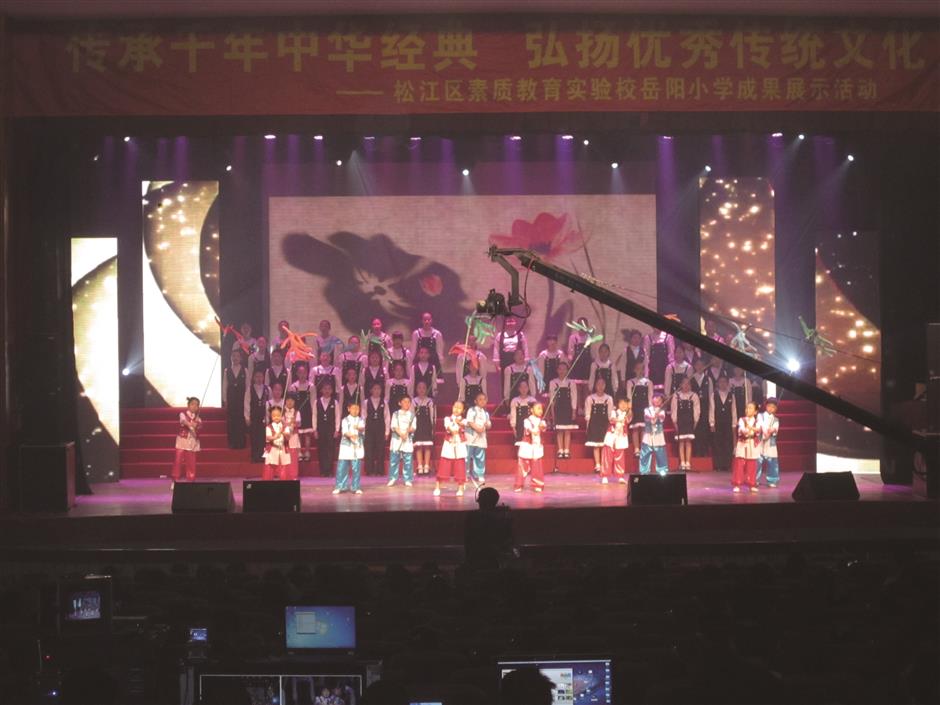 Children were able to watch plays and movies performed for them based on their age group. Programs like "Black Cat Detective" and modern children's Peking Opera performances were shown to primary school students, while musical plays by Shanghai Performing Artists Musical Troupe were performed for middle-school students.

"Movies and plays for children were staged by turn at that time from 9am to 4pm. Buses carrying children stopped at the square outside the theater. Sometimes there was only a 5-minute interval between emptying one group of children and ushering another group of children in. The theater toilet was outside the main building and children had to walk out there. We worried about their safety and tried our best to prevent any incidents. And luckily in those years we had zero incidents," said Xu.

"Children tended to leave behind their belongings: their transportation cards, umbrellas, Young Pioneer red scarves, stationery and even school uniforms. We collected them, put them away in an office and waited for the children to retrieve them."

As schools built more lecture halls, fewer and fewer children were sent to the local theater. The theater came back to its focus on staging cultural activities for the general public.

"The performances we organized at that time were well received. Audiences waiting outside the gate pushed and pressed the steel railings so hard they damaged them. We even called the police to maintain order, who advised us to reduce advising its upcoming shows."

As one of the organizers of the biennial Shanghai International Arts Festival, the theater welcomed international art troupes from Italy, Spain, Israel and Russia, as well as the National Peking Opera Co.

"We held about 150 to 160 performances annually at that time," said Xu. "Small as it is, Songjiang Theater had every function you can imagine, and artists were very willing to stage shows here."

As for the recent relocation, Xu and Huang had mixed feelings. The old theater was no longer theirs to operate, with the new Yunjian Theater on track for being operated in a different way.

"We are proud that we are employees of the brand-new Yunjian Theater. I hope it encourages many people to participate and that they not only watch performances but also join in the performances like they once did at Songjiang Theater," said Xu.

"We hope a theater-related organization takes over Songjiang Theater and gives it a second life as a culture venue." 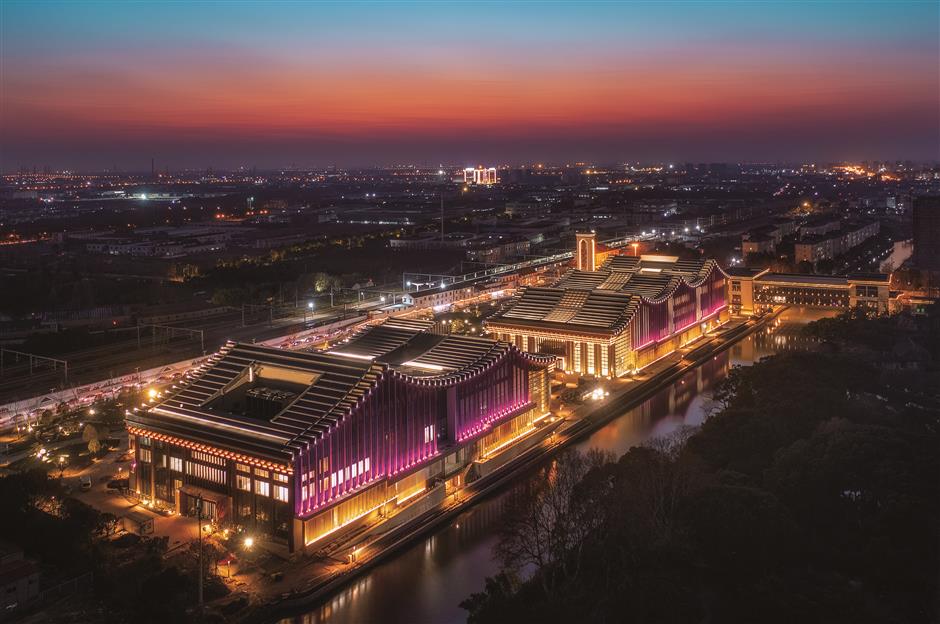 A bird's-eye view of Yunjian Art Hall where the Yunjian Theater is located.