A short video reflecting the cultural landscape of Anting New Town has gone viral on Douyin (Chinese version of TikTok). The cameraman is very socially influential with his short video "Much more to discover about China," which won first prize in the My China Style Global Short Video Contest held by People's Daily.

Surprisingly, the cameraman is a young guy from the United Kingdom who works as a math teacher at East China Normal University Affiliated Bilingual School in Jiading.

Twenty-seven-year-old Adam Mcilmoyle (who prefers to be called Adam) left for China from Northern Ireland after graduating from university in 2017. That was when he hatched the idea to travel around the world.

He started his trip in China because he was told about the Great Wall, Forbidden City, Chinese martial arts and giant pandas when he was little. He wanted to record the local customs and practices with stories about what he sees as the real China. 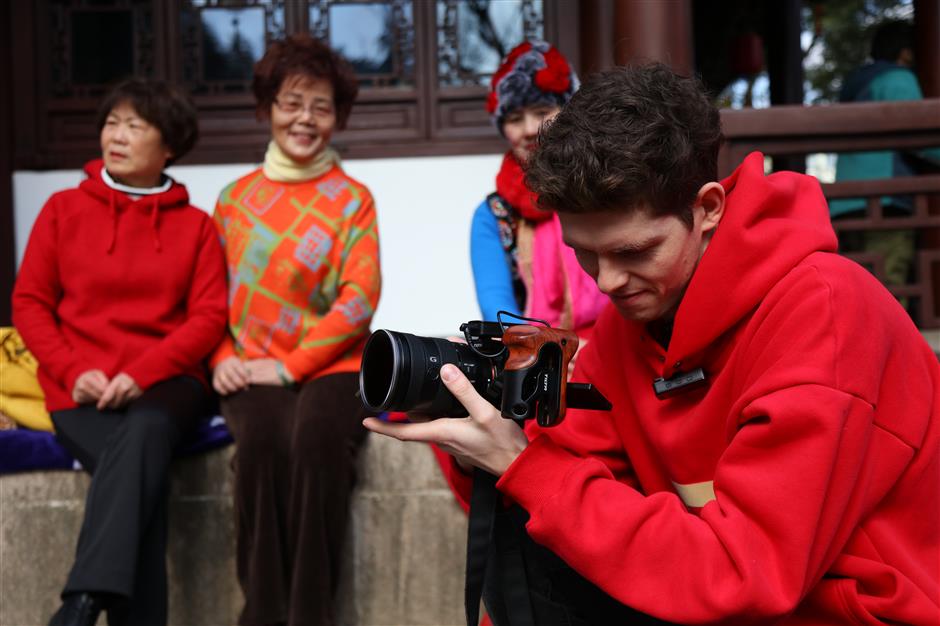 Adam takes a video at Guyi Garden with visitors sitting around him.

He planned to stay in China for a short period of time and continue to explore other countries. However, he was moved by profound Chinese culture, the smiles of locals, spectacular views and special delicacies.

He was also amazed by China's rapid development. What surprised him most was the convenience of making payments – no matter whether he was paying for transportation, food, shopping, hotels or buying things at street stalls, they could all be handled with a cellphone instead of cash.

As a result, he decided to stay in China and wished to quickly assimilate into the local community.

Before working at the bilingual school in Jiading, he was an English teacher at a foreign language school in Shenzhen.

His footprint has ranged from the cities of Nanjing, Suzhou, Changsha, Chongqing, Fuzhou and Beijing to ancient towns and scenic spots including West Lake in Zhejiang Province, the Lijiang River in Guangxi Zhuang Autonomous Region, the vast Hulun Buir Prairie in Inner Mongolia and thousand miao ethnic villages in Guizhou Province.

Once he's able to take time off from work, he will hit the road around China again. With no professional equipment or support group, he does all the videos himself.

During his travels, he has climbed mountains, ridden horses, waded through rivers, walked on rough roads and camped in the wild.

Once, he traveled to sparsely populated Yubeng Village in Yunnan's Deqen County and scaled a steep mountain. After walking for 19 kilometers he was exhausted. Luckily, he met an ardent Tibetan who not only took him to rest but also boiled hot buttered tea to restore his energy.

Thanks to his kindness, Adam pressed on and walked more than four hours to Yubeng Village. 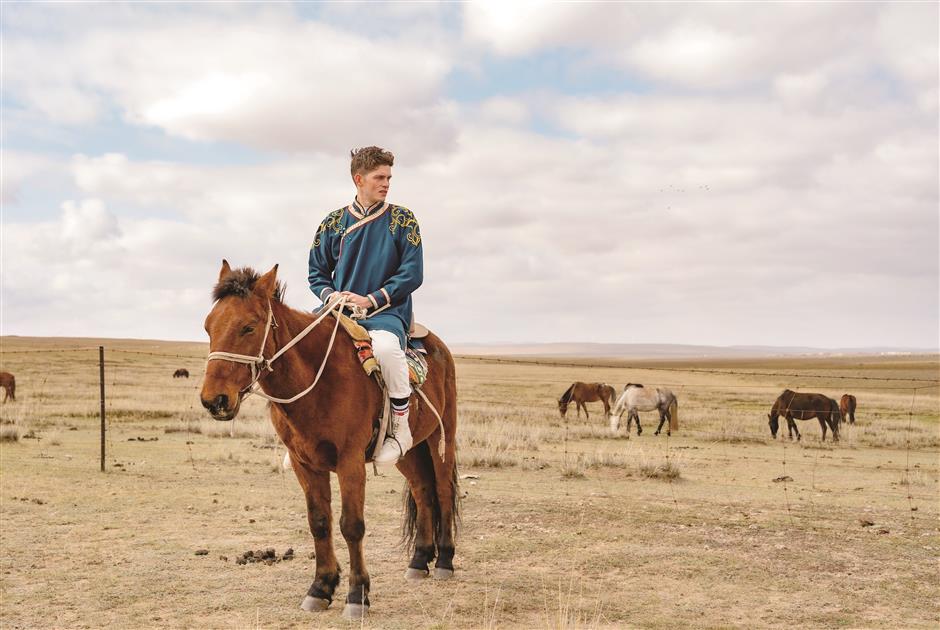 Adam rides horse during his travel in Inner Mongolia. 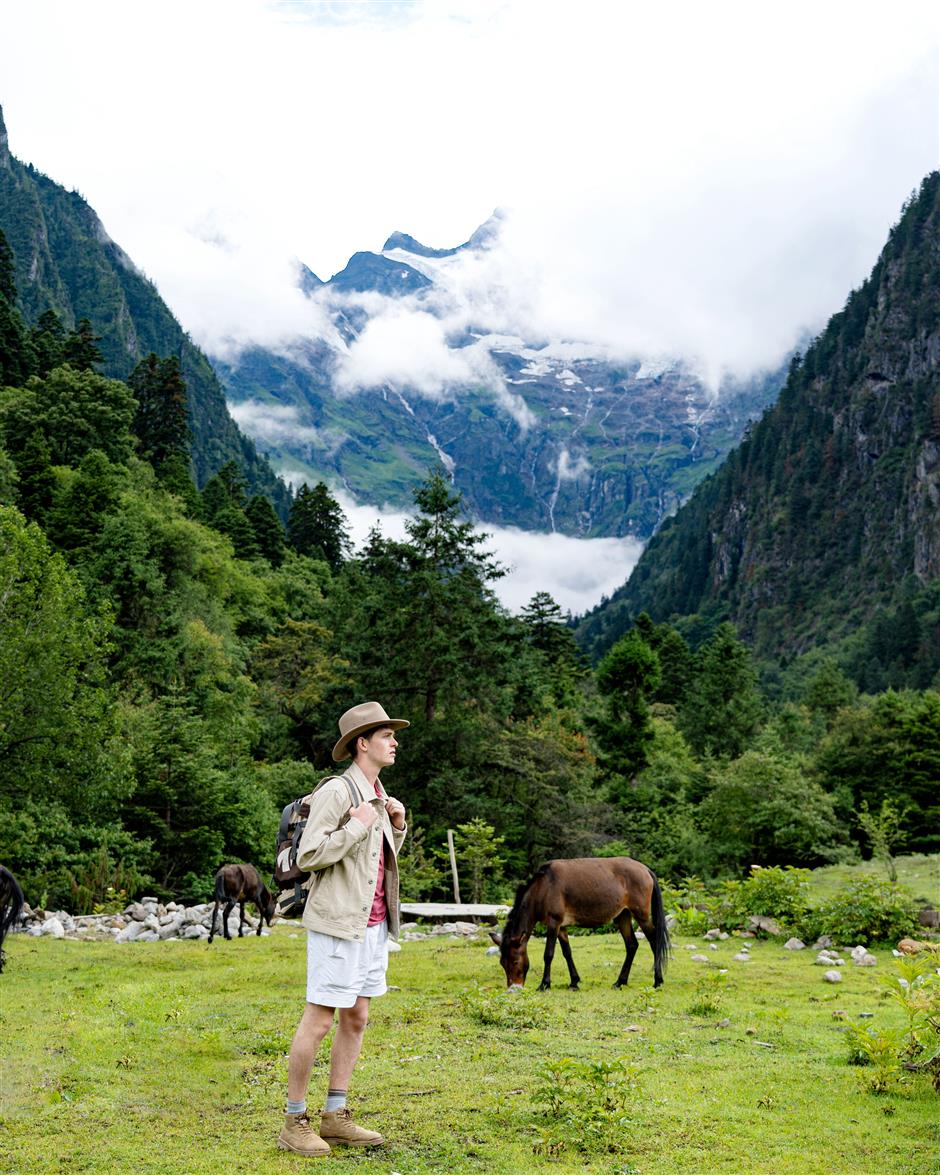 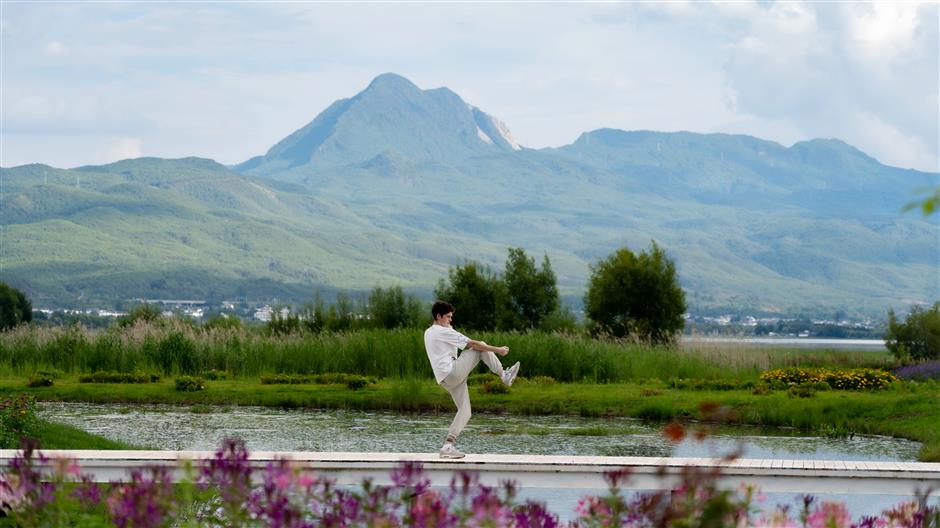 He has gained a lot of reputations for the short video about Anting. Some people greet him on roads while others even invite him to share meals.

Adam also sent videos to his family and friends back home. His mother is his biggest fan, always supporting and encouraging him.

To improve his spoken Chinese, Adam talks with his family in the language. His father, who previously knew nothing about Chinese, can now speak and write it.

During the Spring Festival, he visited the 500-year-old Guyi Garden, making and eating xiaolongbao, a non-intangible heritage in Jiading.

As for the future, Adam says he will continue to work at the school, improve his Chinese and continue exploring the country. 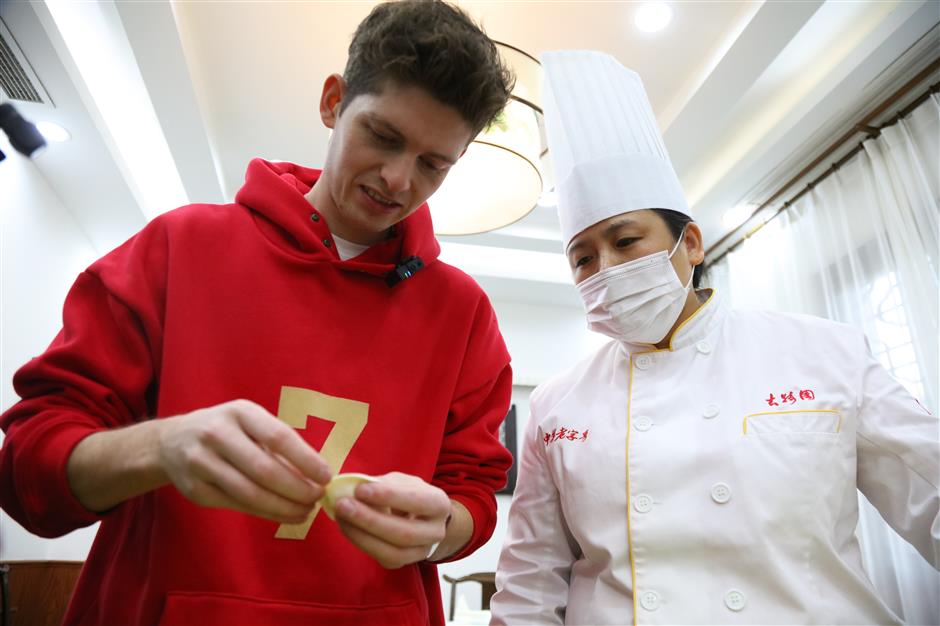