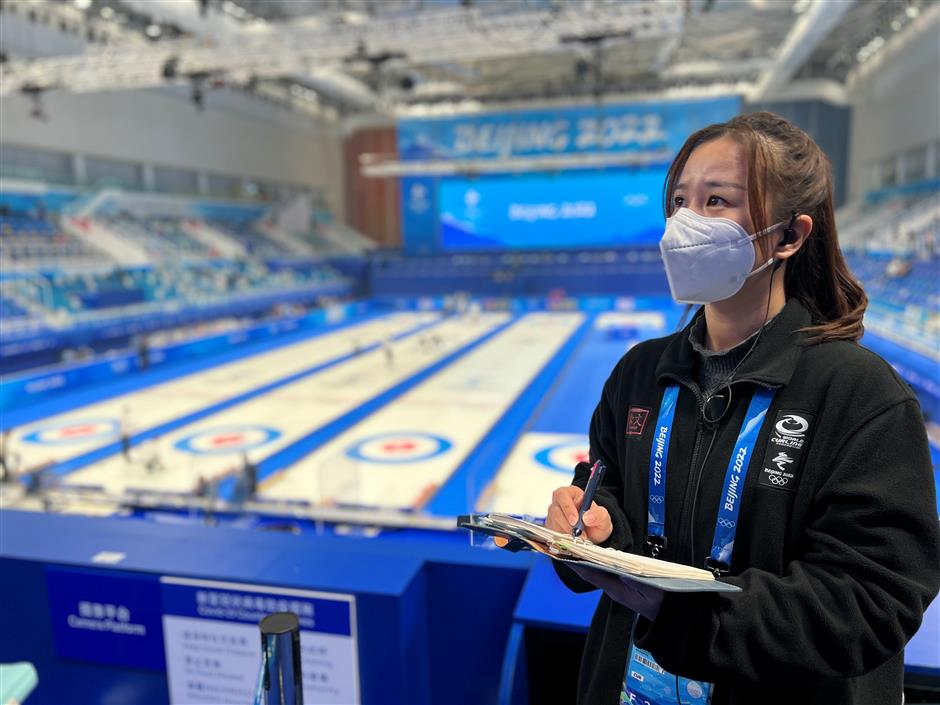 "I've built up my strength and confidence as a chief timer and am ready to umpire at any competition in the future," said Li, who is also an associate professor of physical education at the Shanghai International Studies University, which has a campus in Songjiang District.

"Curling is a gentleman's sports," Li said. "You build up team spirit and exercise your brain. It is nicknamed 'chess on ice'."

A curling game involves two teams of athletes taking turns hurling 44-pound rocks down a sheet of ice. Each team hurls eight rocks, and the team closest to the center after all the rocks are hurled will score the points. The process is repeated for six to 10 rounds and ends when one team is victorious. The rocks curl as they travel around the ice and this is why the sports is called curling.

"Curling has become part of my life thanks to the 'Winter Sports Southward Promotion' initiated in our country since the 1980s," said Li.

She was encouraged to learn the sports, teach it, set up the first school curling team, take exams for an umpire qualification and umpire at competitions after she enrolled in the university as a young sports teacher in 2011. At that time Songjiang University Town also built up its curling venue and started to promote the sports among its nine schools.

Li plays curling as she used to be a curling coach.

"I was determined to be an umpire of curling after a test event of the 2013 National Winter Games of China held in Xinjiang Uygur Autonomous Region," Li recalled.

"A senior chief umpire of the match encouraged my participation and taught us details of the rules unreservedly. I felt I was a member of the big curling family."

She has also felt encouraged by a global enthusiasm toward the game.

"In 2017 I was a visiting scholar in Utah of the US," she said. "Not far from where I lived, there was a curling venue where the local club practiced the game twice a week. The members welcomed me joining in them enthusiastically.

"Later the manager of the club made acquaintance with me. The man used to be a commercial flight pilot earning a high salary. He quit his job and became a curling club manager because of his love for the sport.

"Being informed that I was a curling teacher and umpire from China, he sent me a set of books on curling which he bought from Canada and some printed materials on rules as a gift, explaining that he was willing to see the sports practiced and played by more people."

At the 2022 Beijing Winter Olympics, Li was in charge of timekeeping at the four tracks of the curling competition with a chief timer from Germany.

"My job was supervising timekeeper of each sheet and dealing with any emergency," she said. "I communicated with both the chief umpire who further chatted with the coaches and the field game umpire who interacted with the athletes."

She added, "My German chief timer cooperated with me for four times. And he would say to me, 'I trust your judgement and feel free to make decisions. But when you need me, I am always on the radio.'

"The chief umpire also showed his trust. When some misunderstands occurred, he would say, 'We don't need to retrieve any video recordings, we trust Lingshu. We're a team.' It was such a pleasant feeling when you were trusted in an international team." 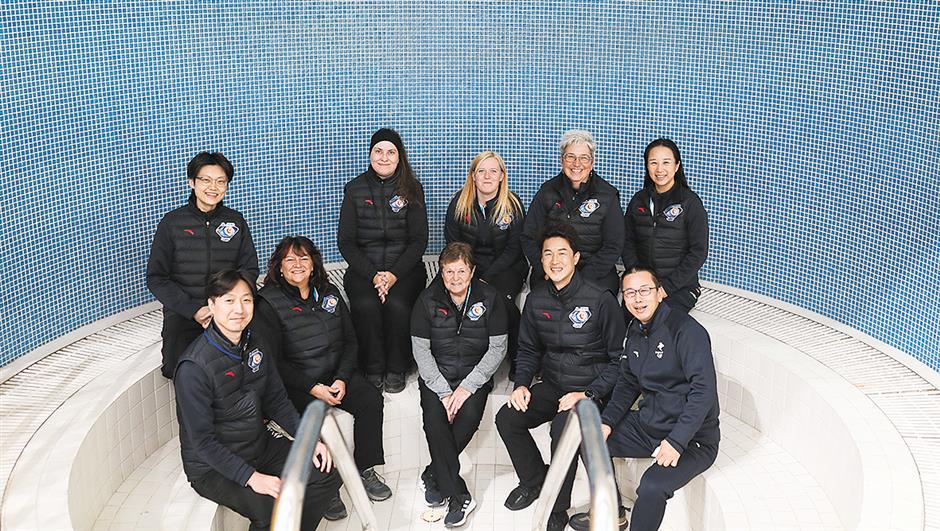 Li Lingshu (right on the second row) poses for a photo with colleagues for a curling competition.

"The curling lectures are popular among students," Li said. "Once a student from Yangpu District in northeast Shanghai traveled all the way to Songjiang University Town to attend my lecture throughout a semester. And another student, who has a shy personality, built up her communication skills through my lecture on curling.

"Prize-winning teams of the 2022 Winter Olympics curling competition came from a variety of countries including Sweden, Britain, Canada, Japan, Italy and Norway. The sports is well developed globally.

"In Shanghai venues might be an issue when we're developing the sports. Right now we have two professional curling venues with real ice in Xuhui and Huangpu sports schools, and a commercial curling venue in Qingpu District.

"The one at the Songjiang University Town was closed in 2017. But we're making up for this by launching more alternative curling practices such as floor curling. Athletes can easily adapt themselves on real ice after they have mastered skills on floor curling," said Li. 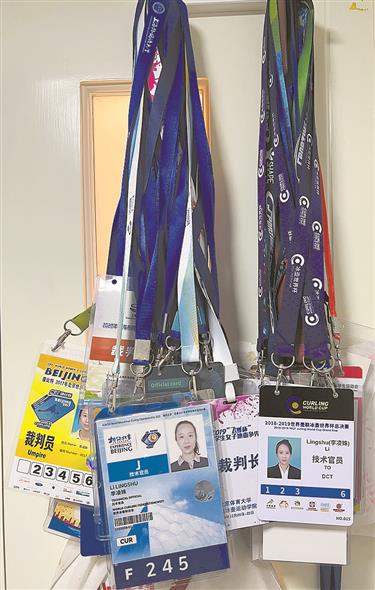