With the resurgence of COVID-19, community group purchasing has become a key channel for many Jiading residents to obtain food and other supplies. Countless group purchase coordinators are managing the process.

As "green hands," they apply what they learn from their daily experiences to group purchases, initiating large acquisitions of things like eggs, vegetables and fruit during this difficult period.

A resident of the Xietong Apartment in Anting Town, which accommodates more than 1,200 people, Yuan Yang is a "tuanzhang," group buying coordinator, who deals with neighbors' needs during the lockdown.

The team, consisting of group buying, material allocation and delivery groups, was established on April 1, the first day of home quarantine in many parts of Shanghai. They ordered large volumes of eggs and 160 bags of rice via the supply guarantee channel in Huating Town.

"Developing channels is the key. As a group leader, I have to worry about the safety of purchased materials. Many residents and businesses provided us with their channels, but we only trust the guaranteed supply channels published by Shanghai Fabu, the city's top government communications account, and official Jiading WeChat accounts," said Yuan.

As some tuanzhang have encountered obstacles, Yuan was one of them. Merchants concerned about group buyers raising prices to affect their brand image. For example, when Yuan first contacted RT Mart, the supermarket didn't trust her at all because she didn't have enough sorting staff.

"We patiently communicated with them and told them our conditions, making sure there was enough manpower for moving and sorting. RT Mart then sold us a small portion of goods, which was well-received by residents. Subsequent group purchases became easier," said Yuan. 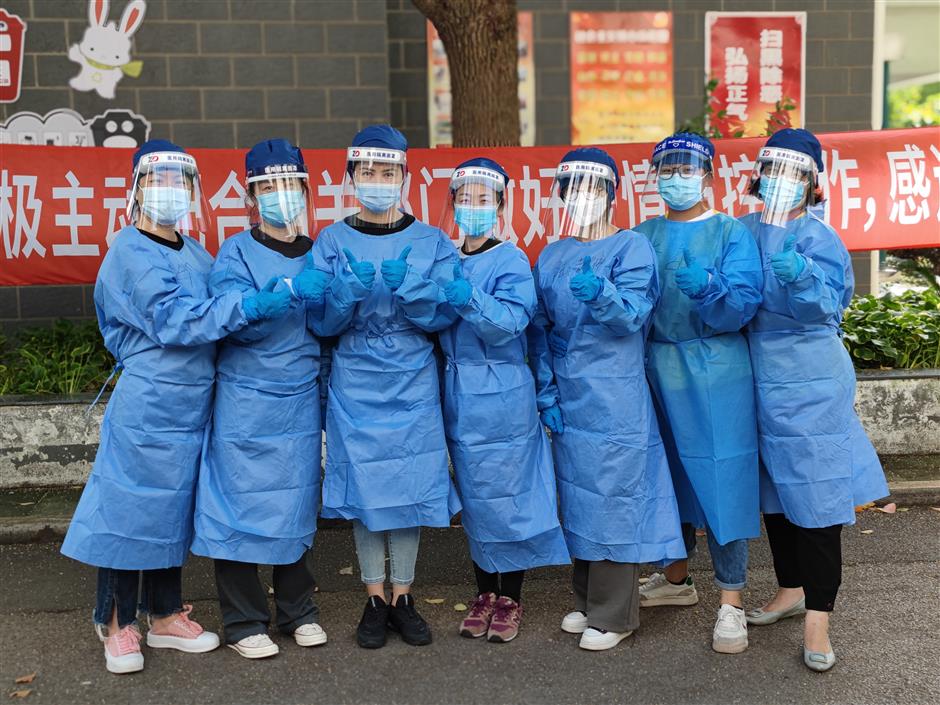 As residents' reputations are vital, Yuan puts more emphasis on price transparency so that residents can buy things at ease. She sends chat histories with providers to WeChat groups and promptly publishes all receipts.

"I have to be responsible to my neighbors, which is a requirement for every coordinator," she said.

Yuan also takes the welfare of elderly residents into account. She asks someone in every building to familiarize themselves with elderly residents' needs and help them with group purchases.

"We learned the needs of elderly people are completely different than younger people like us, so they initially didn't want to be involved in group purchases," said Yuan. "As a result, we decided to set up a group especially for them, providing them with special services."

Yuan said the coordinators' success is a team effort.

"We've worked for more than a month, and nobody complains even though we're all tired. We work to ensure residents are safe and live in a disease-free community," said Yuan. 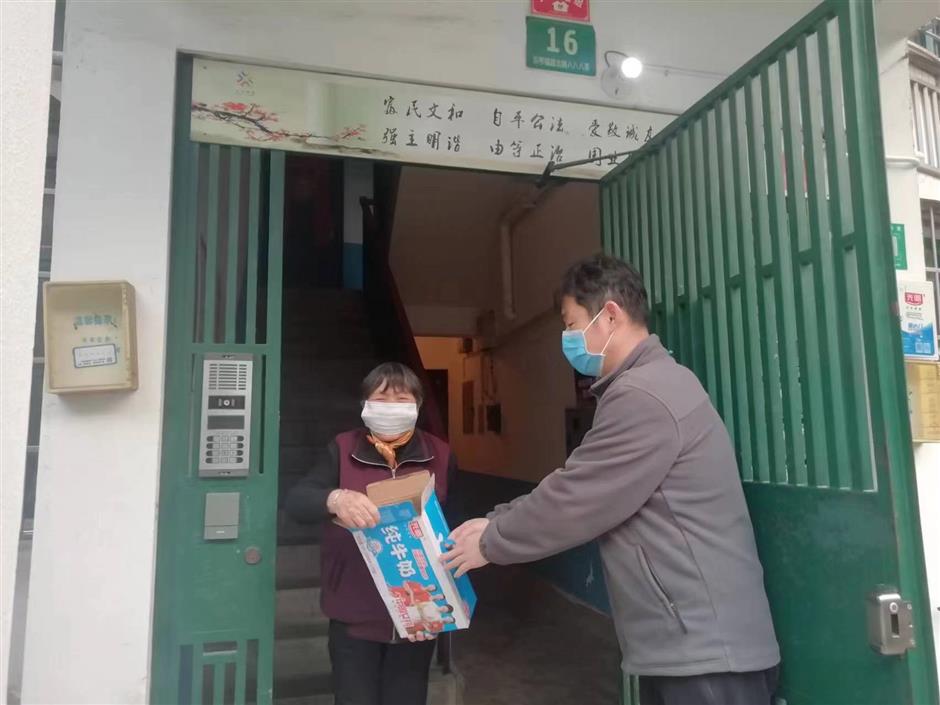 At the beginning of the virus surge, shops throughout Jiading closed, but Zhang Qiming, who runs a grocery store in Xuhang Town, joined the volunteer team and reopened his shop to order goods for villagers on April 19.

"Initially, villagers called me tuanzhang, which confused me. Later, I figured out it means group buying coordinator," Zhang said.

Zhang is well known in the village as his grocery store has opened more than 10 years, and when villagers learned his store had reopened phone calls poured in.

However, because this rural area is vast, making deliveries for hours on end can be exhausting. Sometimes Zhang left his home at 5am and didn't return until 8pm. To help the cause, villagers have organized volunteer teams to help him prepare and deliver goods.

When making deliveries, Zhang notices what people need most. Eggs, flour, noodles and rice are in high demand, as are vinegar, soy sauce and salt, so he restocks these items every few days.

Once, a resident surnamed Lu told him she couldn't eat regular eggs, so he delivered a batch of duck eggs instead.

After finishing his deliveries, Zhang ferries goods through precautionary zones so that people can buy necessities from him. 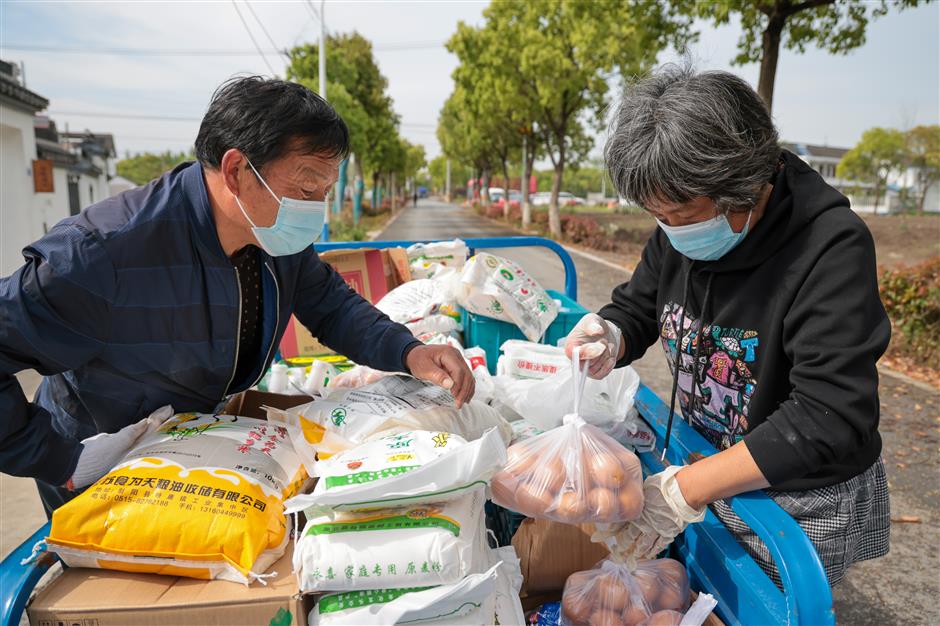