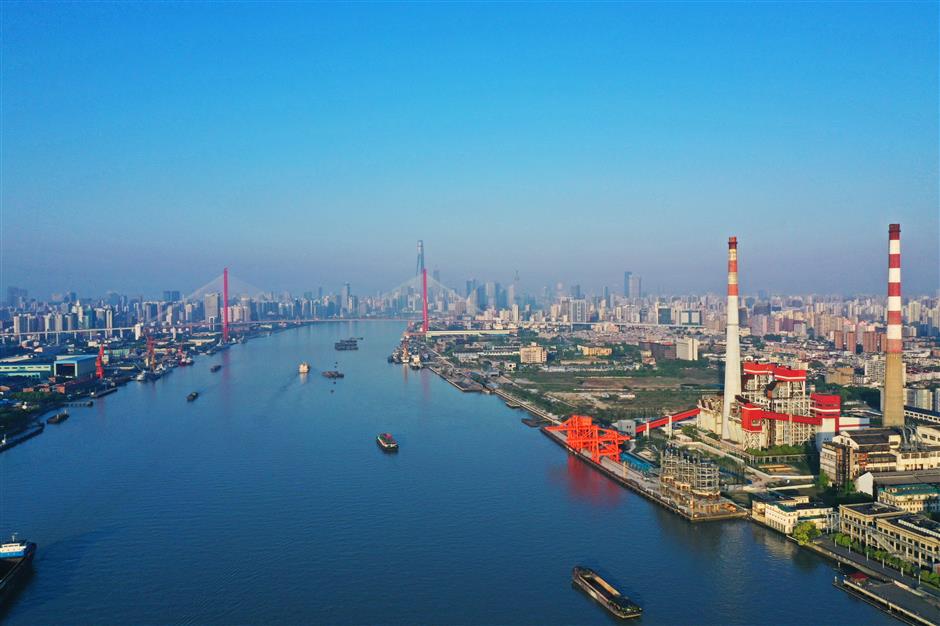 Yangpu adheres to realizing, maintaining and developing the fundamental interests of the overwhelming majority of its people, pays overall attention to the bottom line, basic needs and quality of people's livelihoods, and solidly promotes common prosperity.

It comprehensively coordinates the layout of production, living and ecology, optimizes the environment to be suitable for business, living, entertainment and tourism, makes visitors and residents happy, and fully demonstrates the livable charm of the people's city.

Over the past five years, Yangpu has focused on infrastructure. Major projects such as Zhoujiazui Road Tunnel, Jiangpu Road Tunnel and Sanmen Road Overpass have been completed and opened to traffic.

Completion of the 500kv Hongyang substation indicates the district's power supply capacity continues to improve. The vertical traffic system will run through the east, west, north and south of Yangpu's urban area, and residents' travel will be smoother.

The 5.5-kilometer Binjiang riverside public space features seven carefully preserved historical buildings and hundreds of industrial relics, playing a symphony of a century-old industrial civilization, and helping people to remember the past as historical nostalgia.

In accordance with the principle of "reproducing the style, reshaping the function and re-assigning value," many historical buildings under protection, such as Minghua Sugar Warehouse, Wing On Trestle and the wool and linen warehouse, have been repaired and protected for the first time.

In the future, Yangpu will complete the renovation of eight historic buildings, covering an area of nearly 60,000 square meters.

It will be a world-class waterfront public open space full of vitality, green ecology, comfort and convenience.

By the end of 2021, Yangpu fully completed the task of regenerating rundown neighborhoods, let the sun shine into the dark inside all year round, let the residents of rundown neighborhoods who are looking forward to saying goodbye to the days of "living without bathroom" to live in bright new homes, let the "silent minority" in oblivion get a better and more decent life, and let the urban transformation of Yangpu become the most vivid practice of the important concept of people's city.

The district spares no effort to optimize the layout of regional public medical resources, improve the quality of education and accelerate the construction of fitness facilities.