Innovation the main driver of development in Yangpu 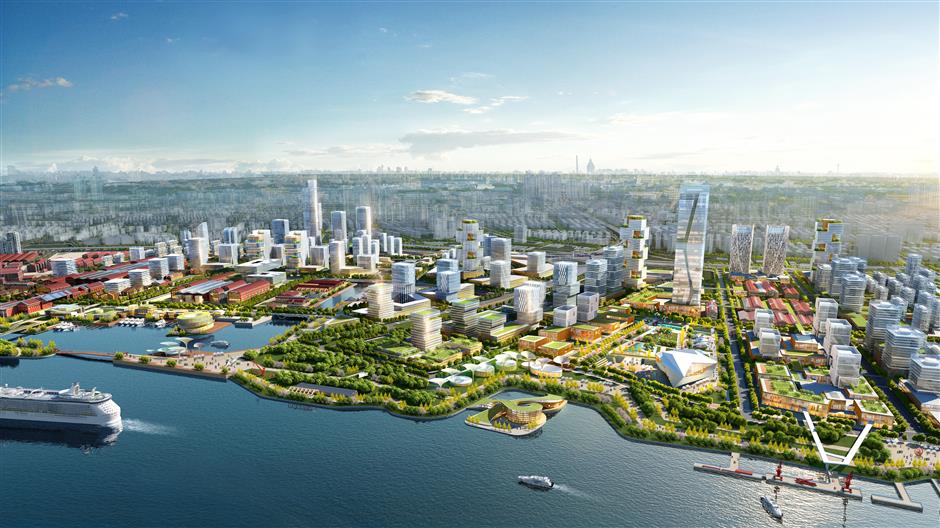 The district has concurrently accelerated the formation of three 100-billion-yuan (US$14.92 billion) industrial clusters – the online new economy, modern design and smart manufacturing – and strives to build a national pioneer area for communication, innovation and development.

From "industrial Yangpu" to "knowledge Yangpu" and then to "innovation Yangpu," innovation has sped up the growth in Yangpu.

Yangpu has continued to strengthen its core functions, accelerating the construction of four major functional areas – Grand InnoSpace+, Grand Innovation Valley, the Changyang hub and Central Tongji. It has formulated and issued policies to develop an online new economy, digital new infrastructure, promote the upgrading and development of blockchain industry, and promote the innovation and development of science, technology and finance to support development of the digital economy and industrial digital transformation.

Yangpu will firmly seize the strategic opportunity and shoulder its major mission to develop the digital economy, vigorously promote its deep integration and overall transformation to the real economy, and focus on building the digital economy landmarks of "one belt, one zone and one circle."

In the future, the zone will continue to update itself and provide a more suitable pattern for the new paradigm of digital life. Plans include building a Grand InnoSpace+ intelligence digital park on public green space, creating a model room for digital application scenarios, and focusing on the application of digital health, digital culture and tourism, digital commerce, digital design and construction and other technologies.

For example, version 2.0 of Central Tongji will involve building a world-class creative industrial core area with distinctive characteristics, accelerating the development of the traditional design industry into a diversified creative industry, enabling industrial upgrading for mass entrepreneurship and innovation, and promoting the improvement of production capacity.