Pioneering Pudong leads the nation as a model of socialist innovation

A year after the Pudong New Area was designated by the central leadership as a pioneer for modernization, Pudong has shown it is strong in exploration and practice, and worthy of great trust.

This reflects the outstanding role of an area that is a pioneer in leading modernization.

July 15 was the anniversary of the issuance of the guideline by the State Council on supporting the high-level reform and opening-up of the Pudong New Area and building it into a pioneer area for socialist modernization.

Over the past year, Pudong's economic development has continued to grow. The new area's GDP in 2021 jumped 10 percent to 1.5 trillion yuan (US$222.3 billion). 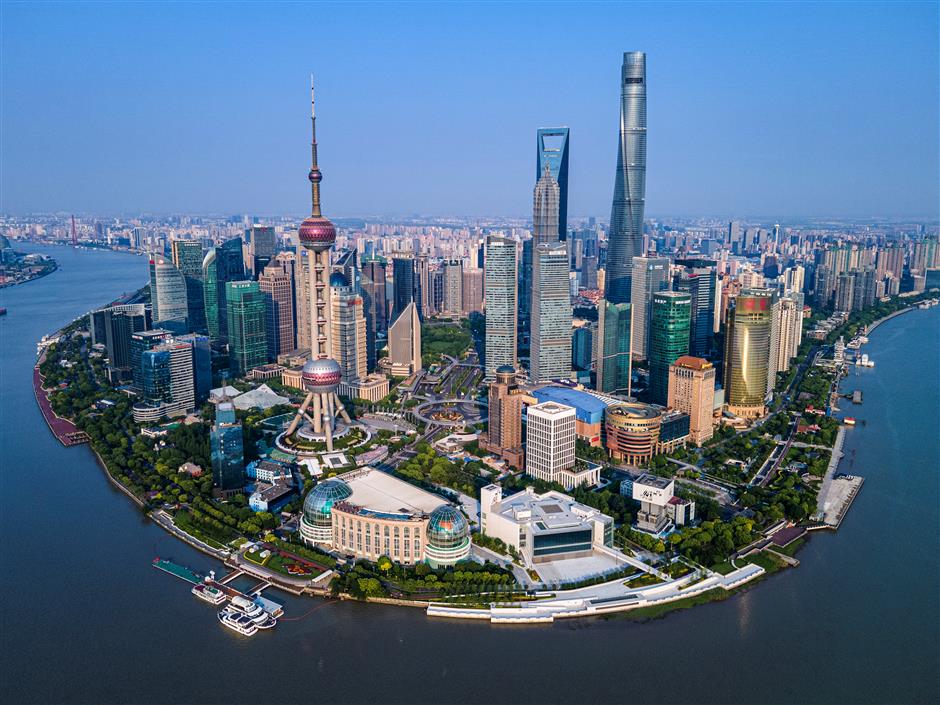 A bird's-eye view of Lujiazui area

The total output of industries with an annual income exceeding 20 million yuan was 1.2 trillion yuan, an increase of 14.8 percent from a year earlier. Foreign trade approached 2.4 trillion yuan last year, up 13.9 percent year on year. In the first quarter of this year, growth across almost all areas has been in double digits.

A recent report by the Shanghai Academy of Social Sciences viewed the first-year performance of the Pudong New Area in building a pioneer area for socialist modernization.

The report suggested the pioneer area model be accelerated to become a national symbol of "scientific and technological innovation plus a new industrial innovation track."

Zhu Zhisong, Party secretary of Pudong, said the experience of the past year could be summarized as the new area taking advantage of its momentum to accelerate the construction of the pioneer area of socialist modernization.

"We should make good use of these platforms and be more proactive in promoting the reform."