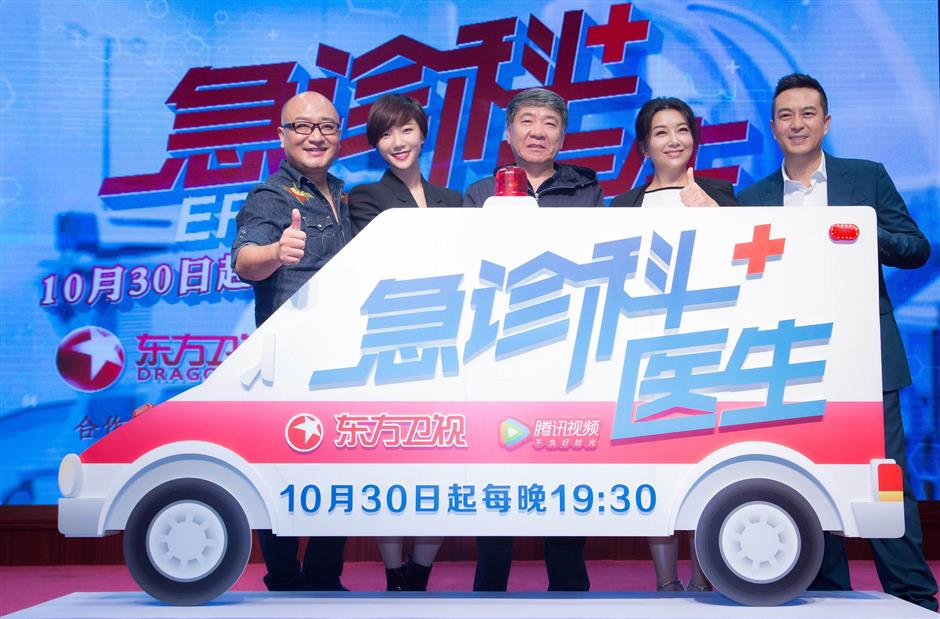 Celebrated director Zheng Xiaolong, known for his highly acclaimed epic dramas “The Legend of Mi Yue” and “Empress in the Palace,” will present his latest production, a realistic drama about ER doctors in China.

Starring Zhang Jiayi, Jiang Shan and Wang Luodan, the TV drama centers around a group of emergency doctors who manage to save lives in spite of all kinds of difficulties.

Director Zheng said that the realistic drama, set in a hospital emergency room, is one of his favorite productions so far. For him, it explores the basis of human concerns.

Yesterday the cast of the series visited Shanghai Huashan Hospital and interacted with the ER doctors there, where they also learned basic fracture-wrapping skills.

Zheng attached much importance to every detail of each scene, so most actors received special training from ER professionals to ensure each of their medical postures were accurate.

The TV series will debut on Dragon TV on October 30. 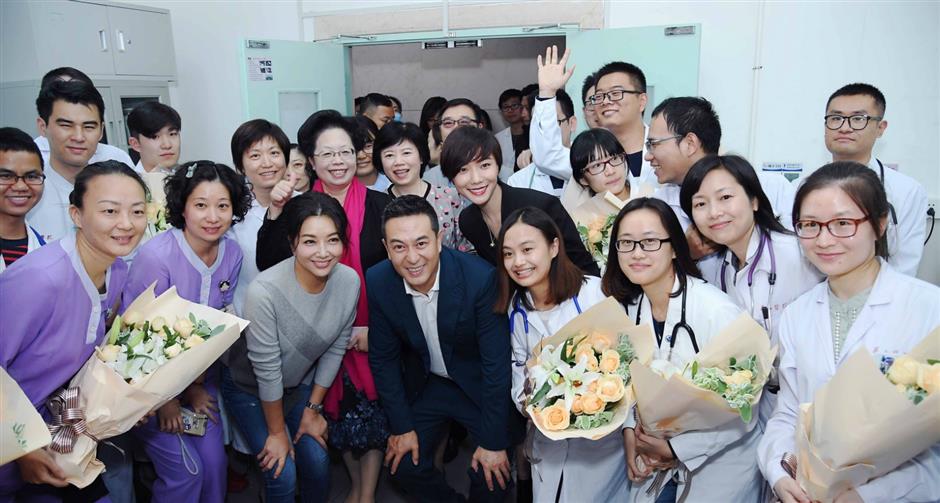