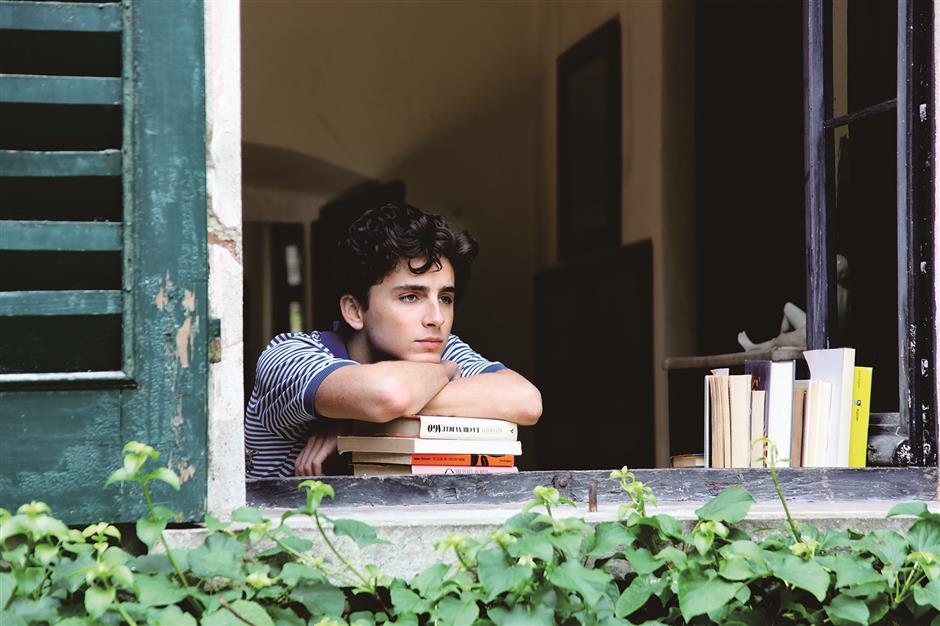 Timothée Chalamet starring Elio Perlman, a 17-year-old boy in the Italian countryside, is in a scene from “Call Me By Your Name.”

The hours move slowly in “Call Me By Your Name.”

It’s summertime in Northern Italy in 1983 on a secluded 17th century villa, where life among the antiquities is beautifully tranquil and nothing is pressing. There is time to read the paper in the morning. There is time to dally around with the locals at the lake for endless stretches. No one is ever making grocery runs or stressing about what to have for dinner (that’s the cook’s job).

This is life for a precocious 17-year-old, Elio Perlman (Timothee Chalamet), his Greco-Roman professor father (Michael Stuhlbarg) and translator mother (Amira Casar) in Luca Guadagnino’s unabashedly beautiful and subtly powerful adaptation of Andre Aciman’s novel of first love. His father has enlisted a research assistant, as he always does, for the summer.

This year’s model is Oliver (Armie Hammer), a 24-year-old American graduate student who is comically sculpted and handsome, preternaturally confident and disarmingly intelligent.

Oliver doesn’t look 24, however. He looks like a grown man, which makes Elio, whose skinny frame can barely fill out his denim shorts and polo shirts, look even younger.

The exaggerated physical incongruities only highlight the rift in emotional maturity between Elio and Oliver, whose flirtation intensifies from imperceptible to full flung over the course of Oliver’s time with the Perlman family. Oliver teases, Elio resists, and the desire eventually manifests itself into a beautiful and tastefully sensual physical relationship.

Chalamet, with his sleepy eyes and gawky-confident gait, gets the role of a lifetime in Elio. His performance is one that is so lived-in and natural that its impact almost catches you off guard. Hammer is very good too as an effortlessly charming specimen who knows how to use his inherently charismatic presence to make everyone fall in love with him.

“We wasted so many days,” Elio says to Oliver, finally recognizing that life will not always be languid afternoons by the lake, and regretful of how long it took for him to realize what he wanted. And, just like that, you start to feel wistful along with the characters‚ mourning the moment as it’s happening.

It’s all building up to the two scenes of the movie. First, an all-timer monologue from father to son that serves as a kind of thesis for the film, and, really, life.

Then, the final shot, which will stop you cold and gnaw at your heart for days, until you pick yourself up and take yourself back to the movies to spend the summer again with Elio and Oliver. The characters might not be able to go back and relive those idle days, but we can.