Out of America: a Chinese comic's return 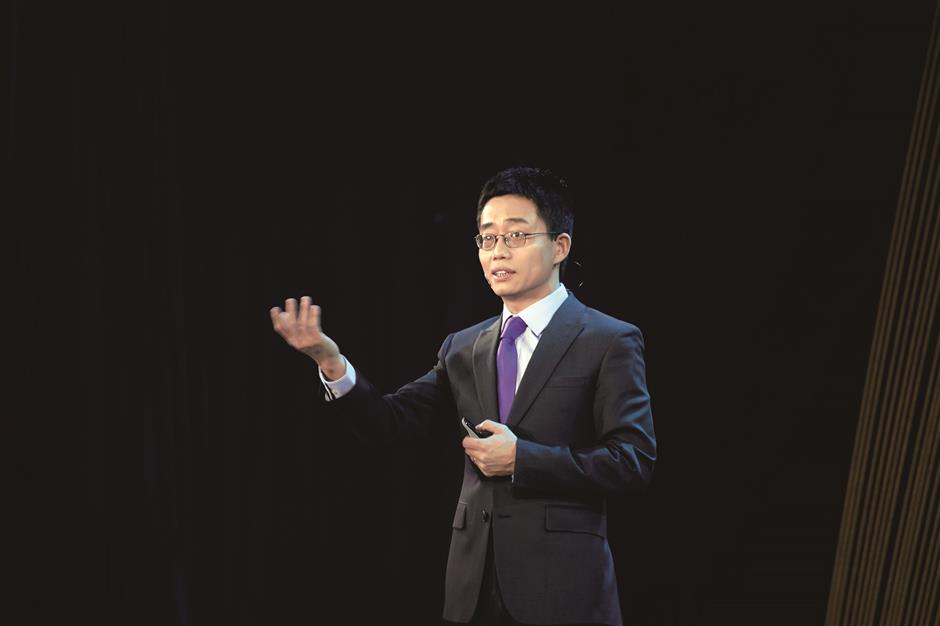 Joe Wong, a Chinese-American who earned fame in the US as the first Asian comedian on the “Late Show with David Letterman,” decided to return home to try to make audiences in China laugh. The transition was not without its pitfalls.

“An American who has lived in China for eight years came to one of my shows in Shanghai and said he couldn’t understand my punchlines because of culture differences that shape humor,” Wong told Shanghai Daily.

Born in a small village in the northeastern province of Jilin, the 47-year-old stand-up comedian worked as a biochemist after earning his doctoral degree at Rice University in Texas.

In China, he is now the host of “Is It True?” on China Central Television. It’s a version of the Discovery Channel’s “MythBusters” science entertainment program. Wong is also doing a nationwide tour.

He gained US fame with his immigrant jokes. But many Chinese didn’t see the humor of his comedy routines.

Stand-up comedy is a pretty crowded field in China, and Wong found the going tough. “I recreated jokes for my show after returning to China,” he said. “Chinese and American audiences react differently to the same topic. Americans like subtle jokes, while Chinese audiences prefer more direct jokes. But jokes that related to daily life make sense in both cultures.”

Before his first comedy tour show, which started in Shanghai in November and will travel to cities like Beijing, Guangzhou, Qingdao, Nanjing and Chengdu, Wong sat down with Shanghai Daily to talk about comedy in today’s China.

Q: Your former job was as a scientist. Why did you choose to step into the field of stand-up comedy?

A: Two reasons. I found an interest in humor. On my eighth year in America, I went to a talk show for the first time, and I understood just half of it. It was confusing, but I still found it attractive.

The second reason is that I think ethnic Chinese in America don’t have enough say for themselves. Most Americans of Chinese ancestry work really hard and have made great contributions, but rarely do they make their voices heard. I wanted to express myself and share my experience as a first-generation immigrant.

Q: You have already gained considerable fame in the US. Why did you decide to return to China?

A: China Central Television offered me a chance to host a TV program called “Is it True?” I wanted to give such a great opportunity a shot. The most interesting thing about the program is that it’s a rumor-buster, which is very meaningful. I guess hosting this program may help audiences think more critically.

Q: How do you deal with cultural differences between China and the US and get Chinese audiences to appreciate your American humor?

A: That is the trickiest part. I’m still getting used to it.

I need to make adjustments in my jokes. For example, jokes about taking the Metro during peak hour don’t easily relate to the US but they are funny to Chinese audiences who have experienced being packed in like sardines during rush hours. Many Chinese people are fond of jokes about real estate, while most Americans are not. So it’s necessary to localize my jokes.

Q: You once said that humor is the “best solution to imperfect life.” But being humorous isn’t that easy and being a stand-up comedian is demanding. How do you deal with the pressure?

A: It is indeed very demanding and pressing. People often post my jokes online right after a performance. It drives me to have to compose new, original jokes. People say that “comedy equals tragedy plus time.” That’s exactly how I feel.

Q: Ali Wong is also a successful Asian stand-up comedian. What do you think of her?

A: I’m really happy for her. She is like a little sister to me. We connected in around 2005, and she was the opening guest of my show. She’s an amazing actor and writer, a real versatile talent.

Q: What kind of identity would you like to create?

A: I first want to be a good father. I want to be my son’s best friend and have him respect me. Then I want to make more progress in stand-up comedy and talk show performances. I also wish I could produce more films and TV programs.

Q: What is your ultimate dream?

A: Well, I seldom dream when sleeping now. Just kidding. I hope that I contribute meaningful and valuable works and promote the essence of Chinese culture to the world. The talk show is a perfect format for that. Actually my dream is to be like George Carlin, the artist I admire the most. I also hope I can still be performing on stage when I’m 72.