No one told them it was gonna be this way.

Millions of Chinese “Friends” fans are heartbroken after a video site pulled the US sitcom, beloved by millennials in China for its endearing young characters and as an English conversation resource.

Top portal Sohu had broadcast reruns of Monica, Rachel, Chandler and the gang since 2014, but abruptly stopped in April, citing only unspecified “copyright issues.” The move saw Chinese social media users take to Weibo with a “Friends offline” hashtag, which has generated millions of posts.

Fans have called for Sohu to re-up on its “Friends” rights. The Emmy-winning show was aired in the US from 1994-2004.

The sitcom, centerd on a group of young New Yorkers, became a global hit through syndication, but perhaps nowhere more than in China.

Millions of Chinese youngsters identify with the theme song’s lament — “your job’s a joke, you’re broke, your love life’s DOA” — and relish the chance to burnish their American-style English.

Some English training courses in China use the show as teaching material. Guo Yujin, a customer-service executive and longtime “Friends” fan, called the program “a window through which Chinese can learn American culture.”

“I learned so much conversational English, things you can’t learn from books. Books only have the most boring grammar, but this is very life-like,” she said. 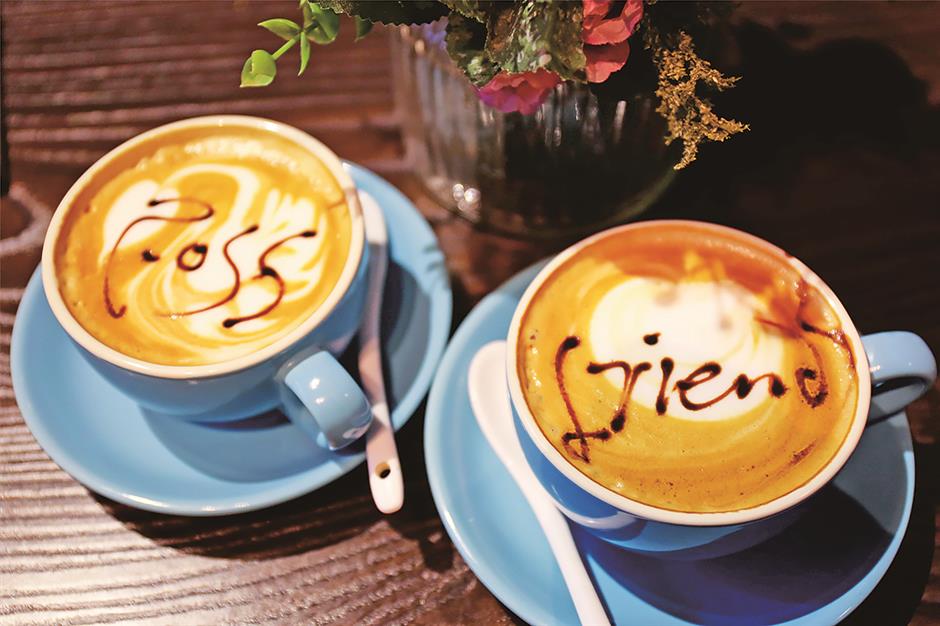 Guo spoke while having lunch in Shanghai’s “Friends” cafe, a spot-on facsimile of the “Central Perk” hangout frequented by the cast. The proprietor is 39-year-old Du Xin, a “Friends” fanatic who calls the show his “faith.” He opened his first cafe in Beijing in 2009 and also has one in Guangzhou.

Coffees come with messages like “I (heart) Rachel” and “I’ll be there for you” traced into the foam, and customers frequently queue up outside on weekends.

Tammy Cai, a friend of Guo visiting from Hong Kong, said the cafe was the most important stop on her itinerary.

“I only need to come here. The rest I can just glance through,” Cai said.

Du got hooked after “Friends” was there for him during a romantic break-up in college.

“The show gave so many things that we long for, such as the love between Chandler and Monica, Rachel and Ross. That is from an ideal world and that is what ideal love and ideal marriage look like,” he said.

Du, who took “Gunther” as his Western name after the fictional cafe’s barista, said the stores are losing money, however, due to rising competition from proliferating coffee houses in China as the beverage gains popularity.

Another potential threat: Warner Bros, the show’s producer, recently acquired the “Central Perk” copyright, causing speculation it may build its own cafes.

But Du is ploughing ahead.

His latest project is a single-room hotel called “Monica’s bedroom” designed on the character’s room in the show, right down to her floral-pattern linens, and he is also selling other “Friends” memorabilia, from mobile phone cases to T-shirts.