Nunn so thrilled as 'Cats' director

“I was told that ‘Cats’ made a record of 53 continuous performances during its visit here in 2003. I would love to have been here at the time, but I was busy with my work at the National Theater then,” says Nunn, who directed its first production. “But, I am more than thrilled to be here with ‘Cats’ this time.”

As the longest serving artistic director of Royal Shakespeare Company from 1968 to 1986 and then the National Theater from 1997 to 2003, Nunn has been responsible for a series of serious productions including Shakespeare’s “The Merchant of Venice” and “Timon of Athens.” Yet, he has also been successful with “not so serious” productions such as the musicals “Cats,” “Les Miserables,” “Starlight Express” and “Sunset Boulevard.”

With Nunn as director, Andrew Lloyd Webber the composer and choreography by Gillian Lynne, “Cats” has been one of the world’s most successful productions since its premiere in London’s West End in 1981. Named best musical at both the Olivier and Tony awards, “Cats” has been staged in more than 300 cities in 15 languages and has been seen by more than 81 million people, including Shanghai audiences.

“Breaking the rules” is the secret to letting wonderful things happen, Nunn says. The magic of “Cats” started from 10 poems from T. S. Eliot’s “Old Possum’s Book of Practical Cats.” The choreography was created largely based on the performers exploration of cats’ movements and habits. “Cats” was the first musical to blur the barriers between performers and audience, encouraging interaction.

During his visit, Nunn talked about how “Cats” came to be. 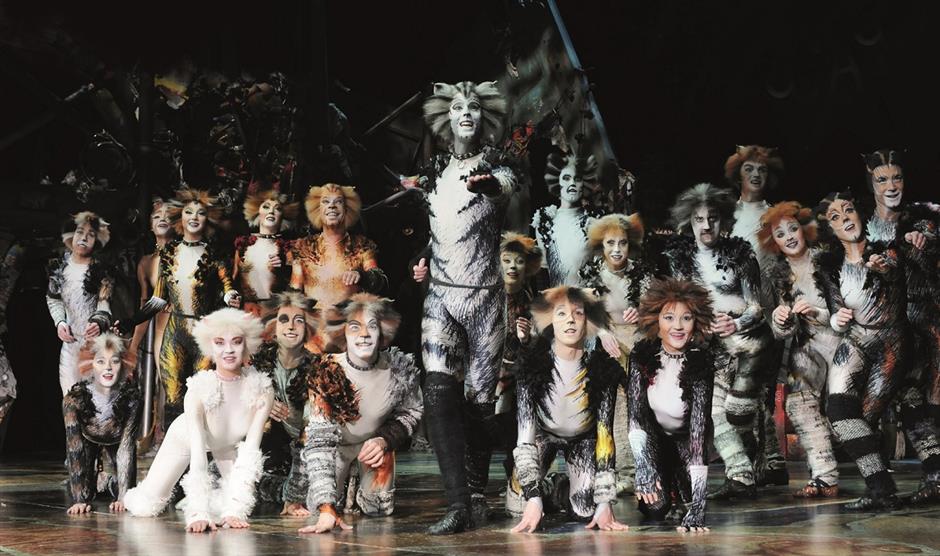 With Trevor Nunn as director, “Cats” has been one of the world’s most successful productions since its premiere in West End in 1981.

A: Andrew Lloyd Webber told me about his plan to create a musical based on children’s poems. I was lucky to have studied Eliot’s poetry at university. In my view, Eliot was one of the best poets of the 20th century. And the brilliant children’s poems which he wrote for fun were intended for both children and adults. But I told Andrew that if we were going to make a show, there had to be a story.

The first poem that caught my attention was a poem about Jellicle cats who meet once a year for a celebration. The saying goes that cats have nine lives. Then, a series of ideas hit me one by one. The cats belong to a tribe called “Jellicle.” They meet once a year to decide who will have a new life. In a tribe there must be a leader as well as a threat. So, I searched Eliot’s poems and found Old Deuteronomy as the leader and Macavity as the threat. At their annual meeting, all the other cats would be like the dancers in “A Chorus Line,” displaying their talents and saying “Pick me! Pick me!” The initial idea for the musical was much like “A Chorus Line” for cats.

Then, something amazing happened. Just before we started rehearsing, Eliot’s widow found an extra poem about a cat which was not included in the book. It is an eight-line poem titled “Grizabella, the Glamor Cat.” We found a remark by Eliot on it, saying that it was too sad for children. The poem tells of an old and sad cat in desperation. She used to be beautiful, yet had lost all her sparkle. I was thrilled after reading it, as I had found the leading characters and story for the musical. 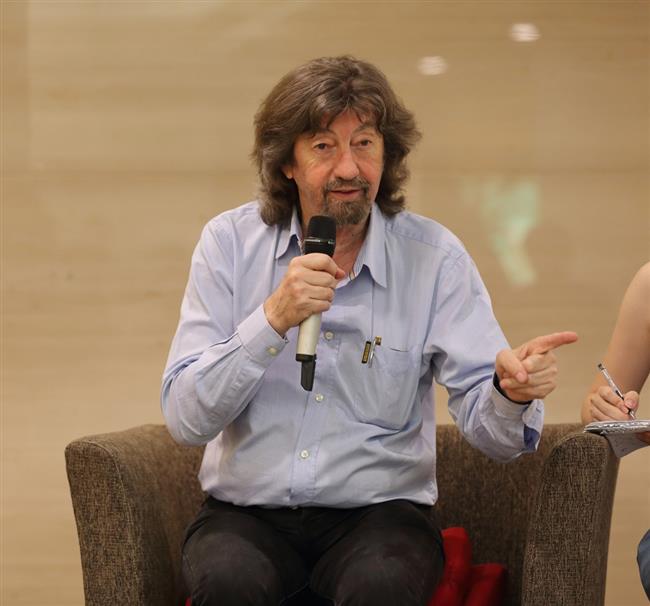 Q: It is said that Eliot’s estate insisted that all the words in the musical had to be Eliot’s. How did you manage with that strict request?

A: Yes, we were not allowed to write anything new. But Grizabella needed a big song of her own. Webber wrote a wonderful piece of music, and I searched all Eliot’s poems, picking out phrases and writing the song called “Memory.” After listening to it, the estate finally agreed to it since it does sound like Eliot.

With ready characters, relationships also gradually formed in my mind, such as friends, enemies and couples. For example, Macavity broke into the Jellicle ball because he was crazy about Demeter and wanted to catch her. Munkustrap had a fight with Macavity, and drove him away. Probably, he and Demeter are lovers.

Q: Was Judie Dench the initial candidate for Grizabella?

A: Yes. I had worked with Judie Dench many times before we started on “Cats.” When I told her about “Cats,” she was excited about being part of it. She first became Jennyanydots who sits all day but tap dances at midnight. Then, after we discovered the wonderful character of Grizabella, we had Dench rehearse for both parts, since she was such a great actress.

However, at a coffee break after rehearsal, we heard a strange sound and saw her screaming on the floor. She had torn her Achilles tendon. Our most famous cast member suddenly could not do it. Fortunately, Elaine Paige came to the rescue. She recorded “Memory,” which went to No.1 in the charts. Soon after that, Barbra Streisand recorded it again, and it became popular across the world. Hence, the show secured a long life. So, what can I say?

Q: What would be your advice to young musical talent?

A: Back in the 1970s, people tended to identify themselves as singers, dancers or actors and actresses for film and TV. But more and more projects are asking more from candidates. They more often need people who are good at singing, dancing and acting rather than any single skill. If possible, keep training yourself in all those three aspects.

When I was auditioning for “Sunset Boulevard” many years ago, I met a young actor who was a great singer and dancer. I asked whether he had any acting pieces to present. He said he would like to do a piece from Shakespeare’s “Henry V.” I was very worried about his strong Australian accent, but when he started reciting his accent was gone. I was amazed by his wonderful presentation. I asked his name. He said it was Hugh Jackman.