Rollins gets ready to roll

On World Wrestling Entertainment’s official website, superstar Seth Rollins is described as thus: “This is Seth freaking Rollins. He’s freaking good. Did you know that he took the WWE title from Brock Lesnar? Or that he’s the only human being to ever hold the WWE championship and United States championship simultaneously?”

But in Shanghai last week, he’s just a regular dude passing by, though much taller than everyone else.

The 32-year-old will return to Shanghai’s Mercedes-Benz Arena after his debut there in 2016 for this year’s WWE Live China on September 1. He’ll be joined by RondaRousey, Nia Jax, Braun Strowman and Sasha Banks.

“I can’t wait to come back and to get out there in front of a crowd,” says Rollin, hailing from Iowa, the United States. “Usually the crowds here don’t see us very often, so everything we are here it’s like a brand-new set of eyes on the show, and people who have never seen it see it for the first time. It kinda blows their mind a little bit.” 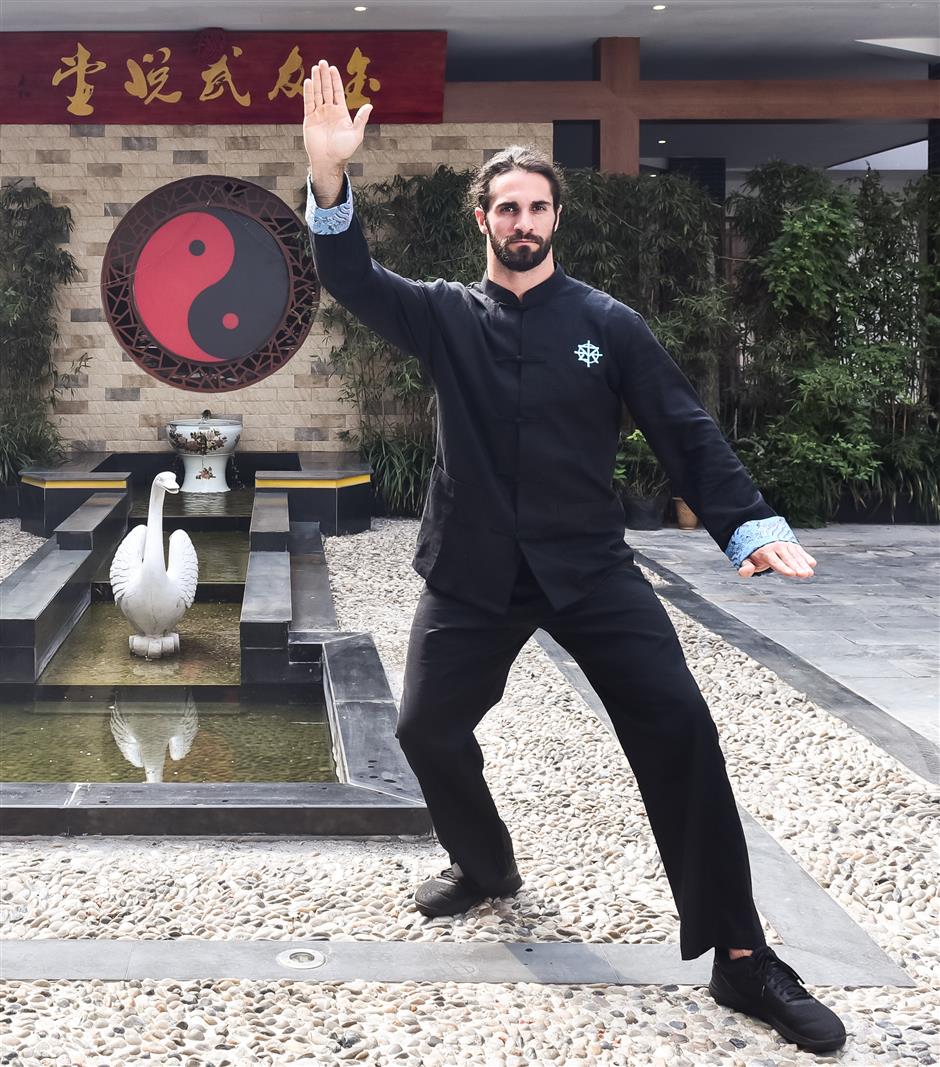 Different from ordinary performance art that is organized from A to Z, there are a lot of customizable options that performers can insert or take out during WWE matches. For Chinese audiences who are less familiar with WWE, storylines won’t be as complex as that in the US.

Having worked with WWE for eight years, Rollins says performing in Shanghai makes him excited and nervous.

“It makes me feel like I am wrestling for the first time. It gives me a reason to get nervous and excited as opposed to say New York City where we run shows a thousand times a year so it’s like they are bored with us,” he says.

“We can start with the base layers, and usually the response is so fantastic that we don’t have to take it to the next level because they just aren’t ready for it yet,” says Rollins. “And that’s awesome because it means we have a long way to go.”

Rollins claims the intercontinental championship at WrestleMania 34 in an acclaimed triple threat match against Finn Balor and The Miz. Now when he enters the ring, the audience shouts “Burn it down.” But everybody had to start somewhere. For Rollins, it was at the age of 14 in a bingo hall.

“We (him and his trainer) would be at the local bingo hall or a UAW — whatever. Just a small venue with 100 people. The promoter would allow us to be the first match on the show,” he says.

When others were thinking about becoming lawyers or doctors after graduating from high school, Rollins set his mind to being part of the WWE world. But in Iowa, there weren’t many facilities where he could train.

Rollins found a local veteran to teach him one or two lessons every week, and also trained on his own. The experience taught him that “though it may be true that you are the product of your environment, you’re the one that has to do the work.”

Inspired by his early experience, Rollins started the Black and Brave Wrestling Academy with friends to give wrestling lovers a chance to learn the craft or even get into the business. 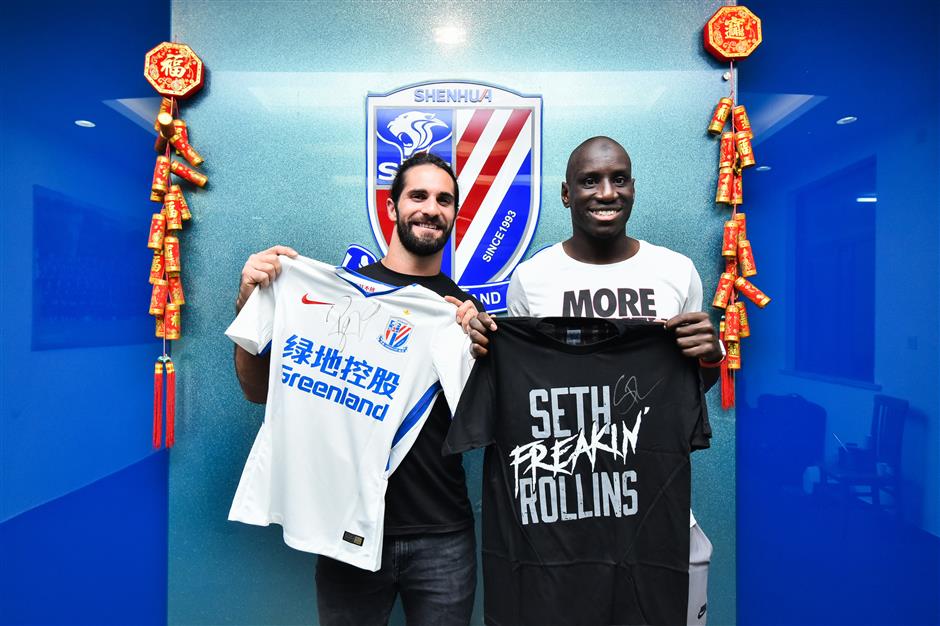 Rollins describes himself as “stubborn, focused and hating to lose.” For the chance to get into WWE, he waited six years, and now he is teaching that mindset to his students.

“I think the one thing I try to instill in whoever comes through is that it’s going to be a long road and it’s going to take a lot of hard work and dedication and sacrifice,” he says.

It can take a superhuman effort to work to the top of any industry. For a wrestler, it’s not just about working out or dieting, though Rollins usually brings frozen food he made himself on the road in order to keep his diet consistent. It’s about putting everything behind the goal, including relationships and family.

“I am so stubborn and single-minded that I never put anything ahead of wrestling and I know that I am never going to,” he says. “I think the difficult thing is if you are in a relationship. If you’re married, you have a kid, something along those lines, it can be difficult and stressful on your partner because it puts a lot of pressure on them to have to deal with things on their own.

“That’s been the hardest thing for me, being with someone, feeling like they understand where you’re coming from,” says Rollins, “But if you’re not on the same side it’s hard to really understand the sacrifice that goes into what you need to do to be successful in our type of industry.”

WWE officially entered the ring in China last summer, in cooperation with video-streaming site PPTV through a revenue-sharing deal. The company is actively expanding into China as the market is huge and relatively untapped.

“There’s so much more we can do, especially from a live event prospective. We just haven’t done a whole lot yet,” says Rollins. “Every time we come the shows get bigger, I am really looking forward to a time when we can spend like a full week over here and do three or four shows in a row all on Chinese soil. And just showing people what WWE is.” 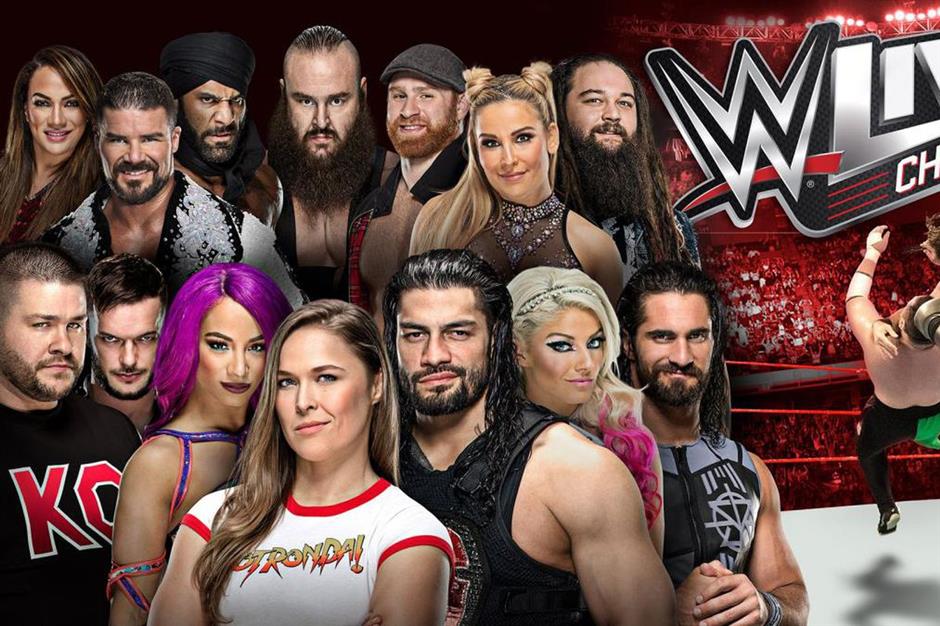 The upcoming WWE Live China on September 1 at the Mercedes-Benz Arena in Shanghai will see Seth Rollins (front right) and other WWE wrestlers presenting a fun show.