For three and a half hours, the audience was pumped while superstars like John Cena, Ronda Rousey, Sasha Banks, Seth Rollins and Bayley strutted their stuff. Chinese superstars Tian Bing, Li Xia, Big Boa and Mars also showed their style.

As part of WWE’s China push, it hired Jay Li as the first vice president and general manager of China in 2016 and partnered with PPTV, an online video streaming platform.

“We had our concerns at the very beginning as the price isn’t cheap compared with other online platforms in the market,” says Li. 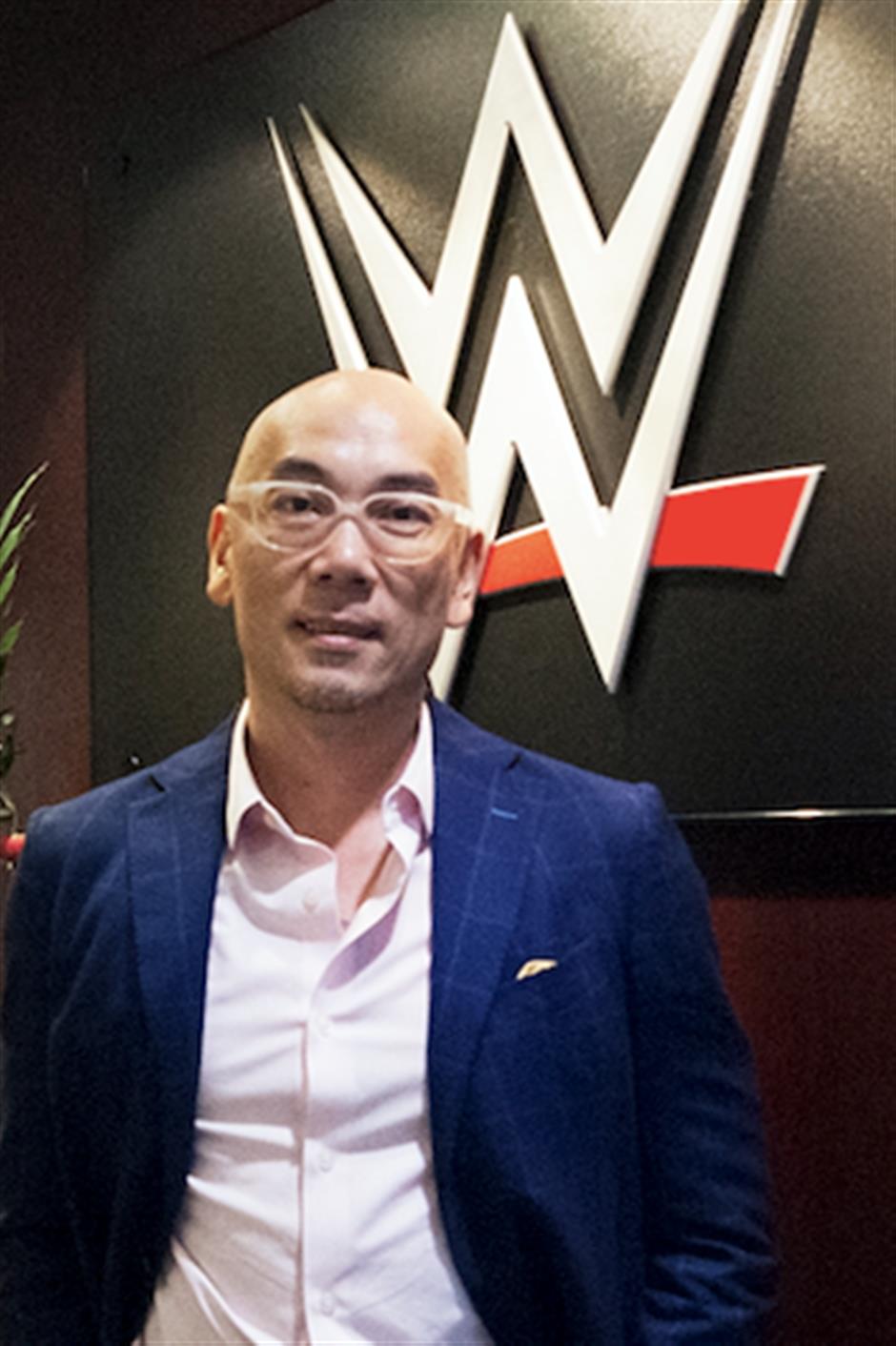 “But what fans can get is HD live matches with Chinese subtitles.

“So far we have seen rapid and steady growth in subscribers.”

While PPTV has exclusive weekly programs “RAW” and “SmackDown,” other short videos are available on IQiyi, Youku, Weibo and Toutiao for a wider spread to attract the casual audience.

“We stick to a ‘digital first’ policy, even the Internet comes secondary,” says Li.

The WWE’s name has high recognition even among viewers who have never watched a wrestling match.

The WWE actually set its sights on China as early as 2006, when the company began cooperation with local TV stations such as Guangdong Sport, Zhejiang TV and Jiangsu TV.

But the matches broadcast on TV were classified as foreign cultural programs and delayed, causing real fans to find other sources to watch live games or to download illegal copies.

In its quest to win fans, the WWE signed development contracts with seven Chinese players in 2016, training them to become the next superstars.

“Signing a Chinese superstar generates additional interest for the casual fans who’ve just heard about us. Now they all of a sudden have a reason to log on and check it out.

“A great example is how Yao Ming pushed the development of basketball in China. Of course, he is the one and only, but we wish to learn something from the case.”

And while it’s rather an immature market now, the WWE is taking a long-term and patient strategy.

“We have some very interesting statistics showing that more than 70 percent of the views come from other countries, but they only contribute some 30 percent of revenue,” says Li

“Maybe we can form a ‘Journey to The West’ team or something like that,” says Big Boa, one of the seven Chinese superstars, referring to the classic 16th Century Chinese novel.

“Localization is the another focus when entering foreign countries,” says Li. “Maybe we can add characters and stories from the Three Kingdoms or from famous kung fu fictions.”

The “Romance of the Three Kingdoms” is a 14th Century classic. The story is rich with personality, contests of wit and will and military exploits. 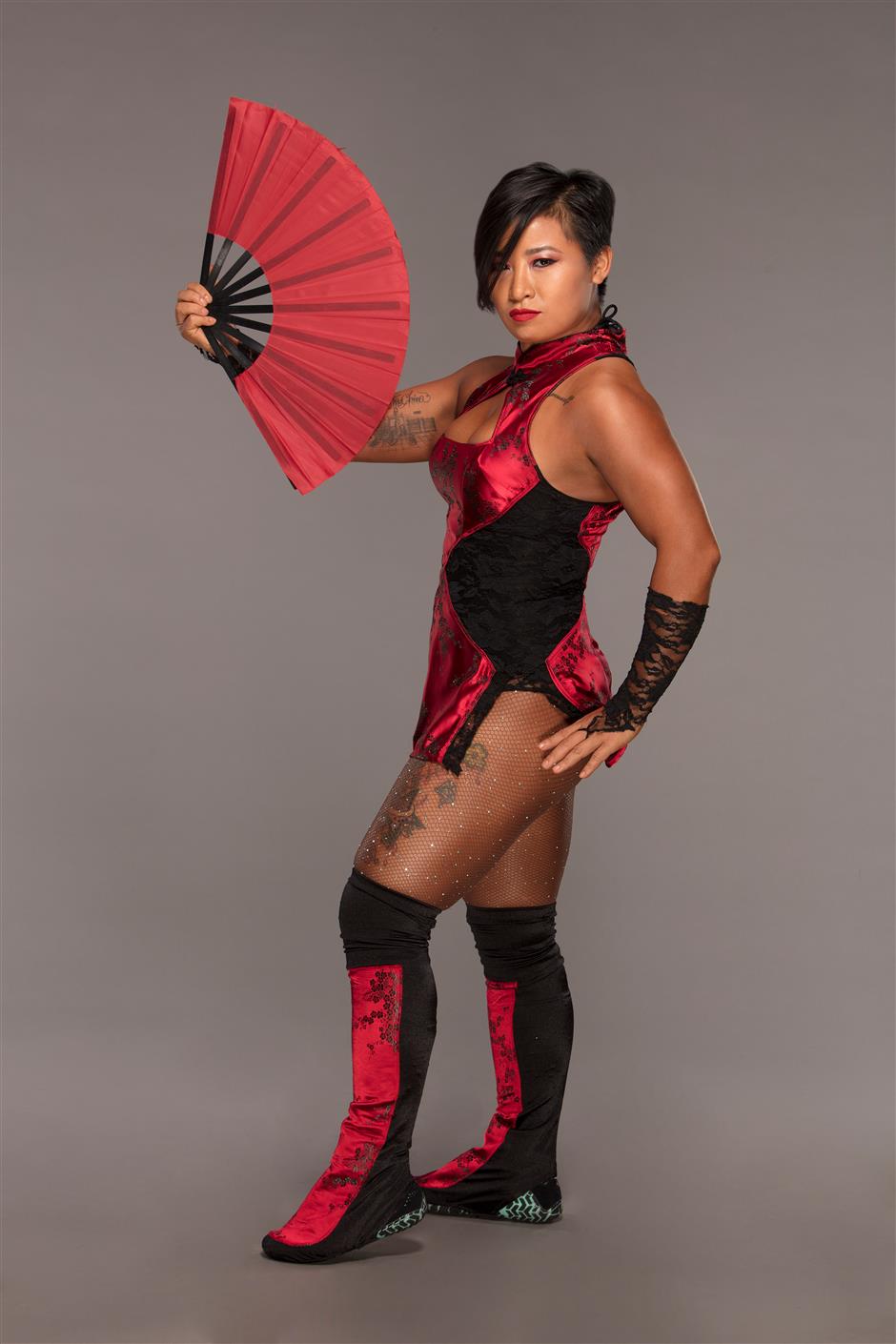 The 33-year-old is from Sichuan province, and her costume is a modified qipao, a traditional Chinese dress. Li Xia began studying martial arts in elementary school to defend herself and friends against school bullies.

“I’m a woman with a sense of righteousness,” she says. “When I see stealing or harassing on the street I will go and teach them a lesson.

“Later I found that I can set an example of what women can do and encourage more females,” says Li. “I feel so excited to show that I can be part of the women’s revolution.”

Li likes to cook dumplings for her colleagues. The dumplings are so good that one person ate 70 at one time.

The fan is the weapon she chooses, as it can show femininity in the meanwhile.

When Li does a move, she opens her fan and says: “I’m spicy. You will feel the heat of Li Xia.” 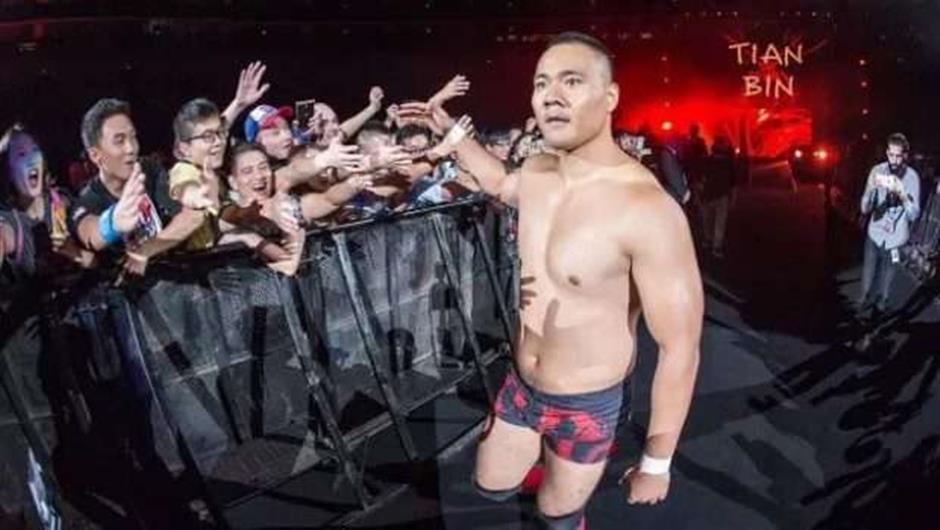 The 23-year-old made his debut on WrestleMania 33 last year as the first Chinese fighter. Tian Bing had a three-year contract with Japanese MMA and the Inoki Genome Federation before being handpicked by WWE.

“Of course we all dream big. I wish to be the first Chinese champion,” he says. 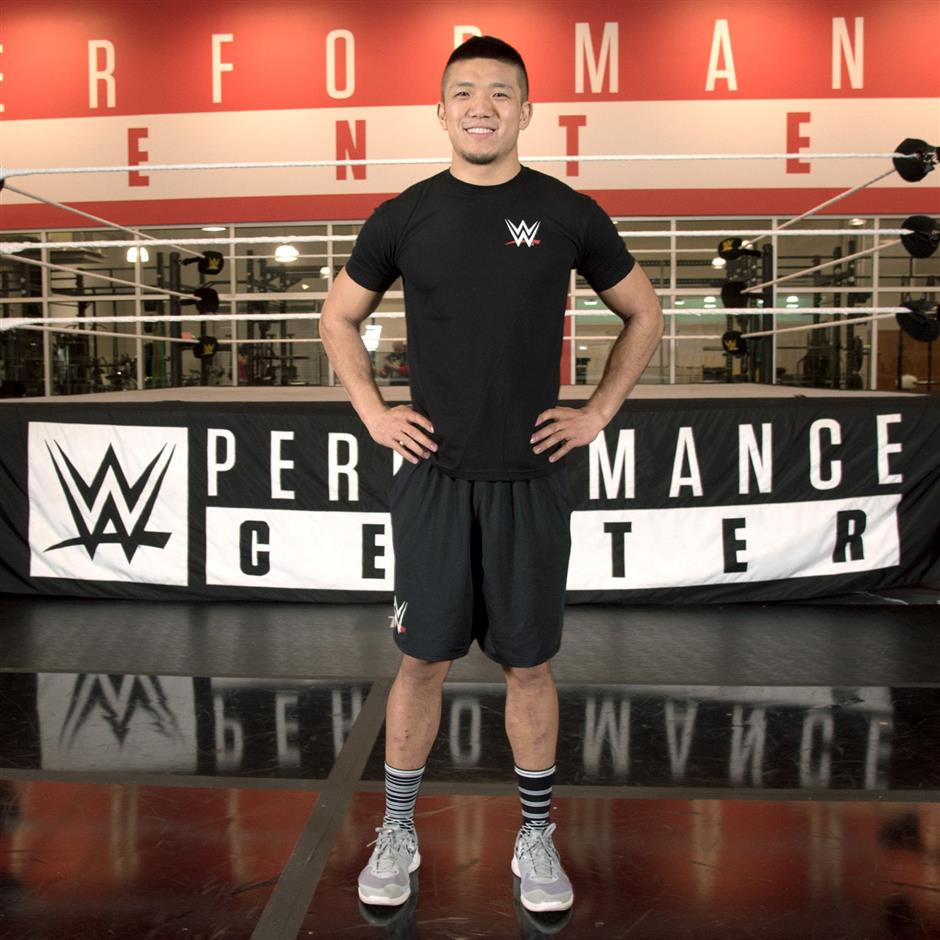 Big Boa made his debut on July 8, 2017, in NXT, where he teamed with No Way Jose to defeat Steve Cutler and Wesley Blake.

“WWE is scripted entertainment, but it also shows combatant spirit,” he says. “We manage to combine stunning physical skill sets with some universal value in one show for the audience. That’s what I love about WWE.”

His biggest problems when training in Florida are language and an overly restrictive diet. 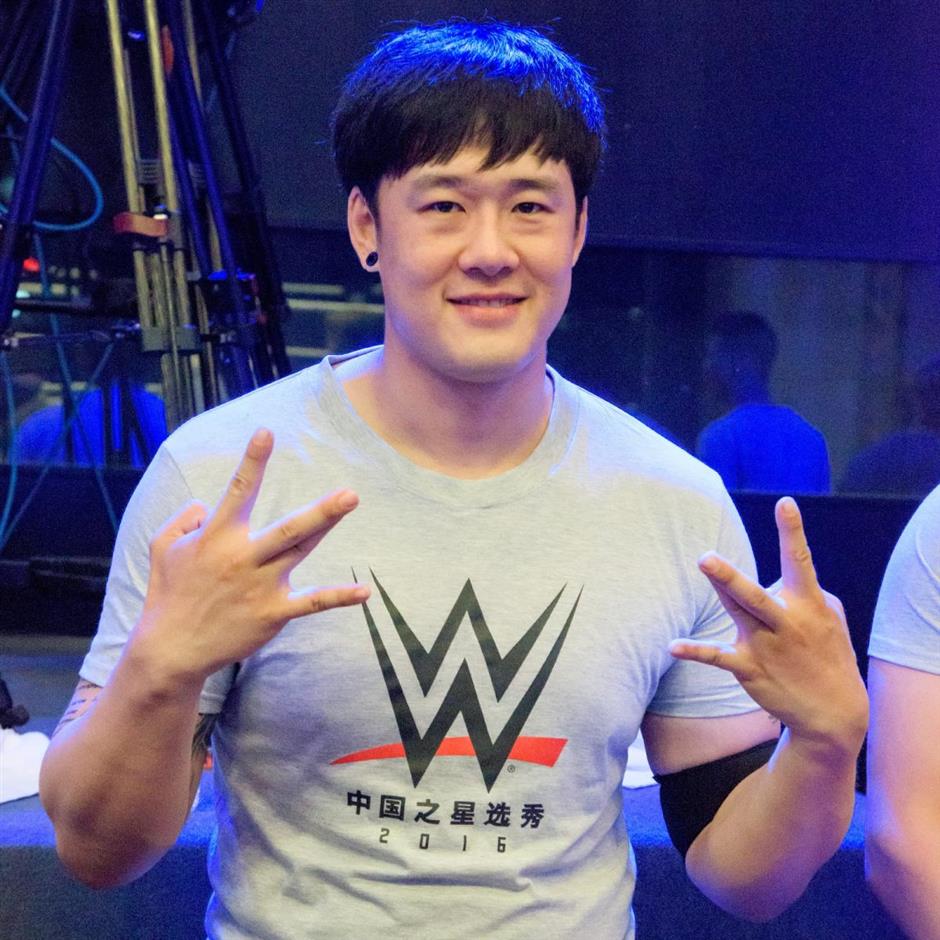 Mars is a former music producer who dropped out from university to attend a tryout in 2016 — and hasn’t stopped since.

“I was first attracted to the sport by the John Cena (WWE) theme song,” he says. “But then I was drawn into the game and the spirit has inspired me and helped me out in so many ways of life.”