Chinese people traditionally think of themselves as descendants of the legendary Yellow or Yan emperors, semi-mythical figures who are credited with uniting the numerous warring tribes of ancient China.

Any emperor must expect to win the support and love of his people through wisdom and mercy, but war was an inevitable part of unification.

The Battle of Zhuolu between the Yellow Emperor and fierce warlord Chiyou 5,000 years ago was one of the most significant of many battles and led directly to the Yellow Emperor’s unification of the whole nation.

Chiyou was leader of the Jiuli from the east, one of the tribes ruled by Yan. The Yan Emperor was a fanatic for herbal medicine and died after personally testing hundreds of herbs for his people. Chiyou was determined to take his place.

Chiyou had huge physical strength. He also had 81 vigorous and valiant brothers who controlled 81 clans. Not only were they all tough and brave but they were famed for the quality of the sharp bronze arrowheads and spears they made.

In autumn, as ceaseless rain flooded their fields, Chiyou and his brothers decided that raiding other tribes and taking their grain was the easiest way to get through the winter. Then Chiyou came up with an even more aggressive and audacious plan: to conquer Yellow Emperor’s people and take their land.

Before setting out for battle, the Jiuli gathered for the ceremony of war, blowing whistles and horns, beating on drums. Young women with feathers in their hair, preened and screamed, writhing like worms — the totem of Chiyou’s tribe. Men wearing cow horns on their heads wrestled. Chiyou, decked out in a tiger skin, jade axe in hand, stood majestically in their midst. 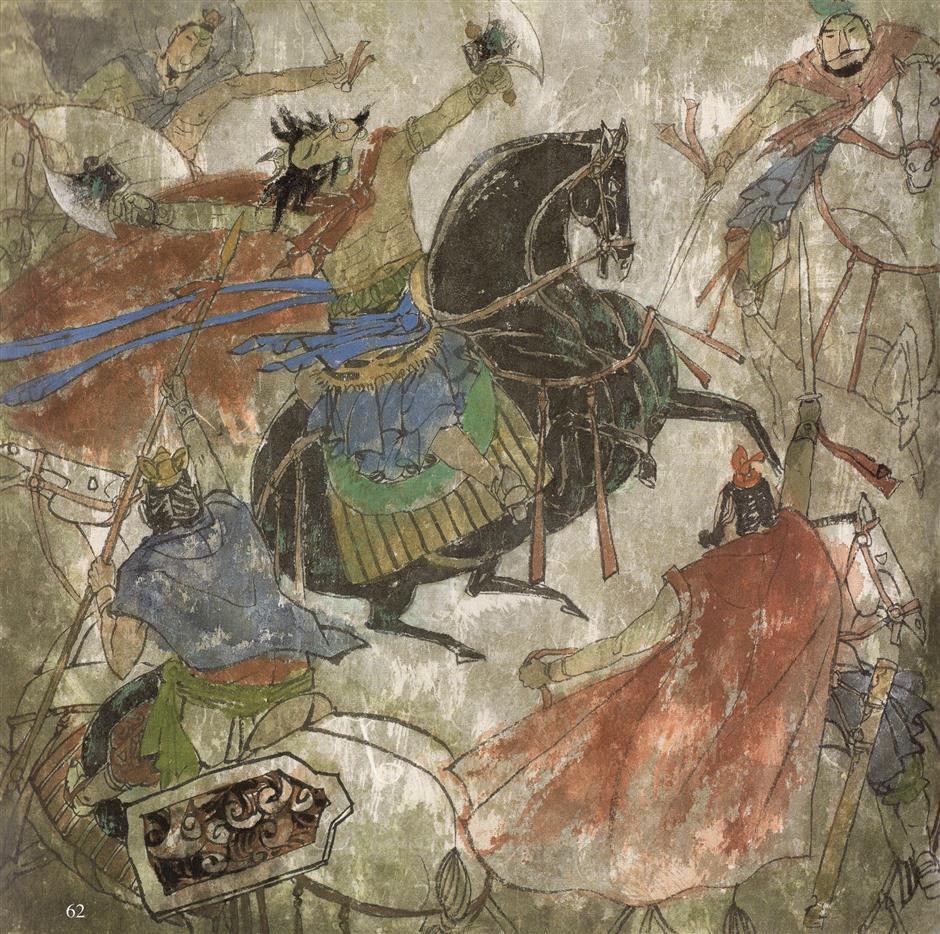 Not only were Chiyou and his brothers tough and brave but they were famed for the quality of the sharp bronze arrowheads and spears they made.

Hearing of the gathering, the Yellow Emperor called his elders together. Some suggested consultation and negotiation as the only way to avoid a war. But, a general named Limu stood up and said, “Chiyou is too ferocious to reason with. He is a wild beast. War is the only way to stop him.”

So the Yellow Emperor led his army to Zhuolu where Chiyou’s troops were gathered and demanded to meet with Chiyou face-to-face, hoping to convince him of the folly of war.

As the two leaders met, with great swagger Chiyou declared, “I, Yan Emperor, rule here by decree. My word is the law. It would be better for you to surrender now.”

The Yellow Emperor looked askance. “The Yan Emperor, as the father of herbal medicine, is famed the world over for his wisdom and his love of his people. How dare you call yourself Emperor Yan and attempt to rule through brutality and greed!”

Chiyou smirked, and flexed his brawny arms saying, “The ruler of the world should be the mightiest of the world!”

“If war is what you demand, then war it is!” replied the emperor in measured tones.

At first, the Yellow Emperor’s arsenal of wooden batons, bamboo spears and stone axes was no match for the metal weapons Chiyou’s men wielded with savagery and skill. But the emperor’s men were undaunted. The courageous soldiers stood strong and their discipline and strategy gradually began to win the day.

Suddenly, Chiyou waved a magic red flag and sandstorm blasted the battlefield. From within the swirling dust emerged a battalion with cow horns on the heads and copper weapons in their hands. The emperor’s troops retreated, defeated, and the first battle was lost. 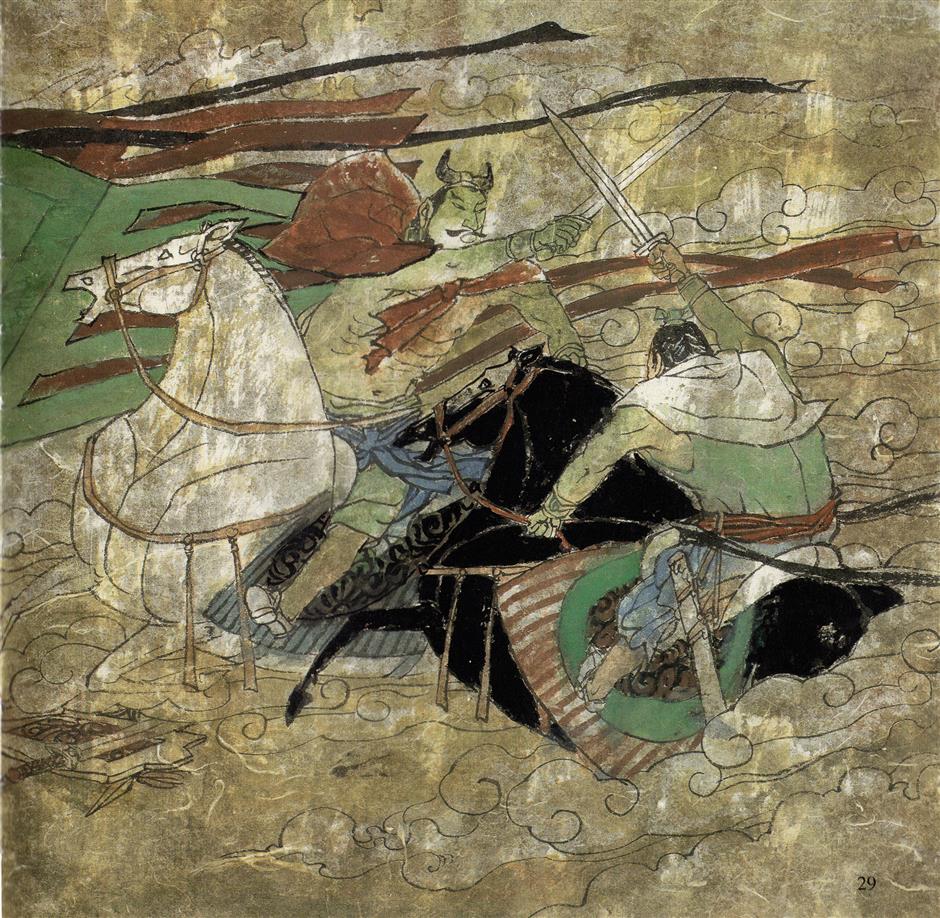 From within the swirling dust emerged a battalion with cow horns on the heads and copper weapons in their hands.

Chiyou and his 81 brothers kept up their mystical trickery and a dense fog descended. Unable to see anything, for days the Yellow Emperor’s troops could go neither forward nor backwards.

Exhausted and frustrated, the emperor sat under a tree, trying to think his way out of the crisis. A golden ray of light pierced the soupy murk. Where the ray struck the earth, a goddess with a women’s head and a bird’s body appeared.

“I am Jiutian Xuannu. The Lord of Heaven learned of your plight and sent me to help you,” said she, pulling a kerchief from her sleeve, as the emperor fell into a faint.

When he opened his eyes again, he found himself alone in the gloom, a golden cloth held tightly in his hand. On the cloth was the image of an eight-sided battle formation. The emperor called his troops to order and formed them up in an octagon accordingly. He then called upon his most skilled of craftsmen and ordered them to mount a giant lodestone on a wagon — compass cart. On the cart stood a wooden figure with its arm pointing. 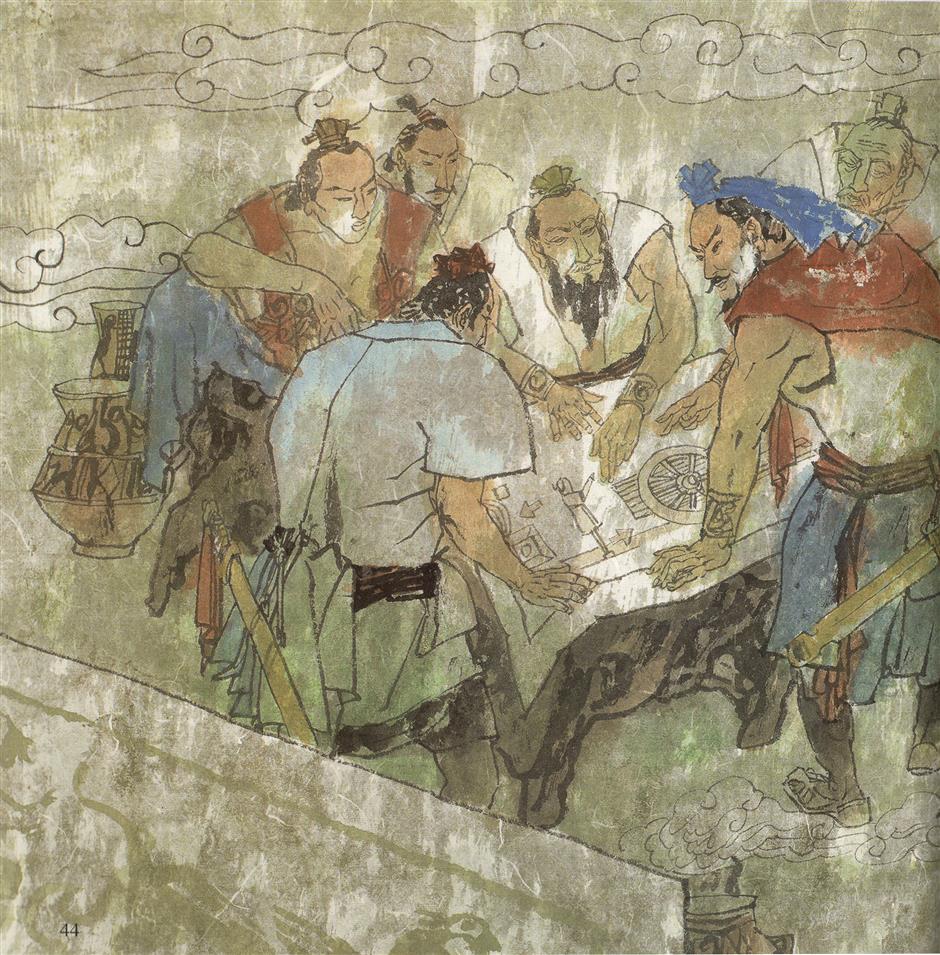 The Yellow Emperor called upon his most skilled of craftsmen and ordered them to mount a giant lodestone on a wagon — compass cart.

Under the cover of the fog and guided by the compass cart, the emperor’s army took Chiyou’s troops by surprise and sent them fleeing. Chiyou roared with rage and led his 81 brothers and many monsters in a furious charge against the Yellow Emperor’s army.

As the emperor beat the Thunder Drum, the lifelike peals and crashes it made scared the monsters witless and sent them scattering in all directions.

His army in tatters, a furious Chiyou waved his jade axe, trying to rally his men. But General Limu’s battalion charged and encircled the last vestiges of the Jiuli troops. Aware of his encroaching doom, Chiyou cast a resounding roar into the air, and perished on the spot in fury and in shame. 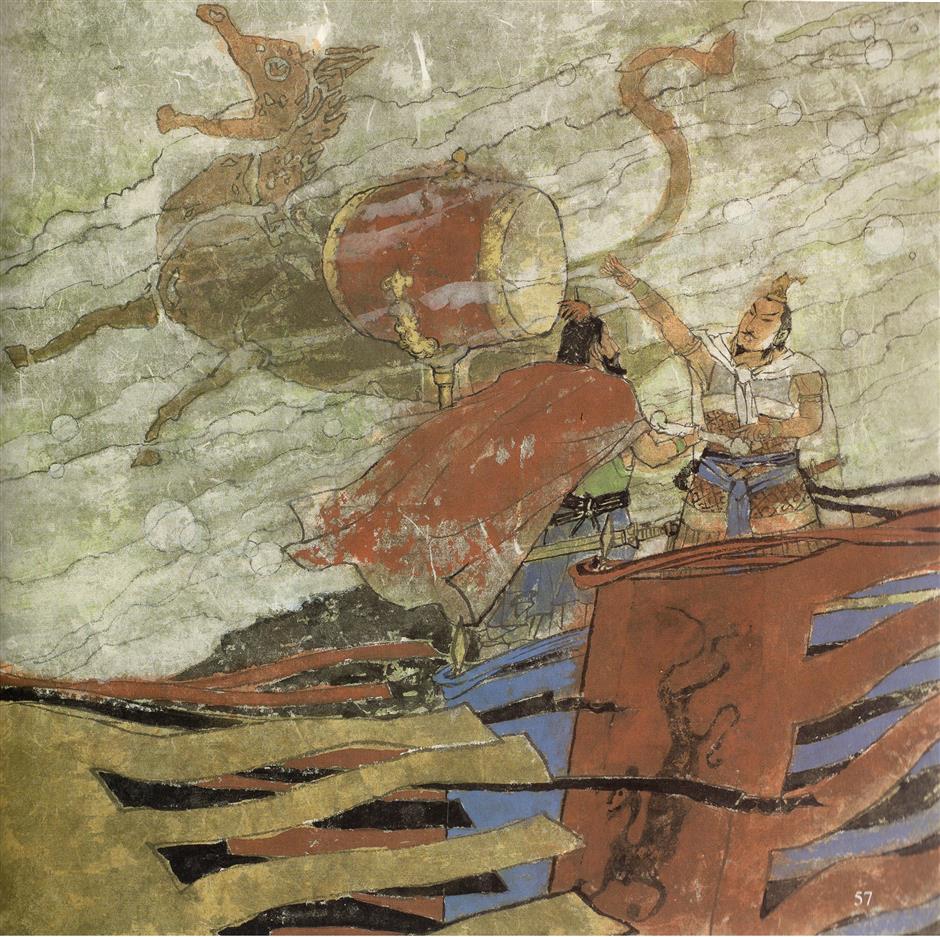 As the emperor beat the Thunder Drum, the lifelike peals and crashes it made scared the monsters witless and sent them scattering in all directions.

On victory, the merciful emperor spared Chiyou’s family and even appointed his son to a post in the army. Chiyou’s tribes paid allegiance to the Yellow Emperor, and a new unity was born. Though he lost the war, Chiyou is still remembered for his valor. He was later worshiped as a god of war.

Zhuolu, also known as Peng Cheng, is said to have been the first capital of the Yellow Emperor’s land at today’s Xuzhou, Jiangsu Province.

After the victory at Zhuolu, many other tribal leaders chose to pledge allegiance to the emperor and he became the leader of a new nation: the Han. 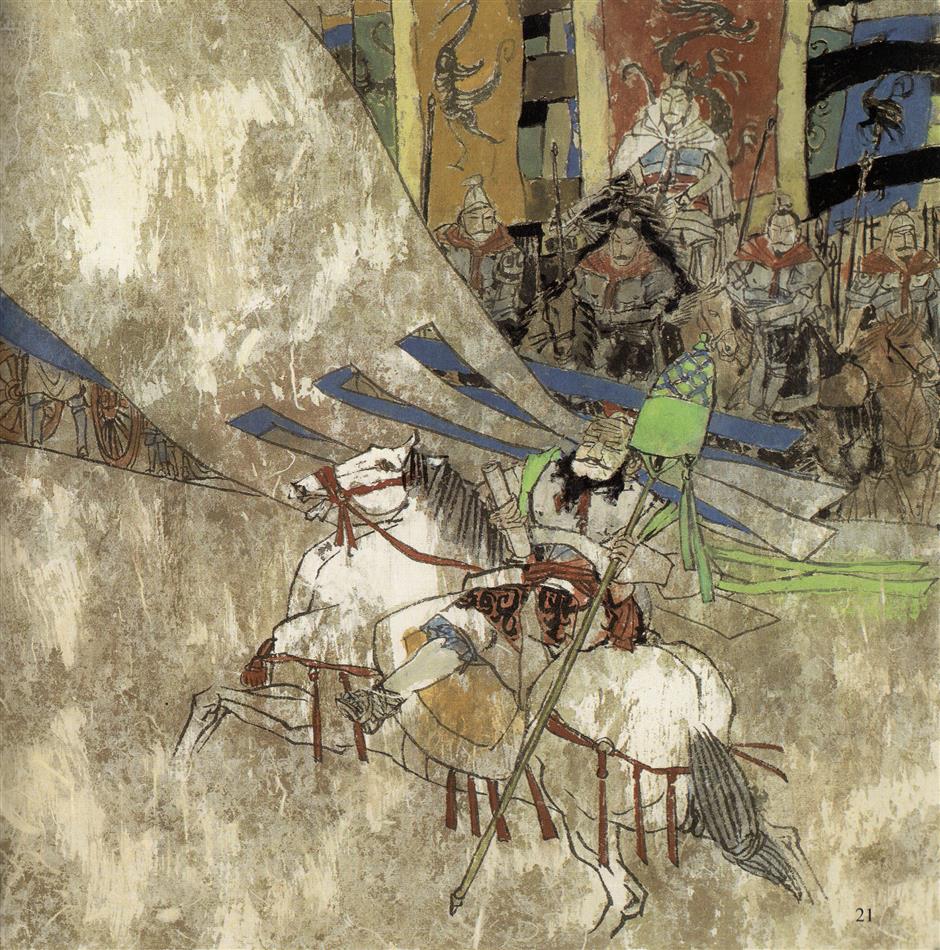