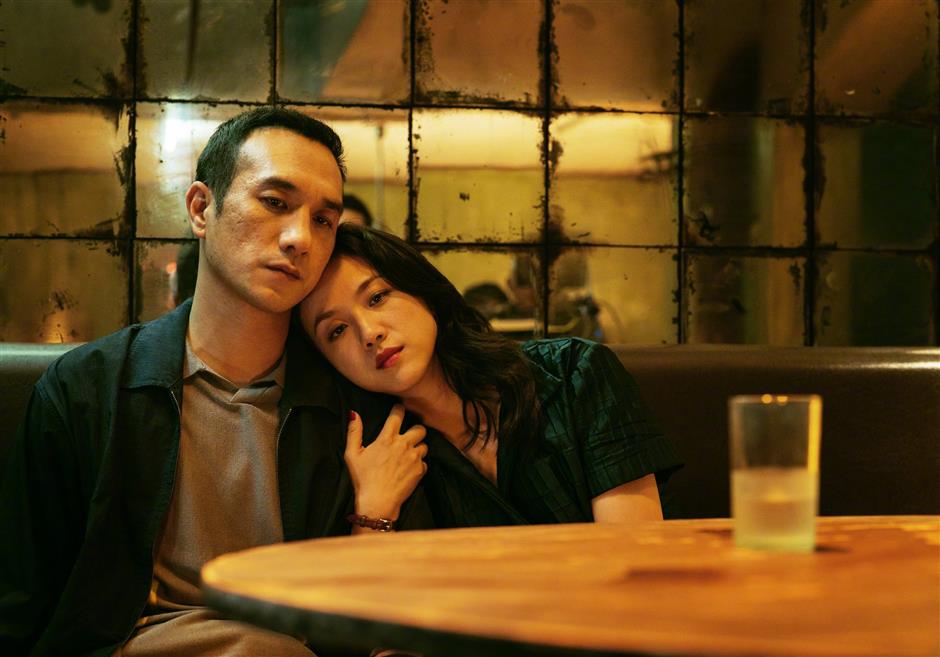 Both films are produced by local filmmaker Shen Yang, who produced the Golden Bear-winning film “Black Coal, Thin Ice” in 2014. They also demonstrate the city’s unyielding efforts in the artistic films’ genre to ensure diversity in Chinese cinema.

“The Pluto Moment,” written and helmed by China’s sixth generation director Zhang Ming, is a story about desire, humanity and life.

It follows a married film director’s journey into the deep mountains to collect folk songs for his film “The Pluto Moment.” He falls in love with a local girl, and the one-sided affection causes embarrassment and depression. Stuck in the remote mountains, they also have to face various difficulties with their world darkness inside and outside.

Zhang, whose credits include the award-winning film “In Expectation” and “China Affair,” says that he tried to write the script almost 10 years ago. When he traveled to the mountains in southwest China, he was deeply impressed by “The Tale of Darkness,” a mourning song preserved as a “living epic.”

However, his attempt failed as he was not able to rid himself of the spiritual suffering from the journey. Years passed by, and the travelogue finally became the inspiration for a new story.

“The protagonists are trapped in a dilemma of action and inaction, just like people from ancient times who were trapped in darkness,” Zhang says. “Unfortunately, these men and women do not possess the mental strength of the ancients to look for answers. Compared with the villagers, these urbanites appear to be weakened by inertia.

“The film tries to portray their actions and thinking as they look for an escape from a dim future; this effort per se is also like probing in darkness.”

The film uses the metaphor of Pluto, as director Zhang plays with the idea of Pluto being lit up by the Sun.

“It is a kind of weak luminosity, one that lies in between darkness and light, which echoes the characters’ anxiety and defines the film’s visual tone,” he explains.

“I have always imagined the surface Pluto to be a half-lit, half-gloomy, gray. To achieve this in the film, I used mostly natural light sources during production. In addition, some scenes have a free-flow rhythm between different times and spaces. On the screen, it might take the form of a daydream, a fantasy, a nightmare, or even a new discovery.”

When the film was screened at the 71st Cannes Film Festival, it was acclaimed by foreign critics. The Hollywood Reporter commented that the film shows how cinema is a tool for self-discovery.

The Screen Daily commented that this beautifully shot, narratively low-key road movie is a leisurely paced, sometimes enigmatic pleasure which will appeal to those who like their art cinema intelligent and slow-burning.

However, the film hasn’t recieved glowing reviews since its release last month in China. Some domestic movie buffs consider the film obscure and hard to understand in terms of the long shots and slow rhythm.

Young filmmaker Bi Gan’s “Long Day’s Journey Into Night” is another eye-catching production in the same genre. The film won the best cinematography, best sound effects and best original film score at Taiwan’s Golden Horse film awards. It is also the second film offering by the 29-year-old talented director after his feature film directorial debut “Kaili Blues” turned out to be a critical success.

Starring Tang Wei, Huang Jue and Taiwan actress Sylvia Chang, the film is centered on a middle-aged man who returns to his hometown to find his lost love. Twelve years ago, the man was trapped by the mysterious and charming woman who was also the lover of a murderer. On his journey back, the man unveils a hidden secret.

Bi wrote the story for the film. Most of its scenes were shot in southwest China’s Guizhou Province. Leading actors in the film spent much time learning to speak the local dialect.

According to producer Shen Yang, in addition to the release of the films in cinemas and online websites, the two films will also be distributed overseas. French distribution company Wild Bunch will handle the international sales of “Long Day’s Journey Into Night,” while LOCO, another French company, will take care of the overseas distribution of “The Pluto Moment.”

Four years ago, the critical and commercial success of “Black Coal, Thin Ice” opened doors for arthouse films in China. It convinced domestic filmmakers of the possibilities of an art film to deliver good performance at the box office.

The small budget movie grossed over 100 million yuan (US$14.59 million) at the box office. Its copyright was sold to more than 30 countries worldwide, and the film was shown at around 140 international film festivals. It has boosted the confidence of Chinese filmmakers in the art-house genre.

Since then, Shen produced a series of art films including “Ne Zha,” “North by Northeast” and “Kaili Blues,” many of which won mixed reviews.

“Each film project may have a phase of Pluto moment which lies in between darkness and light,” Shen says. “We have to take all the challenges from scriptwriting to funding and move on with faith and courage.”

Shen respects and confides in every film director with whom she works. She also spends a lot of time talking with the directors. After discussing the film’s aesthetics, they try to find out the best artistic expression for the story.

“Many Hollywood and European film stars are eager to work with celebrated art filmmakers because it is an effective way to broaden and boost their career,” she says.

“On the other hand, art films with distinctive flavors are also an impetus for the development of the film industry. High-quality art movies will be remembered by people instead of popcorn films.”

Shen is now working on a new film project “Wild Goose Lake,” a story about the self-redemption of a wanted man. It is the latest work of director Diao Yi’nan following the success of “Black Coal, Thin Ice.” The destiny of ordinary people and the vicissitudes of society will be touched in the film.

With the help of video-sharing websites and international exhibitions, Chinese art films have more opportunities to reach a wider audience. Film insiders in Shanghai will continue to support original arthouse films about the lives and emotions of ordinary people.

According to the Shanghai International Film Festival, “Moerdaoga,” a film set in the forests of Inner Mongolia Autonomous Region, is currently being filmed. The film depicts the subtle emotional connection between a lumberjack and the forest. 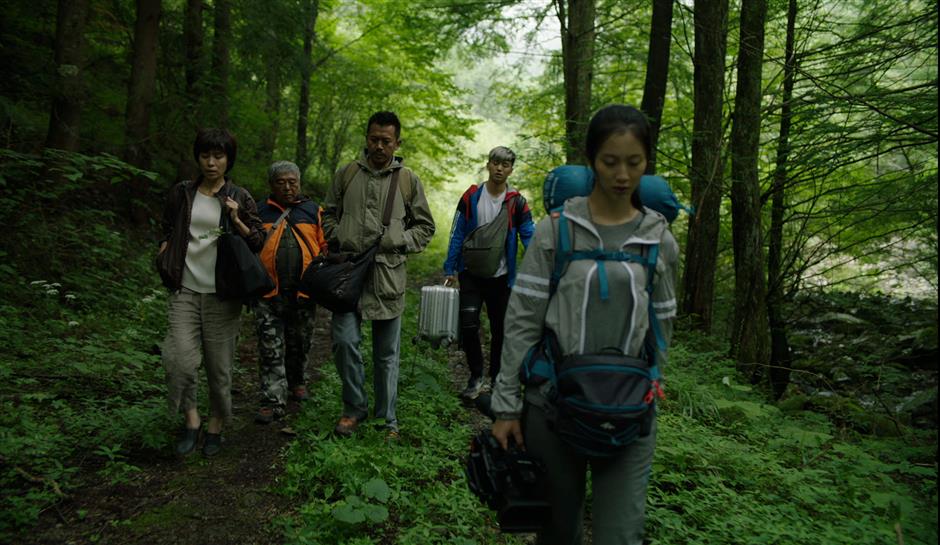 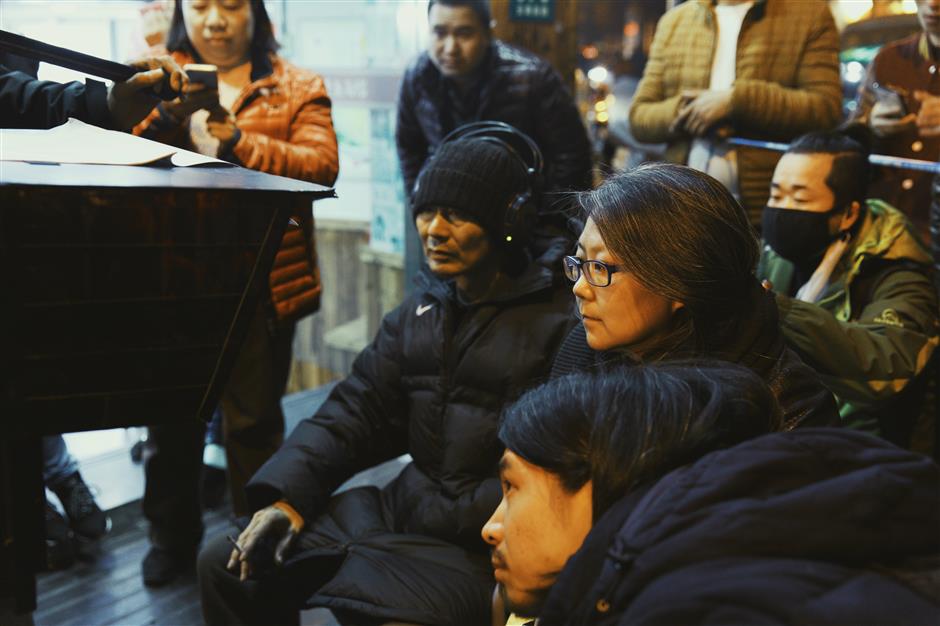