Fei in Shanghai for his farewell concert 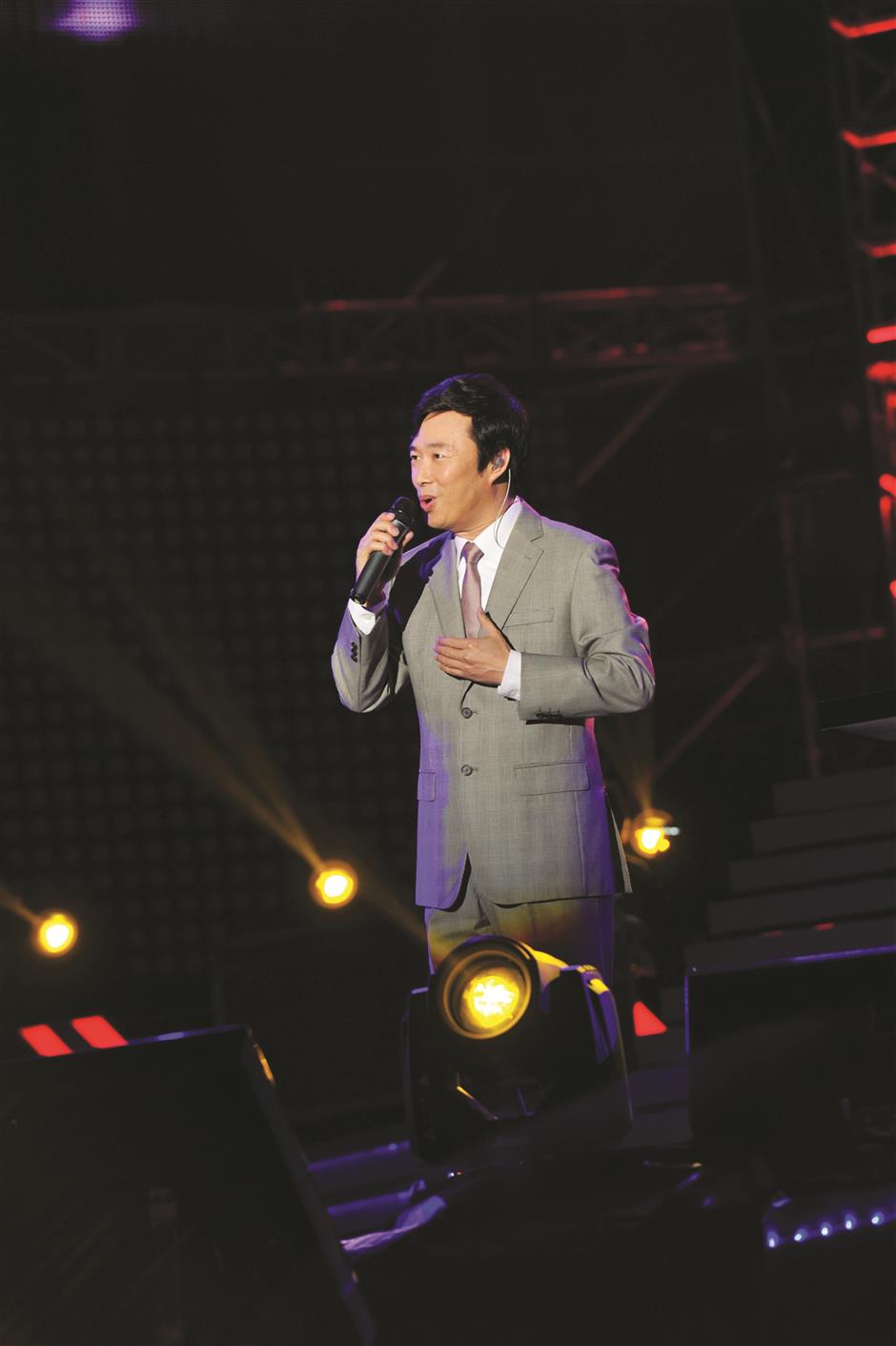 Starting his singing career in the late 1970s, Fei Yu-ching is defined by his trademark suit and leather shoes at all his concerts.

Starting his singing career in the late 1970s, Fei Yu-ching is defined by his trademark suit and leather shoes at all his concerts.

He was recently seen on this year’s CCTV Spring Festival Gala, joining Kelly Chen in the song “Sleepless Tonight.” Currently he is traveling across China for his farewell concert.

It all started in 1973 when Fei took part in a singing contest in Taiwan and won the fourth prize. It was to kick-start his career in the entertainment industry.

In 2006, he performed in a duet “Miles Away” with Jay Chou, another famous Taiwan singer.

Fei also has a great sense of humor that propelled his popularity among his fans.

The Taiwan musician has so far released over 40 albums and performed several theme songs for TV shows, such as “A Branch of Plum Blossom” and “Dream of Camel Ring.” Some of them were more successful than the shows themselves.

He is best known for his clean, soft and mellifluous voice, and in terms of personality, he is a humble and sincere person.