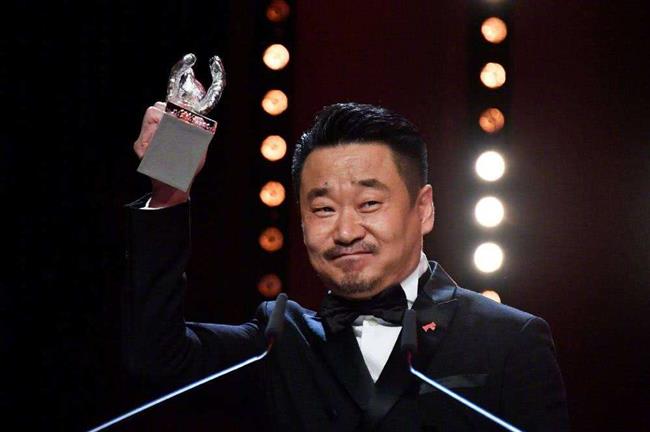 Right after winning the Silver Bear for best actor for “So Long, My Son” at this year’s Berlin Film Festival, Wang Jingchun wrote on his Weibo account: “Managed to ‘catch’ the Bear …”

It was a big moment for the Chinese film industry as the last time a Chinese actor won the honor was in 2014 — Liao Fan for “Black Coal, Thin Ice.”

A Shanghai Theater Academy graduate, Wang is a member of the actors troupe of the Shanghai Film Group Corp. Founded in 1953, the troupe has fostered many talented actors who made great contributions to the local film industry.

In 2013, Wang was awarded best actor for his performance in Ning Ying's “Police Diary.” He plays a cop in the film, which is based on a true story of a policeman in the city of Ordos in the Inner Mongolia Autonomous Region.

“He is adept at portraying ordinary people on the screen,” Ren said. “He has superb artistic creativity and good understanding of life. Many of his movies are not just artistically acclaimed. ‘Time Raiders,’ an adventure film he starred in, was also a box-office sensation. It reaped an impressive 1 billion yuan in 2016."

Ren said the success of the “So Long, My Son” showed the increasing influence of Chinese cinema and culture in the international arena. The locally produced movie, along with others to follow, would also help to shape the cultural brand of Shanghai.

The company is now shooting another highly anticipated film “Qomolangma,” also starring Wang, together with He Lin and Wu Jing, who has a lead role in the current hit “The Wandering Earth.” “Qomolangma” tells the story of China’s first mountaineers to conquer the world’s highest mountain. It is due for release in October.

Professor Shi Chuan, from the Shanghai Theater Academy, attributed Wang’s success to his in-depth analysis and exploration of the characters he plays. Shi said he was thrilled to see an increasing number of Chinese actors display their strength and expertise in recent years, including Liao Fan and Deng Chao.

“Wang amazed me with his vivid performance in many movies, including ‘Flowers’ and ‘The Founding of An Army’,” Shi said. “His acting is never stereotypical. It is an encouragement for actors who don’t have an eye-catching appearance.”

Wang and Liao are founders of the Chunfan Art Film Center, which offers art-house movies a platform for public screening and exchanges.