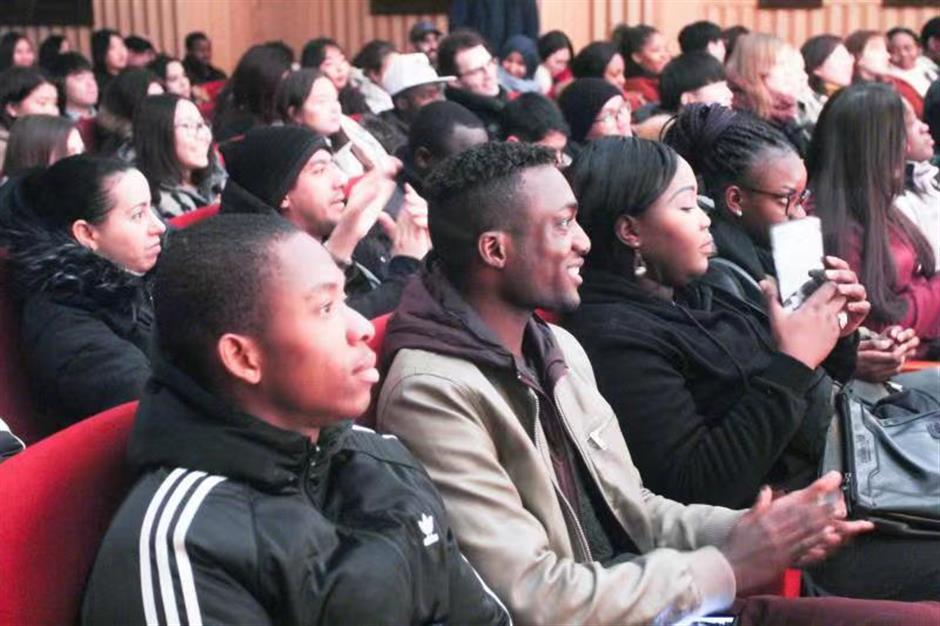 For most of them, it was a first-time experience of witnessing traditional Chinese theater. Classic excerpts from “The Peony Pavilion,” “Romance of the Western Chamber” and “The Drunken Concubine” were staged.

Foreign students took a group photo with artists from the Shanghai Kunqu Opera Company after the performance.