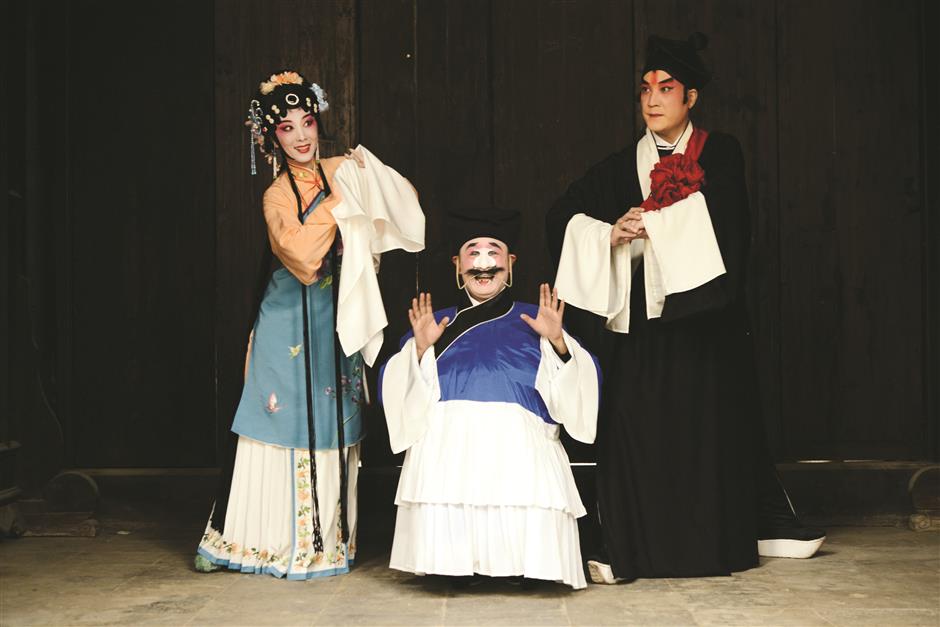 A scene from “Chivalrous Man”

Both plays are produced by Taiwan writer and scholar Pai Hsien-yung, famous for creating successful adaptations of “The Peony Pavilion” and “The Jade Hairpin.”

Ever since 2004, Pai has been devoted to promoting Kunqu, an elegant traditional Chinese theater with a history of more than 600 years, among the younger generation. He has brought Kunqu performances to more than 30 colleges around the country.

The two plays were recently performed in Taiwan and won wide critical acclaim and favor from audiences.

“White Sweater” will be staged on the evening of April 4. Directed by Kunqu Opera artist Yue Meidi, it is a story about one man’s efforts to seek justice for his father, who was murdered many years ago.

“Chivalrous Man,” to be presented on April 6, is a new interpretation of an excerpt from the Chinese classical novel “Outlaws of the Marsh.” The story will be told from a novel modern perspective.

The festival of Shanghai Oriental Art Center will run through April 20. In addition to Kunqu Opera shows, audiences will be treated to diverse forms of traditional Chinese theater, such as Huju Opera and Shanghai farce.