Something not quite human about award-winning short story 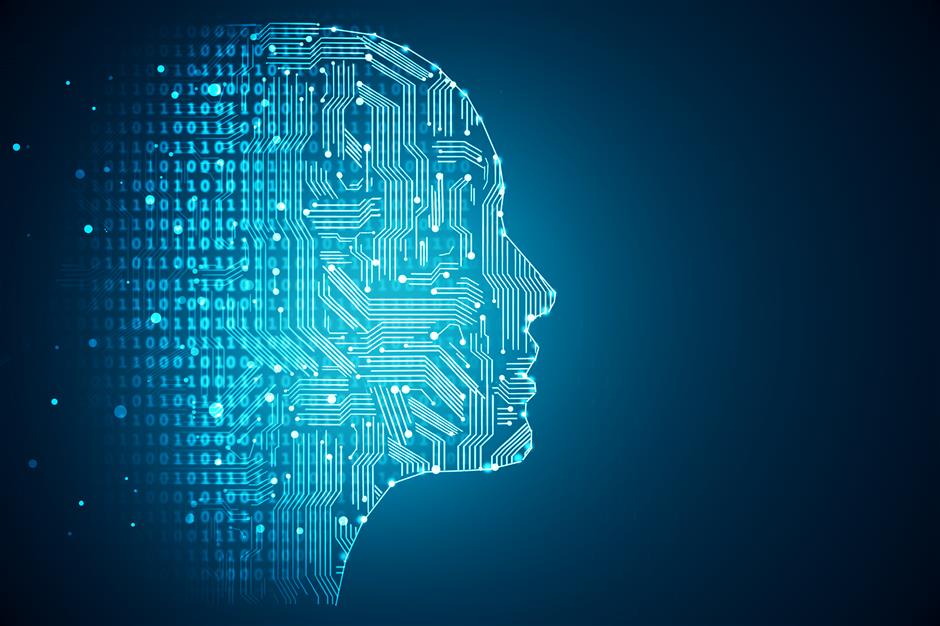 Did AI recognize its only peer amidst thousands of entries written by humans?

“I heard about this list, and it feels like science fiction itself. Just think about that, this AI found the only other AI, a complete stranger designed by different people, amidst thousands of entries,” Chen Qiufan, author of the winning entry, told Shanghai Daily.

“Isn’t that just very sci-fi in itself? You can’t even imagine science fiction like that.”

While some people, like Chen, are amazed that one AI device “recognized” another, others are re-thinking writing and creative works in general in a world where algorithms have already generated poetry, music, a Harry Potter chapter and, most recently, a painting sold at auction for US$432,000.

“I wanted to use this ranking to start a long overdue discussion here among writers — the meaning of our writing, and why do we write,” said Huang Dehai, deputy editor-in-chief of the Sinan Literary Journal, which published the ranking, and a veteran literary critic.

“I was also curious how AI would select best stories. Every year, there are many human-judged literary rankings, each with its own preference. I wondered how well AI could do.”

When he learned that a former colleague from the Shanghai Writers’ Association had started a company involved in AI and literature, Huang acted quickly.

The evaluation included charts of the story’s themes, subthemes, key characters, pace and dramatic index, among other values. It was originally designed to estimate a novel’s adaptability for TV or film, mainly the popular Internet novels that often stretch to half a million words.

“As a literary journal editor, I’m used to do a lot of reading, but it's still impossible to read that quickly. So I summarized some basic principles of adaptability and here comes this AI,” she recalled.

“When Huang Dehai asked me whether my AI could do a list, I was intrigued, curious about the result.”

The result was a surprise, she said. “It picked out the best stories and authors that could well be on any literary list, and it also picked out some that were less convincing, or even some quite badly-written ones. It was a good experiment that will help us modify the algorithm.”

Huang was less surprised, as he was expecting some strange results. “Or, I have to say, I didn’t know what to expect,” he said. “I hope to learn more about how the algorithm made the decision. It seems to me that it picked the most dramatic stories, and not so much on mastery of the language or the messages authors wanted to deliver.”

Huang has already decided to list the best novellas and novels of 2018 using an improved algorithm from Zou Zou.

“It is a discussion we need to continue with writers, and I know many have already been pondering upon this, including myself. I want to pose this question to all writers, why we should continue writing?

“If AI can write creatively, and may well do so, why do we still write? Won’t we be replaced? Then why should we write? Should we change our writing? How do we compete against AI? Many writers will be thinking about this, as they should be.”

Huang has been puzzled by this for quite a while.

The Sinan Literary Journal was among the first to publish the Chinese translation of the Japanese novella “The Day a Computer Writes a Novel” in 2016. Co-written by AI and human assistants, the novella made headlines around the world when it almost won a literary prize in Japan.

“It won’t be long before AI generates a master literary work, maybe in my lifetime, within 30 years, quite possibly way before that,” Huang said.

“Many writers will be replaced, which is sad news but also means they are not good if they can be easily replaced by AI.”

He believes that genre novels will be the first to go, citing detective stories.

“What makes a suspense story really good – if you can find the strangest way to kill a person and still make perfect sense,” he said.

“Let’s just say a good suspense writer can think of 500 ways to kill a person, but so easily can AI learn from a database of all methods that ever existed to kill a person and find a better way.”

A sense of urgency and the desire not to be replaced in the future has changed his writing in some ways.

“I did find myself changing the wording, or structuring of a sentence while writing,” he laughed.

“Sometimes I write a sentence, and can’t help thinking — darn, this can be totally written by a robot. And I will go back and make it more complex as if I could beat the robot in that way.”

Science fiction writer Chen, who has been experimenting with an AI program, is less panicked.

“It will still be a long time before any AI can replace us in creative work,” he said.

Chen’s 2013 novel “Waste Tide” has been translated into several languages, with the English version due in April from Tor Books.

His latest collection “Algorithm for Life” includes one short story as an experiment with AI writing, the story that Zou Zou’s AI picked to top the list.

The program had been trained on all of Chen’s past writings for predictive keyboards imitating his use of words and combinations. Chen gave it some keywords and let the algorithm run free for a few paragraphs, before he realized it made no sense or and didn't have a cohesive plot.

“It was more like essays, not stories,” he said. “There is no way it can produce a cohesive plot. If you read those paragraphs alone, they look strange.”

The author ended up writing the story based on the paragraphs generated by the algorithm, about 10 percent of the story. Few could tell which ones were written by AI.

“I use it more often as an inspiration tool when I get bottlenecked, because it generates lots of combinations of words, some quite strange and intriguing,” he said.

“I think AI writing is probably best when doing poetry.”

He cited Microsoft’s Xiaoice which has 5 million followers on Weibo. It has generated thousands of poems based on keywords or photos submitted by users. It has also released dozens of songs and hosted quite a few radio and TV shows.

It wasn’t long ago that Christie’s auction house in New York sold an AI painting, " Edmond de Belamy" sold for US$432,000, way over its estimate of 7,000-10,000. The abstract was generated by an algorithm fed with data from 15,000 portraits painted between the 14th and 20th centuries.

Literary editor-turned entrepreneur Zou Zou can’t see a commercial future for AI writing, part of the reason she has chosen to focus on AI condensing.

“It’s entirely possible to train an AI program to do some writing, and quite possibly some good writing in the foreseeable future, but how do you build a business model on that? It’s not practical to get excited about generating the next million-copy best-seller by a computer algorithm,” she said.

Instead, she has developed another program to produce condensed books — picking the best and most important 10 percent of the originals for a quick read, or to be heard as the condensed version can easily be made into audio books with an AI voice.

“It doesn’t work well with novels — you are basically deprived of all the vivid details and are left with dry outlines,” she admitted.

“But it works quite nicely with non-fiction, pinpointing the essence of each section, so you get enough to chitchat socially or intrigued enough to buy the original book.”

Paying for knowledge, or rather, a condensed guide to knowledge, has become a feasible business recently, with a handful of apps or social media accounts charging users for a short interpretations of a classic book, often explained in a 10-minute audio by a scholar or author.

“That’s a subjective view of somebody else’s, like getting fed by what someone has chewed for you,” Zou Zou said.

“I want to offer an objective version as it is, but reduce the time you need to spend on it.”

She has been traveling to different publishers to demonstrate her algorithm, making collaborations with many major publishers who have also been exploring new ways to attract readers. The condensed e-books are available on Amazon, among which “Class: A Guide Through the American Status System” by Paul Fussell is the most downloaded.

Editors, however, don't think there is a one-fits-all tool yet.

“We have been doing such condensed versions with editors for a while, so it is interesting to try with AI,” said Zhu Shupeng, an editor from Zhejiang People’s Publishing who has worked with Zou Zou’s AI.

“It works best with books that are highly cohesive and logical, but I suppose it will improve quickly.” 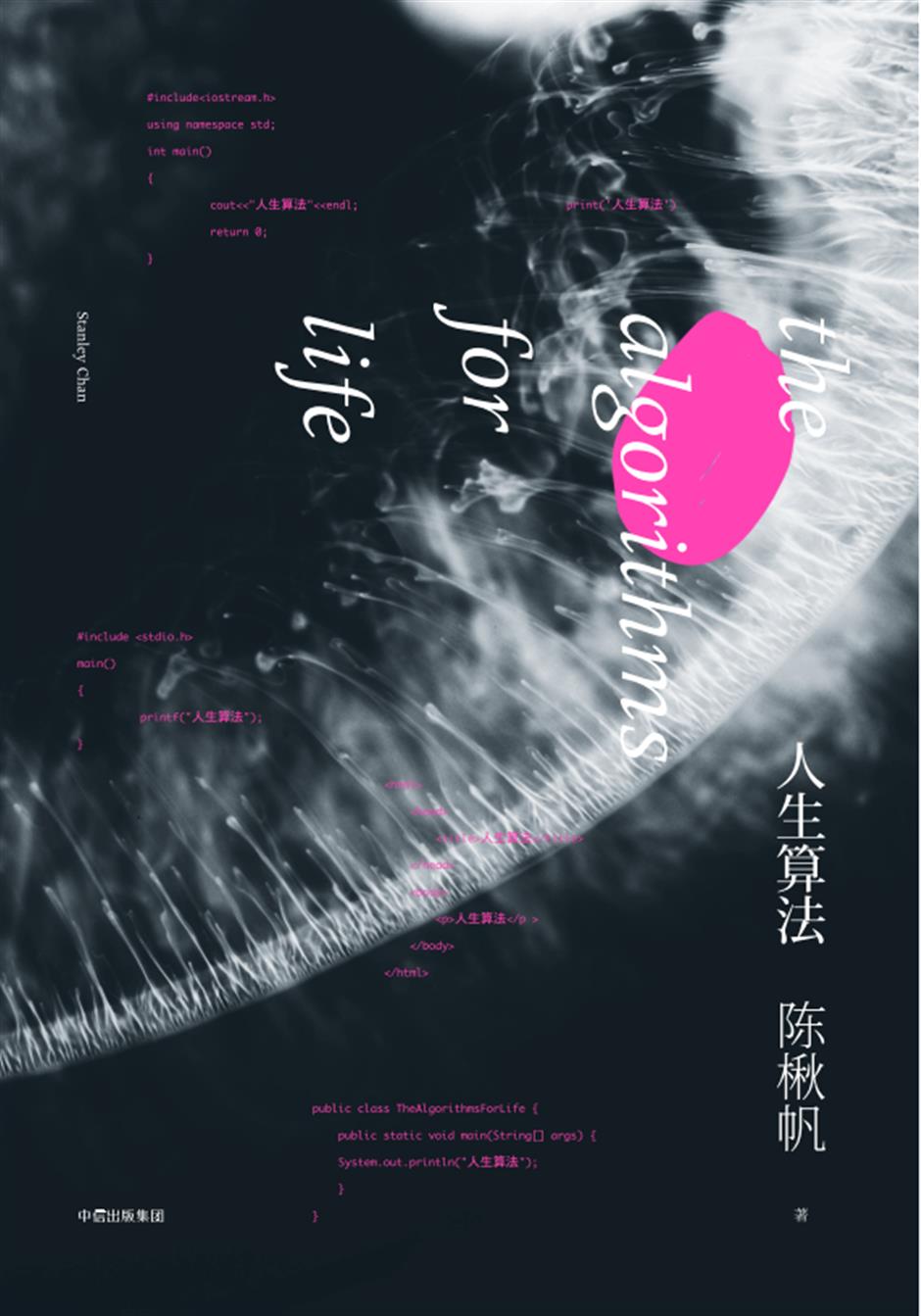 The cover of book "The Algorithms for Life" 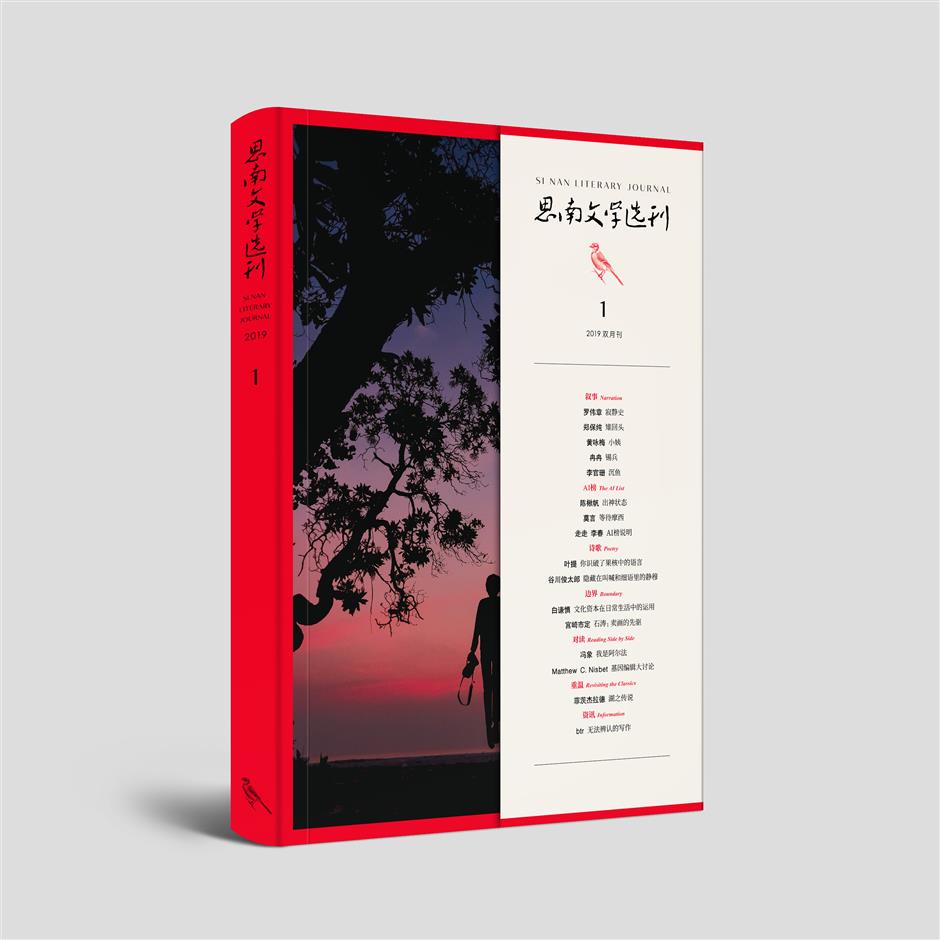 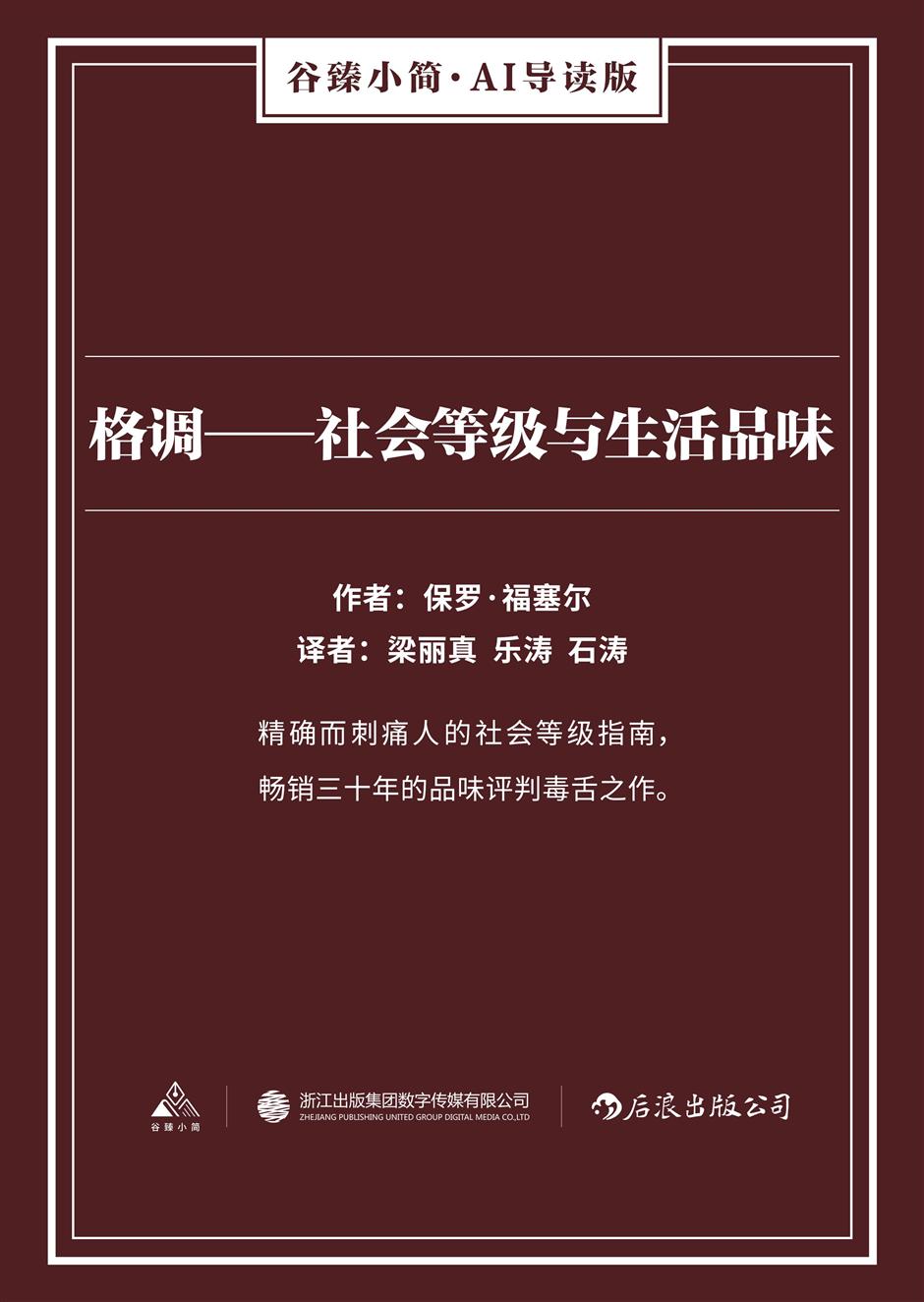 Chinese version of the book “Class: A Guide Through the American Status System” by Paul Fussell