The new fantasy epic drama “The Legend of White Snake” has been distributed to North America and Southeast Asia later this year.

The drama based on the well-known ancient Chinese folktale is now airing at iQIYI. It is a love tale between the White Snake Bai Suzhen and young scholar Xu Xian.

In terms of the Chinese legend’s large influence and rich cultural connotations, the drama has been successfully distributed to an international audience.

Later this month it will be aired on the TV channels and video websites in North America, Malaysia, South Korea and Cambodia including Rakutan Viki, Astro, AsiaN and PPCTV.

With exquisite costumes and lavish scenes, the drama also gives new interpretation of the classic excerpts in the legend such as the flooding of Jinshan Temple and Bai Suzhen’s battle for the immortal grass to save Xu Xian’s life. 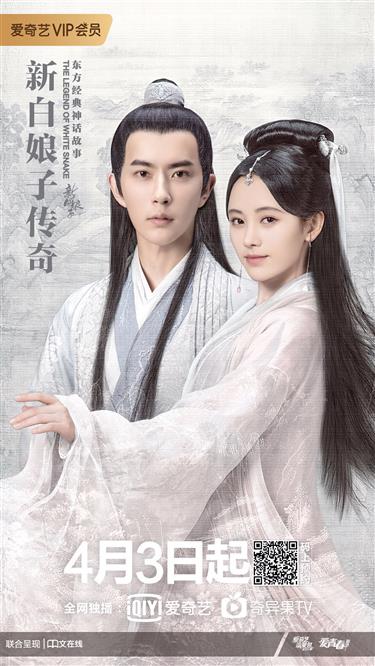