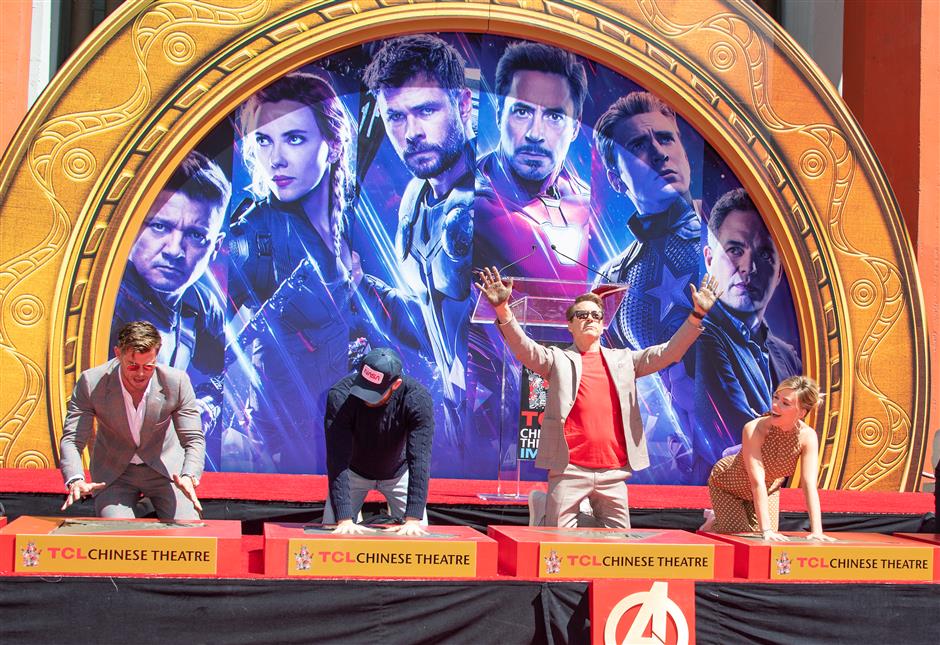 After nearly two dozen films and billions of dollars in ticket sales around the globe, the Avengers are gearing up for a final time — and their last adventure could shatter all box office records.

"Avengers: Endgame" is the final installment of a wildly ambitious 22-film arc featuring the beloved superheroes of the Marvel universe, many of them the creations of late comic book legend Stan Lee.

It hits theaters this week — parts of Asia and Europe get the first view of the three-hour epic on Wednesday, and it gets its wide release in the US and Canada on Friday.

Presell of the movie topped the Tuesday box office in the Chinese mainland market, according to China Movie Data Information Network.

Presell of the superhero movie grossed more than 187.66 million yuan (US$28 million) and has topped the list.

Pundits are predicting a debut weekend that could break records with the first billion-dollar opening in history.

That would easily beat out the previous record holder, "Avengers: Infinity War," the first part of the "Infinity Saga" — as it was dubbed by Marvel Studios head Kevin Feige, who has produced every single movie in the franchise — which opened in 2018 with US$640.5 million.

After Monday's star-studded world premiere in Hollywood, the six original Avengers celebrated the end of the road Tuesday at the iconic TCL Chinese Theatre.

"It's been an amazing ride," Ruffalo — who attempted a handstand while waiting for the cement to set — said of the 10-year project.

The 21 preceding films have earned about US$19 billion globally, and though "Endgame" marks the end of the current narrative arc, Marvel Studios is far from through.

Even as they mark the end of what Johansson called a "wonderful" experience, Marvel Studios has already announced several new projects: in addition to sequels for "Spider-Man," "Black Panther" and "Doctor Strange," there will also be "Guardians of the Galaxy Vol. 3," "The Eternals" and "Black Widow," the second Marvel universe film to give a female character solo top billing.

"The fun thing about an ending is that you eventually get to do a new beginning," Feige told AFP.

"So yes, there will be a new beginning, but right now, it's about this combination of 22 movies. That's what we're most excited for."

In preparation for the marvelous cinematic conclusion, "Endgame" directors Joe and Anthony Russo took to Twitter to post a letter to "the greatest fans in the world."

"This is it," they wrote. "This is the end. The end of an unprecedented narrative mosaic spanning eleven years and eleven franchises."

They acknowledged the massive impact that the Avengers series has had on its fans, saying it was for "all of you who have been on this journey with us since the very beginning."

Fans have been on the edge of their seats for the conclusion, and the cast has been notoriously tight-lipped during the press tour for fear of potential spoilers.

The brothers concluded their message with an appeal: not to spoil the end of the movie.