If we do not fill the bucket, we must kick it 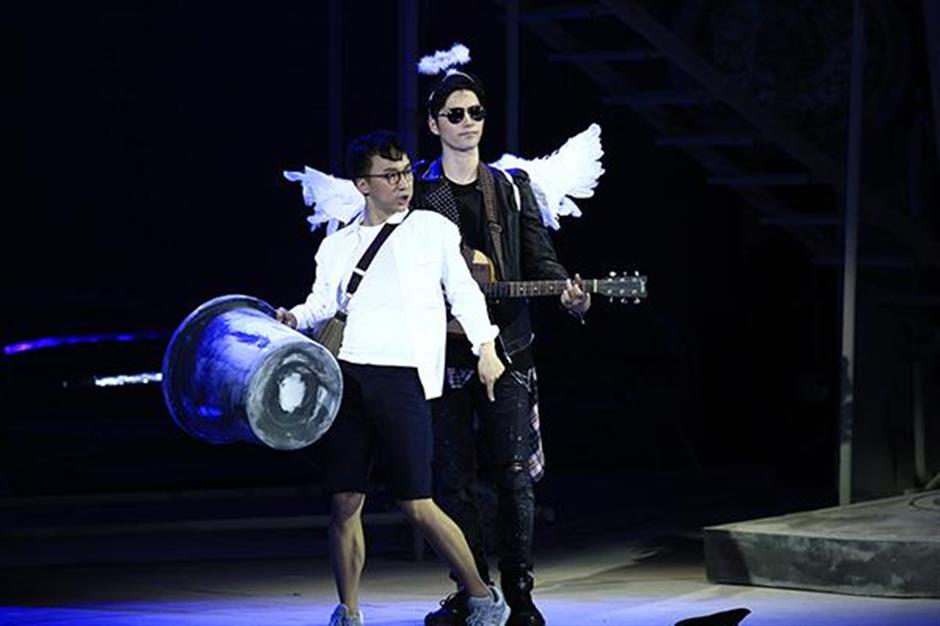 The Chinese version of the musical “My Bucket List” will return to the Shanghai stage at Theater Above from May 21 to 26, three years after its  debut.

The musical tells the story of two young men during their last few days of life. Rather than receiving treatment, 19-year-old Liu Bao chooses to complete his bucket list by doing things like giving a concert, marrying his idol and designing his own funeral. He hires a rebellious teenager, Yang Xiaoyu, who has previously attempted suicide, to help him.

“It makes me think about life’s true meaning and understand the value of time,” said Zhang Zhihan, who plays Yang in the show. “Everyone should be brave enough to live his life regardless of the time limit.”

While keeping the general structure of the original South Korean version, many Chinese jokes are carefully mixed into this version. It’s a story of laughter, instead of the one of tears.

After the performances in Shanghai, the musical will go on tour.

“We’ll make some small changes in different cities to make the musical more close to local life,” said director Ma Da, who was hooked at the idea of young men’s attitude toward death in the beginning.

“My actors are all young, and definitely cannot think that deeply about death, quite a heavy topic for them,” Ma said. “So I prefer the musical to be interpreted as a story about youth — everybody was once young and had dreams they wished to realize.”

Over three years, the musical has attracted an audience of more than 20,000, which is a huge success for a low-budget musical. Its online original soundtrack has been played more than 400,000 times.