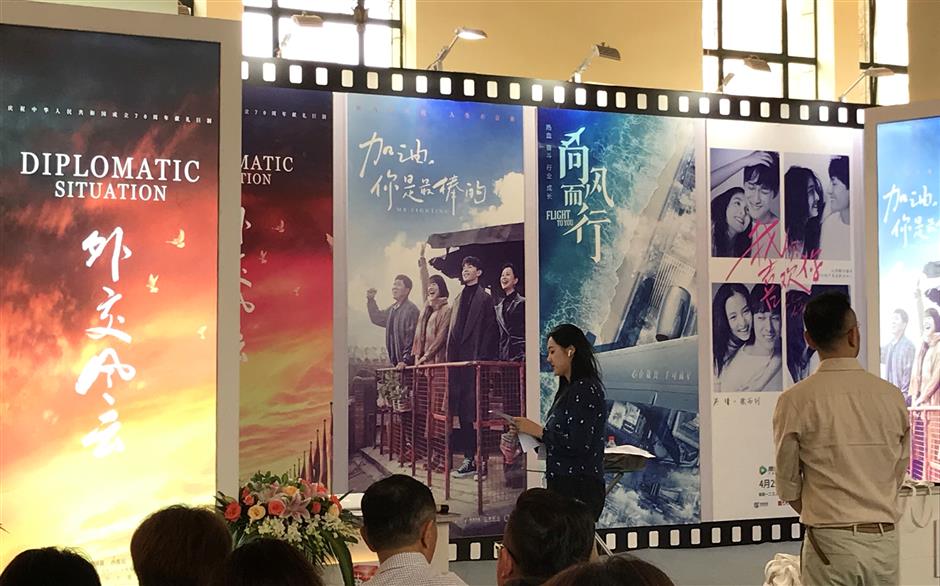 The latest drama series from Huace Group are announced at the 25th Shanghai TV Festival.

A number of TV series will be shown in tribute to the 70th anniversary of the founding of the People’s Republic of China, officials from Huace Group announced at the 25th Shanghai TV Festival on Tuesday.

Zhao Yifang, the group's founder and CEO, said the domestic TV industry was undergoing a critical period of transformation and upgrading, but it would not stop telling powerful and touching real-life stories to audiences worldwide.

Among the new series are epic drama “Diplomatic Situation,” romantic drama “Mr Fighting” and urban dramas “Perfect Partner” and “The Light of Life.”

They cover a wide range of genres, Zhao said, but most reflect the dreams, lives and emotions of today’s Chinese people, particularly when facing problems in careers and love.

“Diplomatic Situation” is about China’s diplomatic achievements over the past decades with many stories about the country’s diplomats on screen.

“Mr Fighting” focuses on young people’s pursuit of an acting dream but will also reflect the country's rapid social changes.

“The Light of Life” revolves around China’s unsung heroes who rescue people from natural disasters.

Industry insiders at the festival anticipate that realistic dramas will be taking center stage on domestic screens with creative perspectives of human stories and in-depth portrayals of people from all walks of life.